Corsair is finally coming out of the seemingly silent void it was in over the last couple of months and is announcing new products including a pair of SSD lines today.  The Reactor series of solid state drives will utilize the new JMicron JMF612 controller and a 128MB DDR2-based caching system for stutter-free performance and a reasonable cost.  The drive will be available in both 60GB and 120GB capacities with performance as high as 250 MB/s read and 170 MB/s on writes for the larger model.  You’ll be able to pick up the 60GB Reactor SSD for about $185 or the 120GB model for $349 at Newegg.com.  Those prices come in at just over $3.00/GB and $2.90/GB respectively. 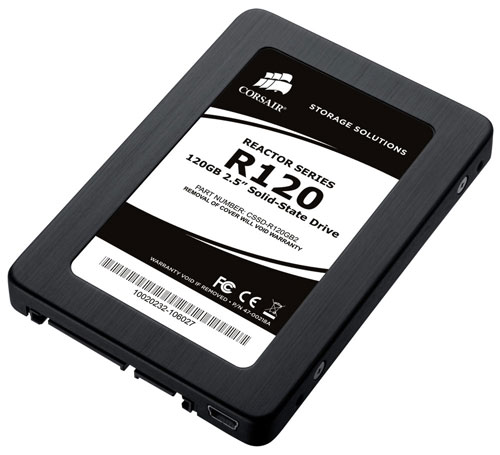 The second new SSD from Corsair is the Nova series that will use the Indilinx Barefoot SSD controller coupled with a 64MB memory cache for performance improvements.  This drive option will be available in similarly sized capacities of 64GB and 128GB while offering speeds up to 270 MB/s reads and 190 MB/s writes.  Prices on the Corsair Nova series is a bit higher at $199 for the 64GB model and $369 for the 128GB mode (both at Newegg.com as well) for a corresponding price/GB of $3.10 and $2.88. 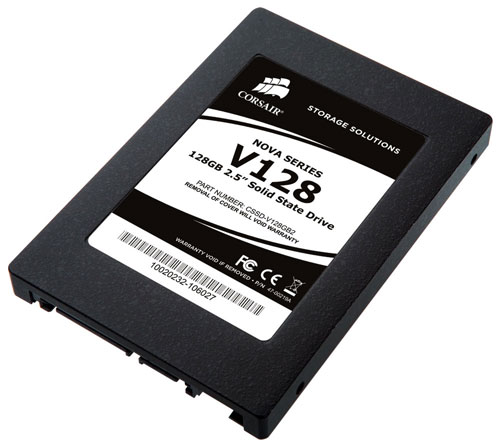 Both models are up and running with TRIM support for continuous stable performance under the Windows 7 operating system – if you haven’t seen or read about the benefits of a TRIM-configured SSD and OS, check out some our coverage here. 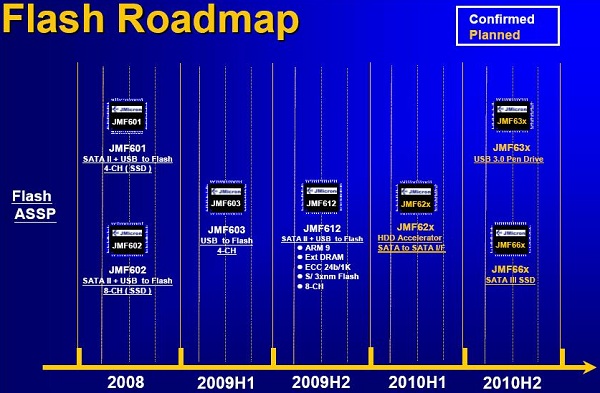 The JMicron 612 controller is an 8-channel SATA 3.0 Gb/s controller with an ARM 9 processing core at its heart


These new drivers certainly help the Corsair product road map look more complete and the prices are very competitive with their direct competition, the OCZ product lines like the Vertex series.  Intel continues to drop the prices on their drives and the X25-M might still be the best deal in the SSD market today but it is great to see more options available for consumers.

FREMONT, California, February 26, 2009 — Corsair, a worldwide leader in high-performance computer and flash memory products, today announced the addition of the Reactor Series and Nova Series to its family of solid-state drives (SSDs). Both the Nova Series and Reactor Series provide the performance benefits of solid-state technology at an attractive cost per gigabyte.

Both Reactor Series and Nova Series SSDs fully support the TRIM command in Microsoft Windows 7 operating systems, which automatically maintains optimal performance over the lifetime of the drives.

The Reactor Series and Nova Series are available immediately from Corsair’s authorized distributors and resellers worldwide and are backed by a Two-Year Limited Warranty. Complete customer support via telephone, email, forum and Tech Support Express is also available.

Images of the Corsair Reactor and Nova Series solid-state drives are available for download here.

About Corsair
Founded in 1994, Corsair specializes in premium, high-performance peripherals and components for personal computers. Corsair’s award-winning products are the delight of the world’s most demanding hardware enthusiasts. For more information, visit corsair.com. 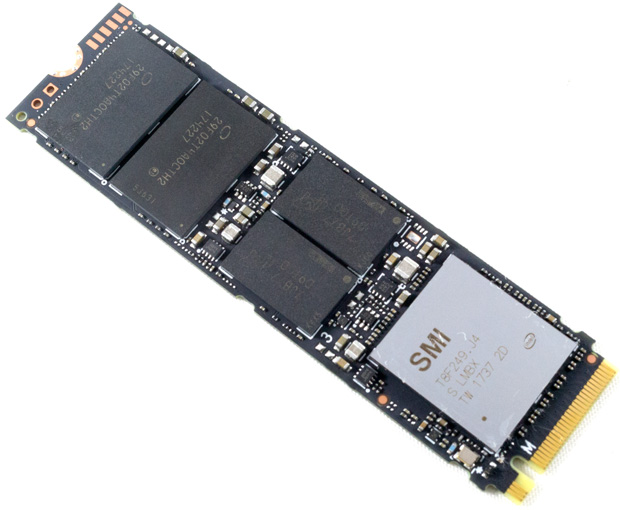