A Fistfull of Dollars…

Tired of waiting to dump that old CRT based TV and get a shiny, new widescreen LCD panel? Well, the time may finally be here to do that for a large portion of consumers. With LCD panel prices dropping, and old models being phased out for new. I was able to get my hands on the LG 47LH30 widescreen high definition TV for a very attractive price, and thought that I would share my experiences with our readers.

Owning a widescreen TV has been a goal of mine for some time.  Unfortunately, life and circumstances have created many hurdles over the years to preclude me from doing such a thing.  Though after taking a look at the technology, and where it has come, one has to wonder in my case if I did not experience a somewhat serendipitous moment when I stumbled upon a special being offered at Newegg this last week. 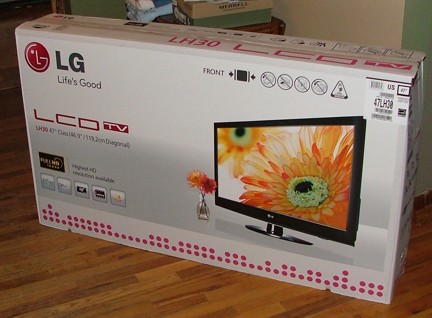 The box was in really good shape after it was shipped UPS to me.  A small blessing!


Last year was somewhat of a breakthrough year for large LCD screens.  Manufacturers were able to create larger and larger LCDs in a cost effective manner, and we also saw the legal outcome of the price fixing scandal that plagued the larger LCD manufacturers.  The combination of this, plus the weak world economy, has lead to a far greater erosion of large LCD prices than we had experienced before.  Combine these factors with the typically slow Q1 selling season for electronics and computers, and the introduction of New Year models, we have seen some very stunning deals on these screens.

When we look at where the technology has come in the past years, we see very feature rich products that are being offered at near-bargain basement prices.  What was considered high end two years ago is now old news.  The introduction of new features such as LED backlighting and 120 Hz/240 Hz playback have created a market rich in affordable products that still support CCFL lighting and 60 Hz playback.  While LED backlighting is a huge improvement in power consumption and visual quality (higher contrast, deeper and more defined blacks), there is still much debate over the higher refresh rates.

Throughout this new year we can expect to see far more interesting deals on these “older” products.  For this review I am covering what has turned out to be one of the most interesting, and compelling deals that Newegg and LG has ever offered. 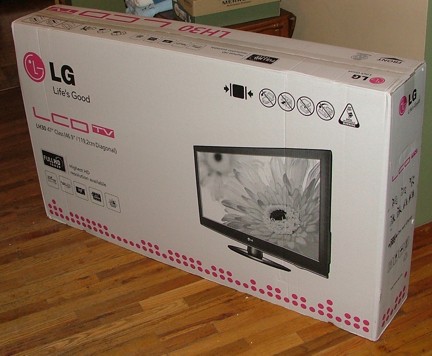 And the back of the box.  Again, minimal shipping damage.

My first bump into LG was around 1990, and the experience was not positive.  Back in those days LG was considered a very low end competitor in the electronics world.  The first LG monitor I had used was a 14” SVGA CRT that was… unimpressive in many ways.  It was fuzzy where other monitors with the same dot pitch were sharp.  After a couple months of use the screen developed a yellow tinge that could not be removed, no matter how the settings were adjusted.  My experience with this particular LG product and others like it at this time was very poor.  Around the industry it was considered to be very low end, and was reflective of the overall opinion of Korean products.

Fast forward 20 years and our ideas of “cheap Korean products” have changed dramatically.  Manufacturers like Kia and Hyundai, once uncompetitive members of the international automotive industry, have actually risen to the level of the pricier Japanese products while still bringing tremendous value.  The Korean electronics industry has also followed suit.  Samsung and LG are certainly ones which have stepped up to be on the same level as more established companies like Sony and Toshiba. 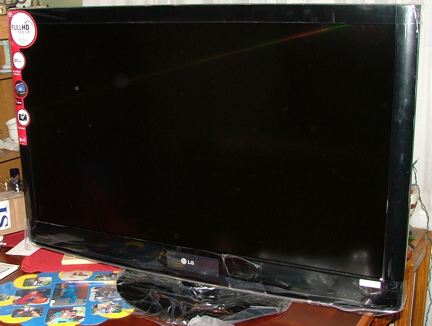 The plastic adhesive wrap protects the shiny part from dings, scratches, and smudges when moving the panel.  Oh, and its big.


LG and its subsidiaries are among the top three manufacturers of large LCD panels.  LG Display is actually an independent company spun off from the parent, and they sell their panels to many clients around the world.  The LG parent company also buys many of its panels from LG Display, and likely at a preferred rate.

LG Display has taken over the primary manufacturing of IPS based panels, which were initially developed by Hitachi in 1996. 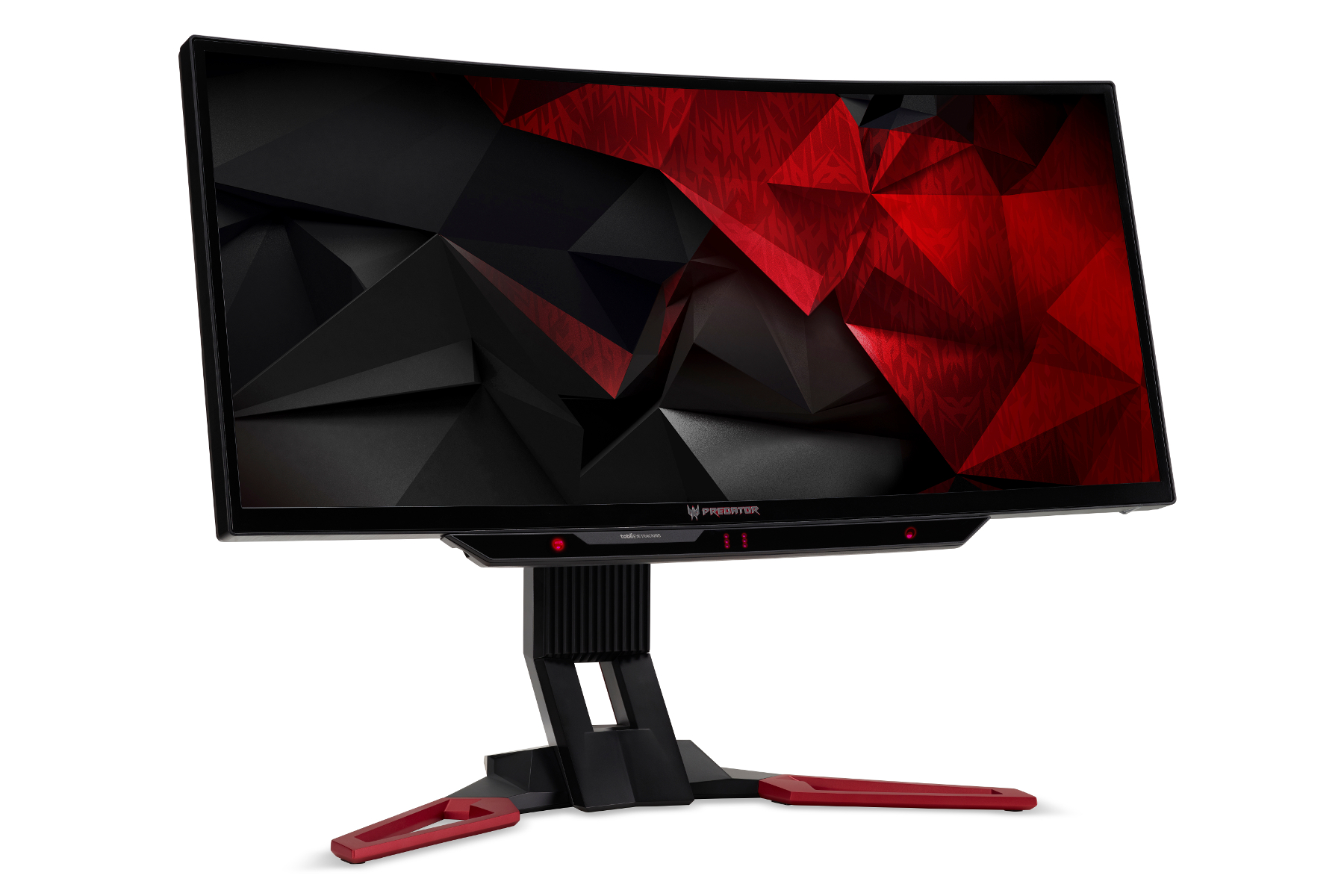 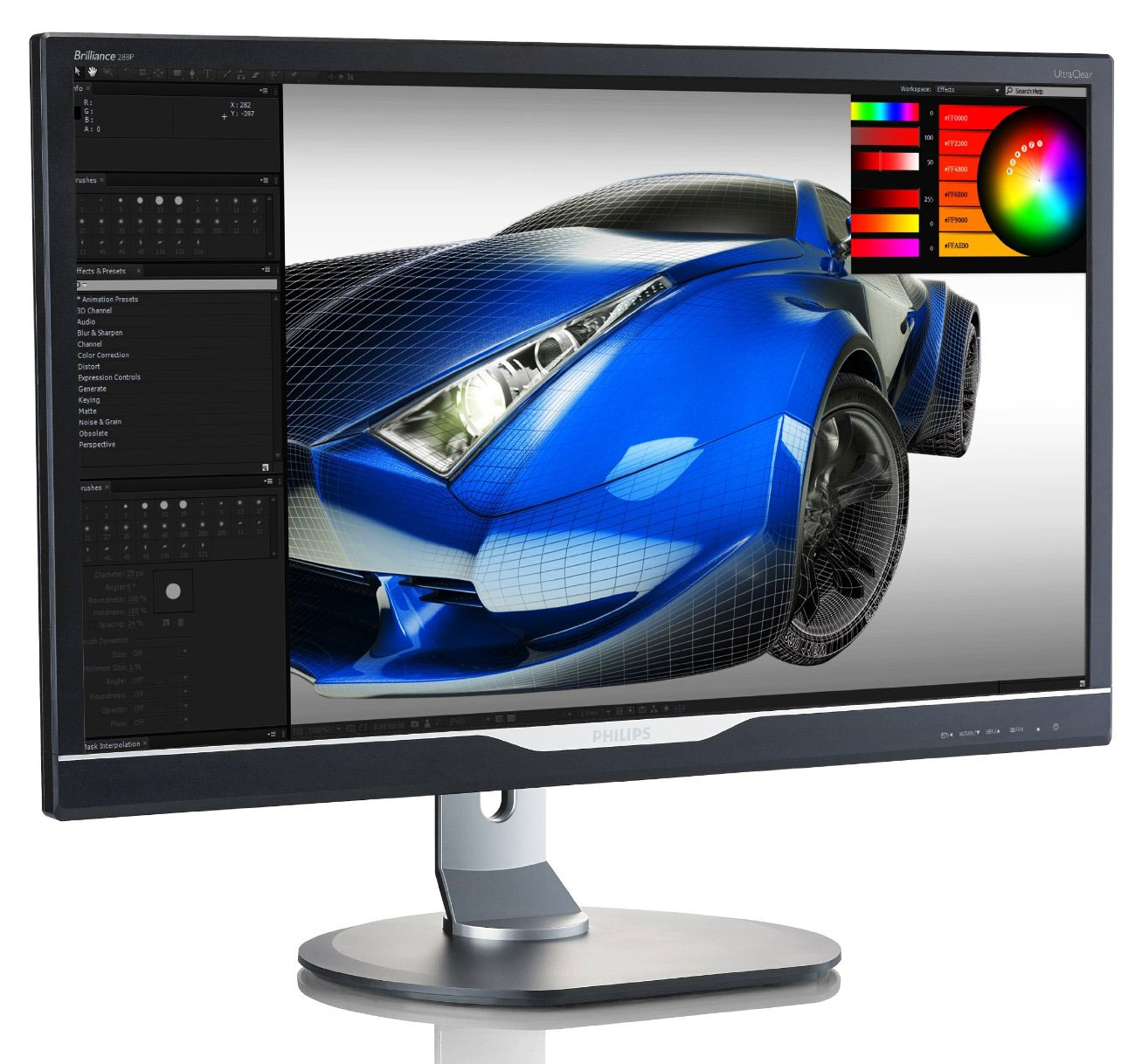