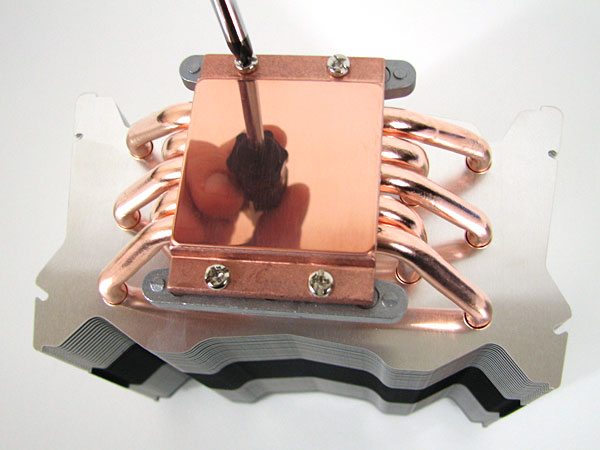 We installed the CNPS10X Flex using the LGA 1156 mounting configuration. This involved a few steps that we will outline in this section of the review. The first thing we had to do was loosen the four screws at the base of the heatsink. This is where we installed the mounting brackets that have holes to secure the heatsink to the motherboard. 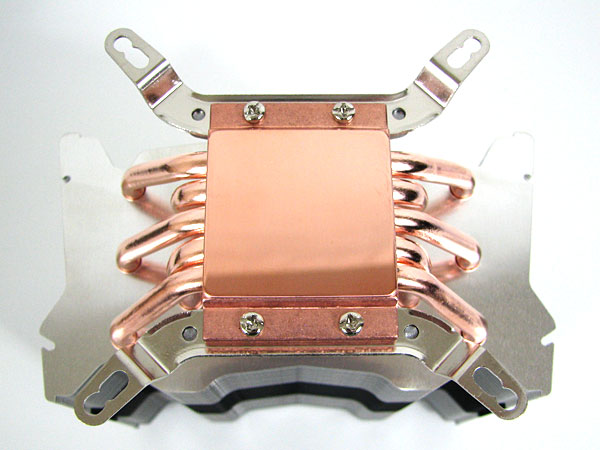 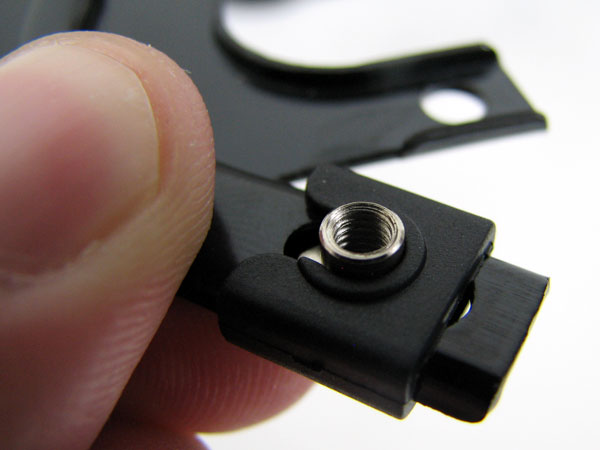 The next step in the installation process was to configure the universal backplate for our LGA 1156 processor. To do this, we had to slide in a nut and side cap to lock the nut into the correct position. We did this on all four sides of the backplate. 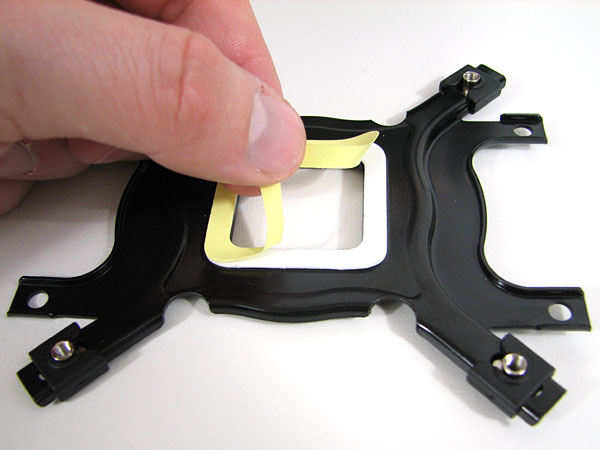 The next step was to add a thin strip of double-sided tape that will be used to secure the universal backplate to the back of the motherboard. 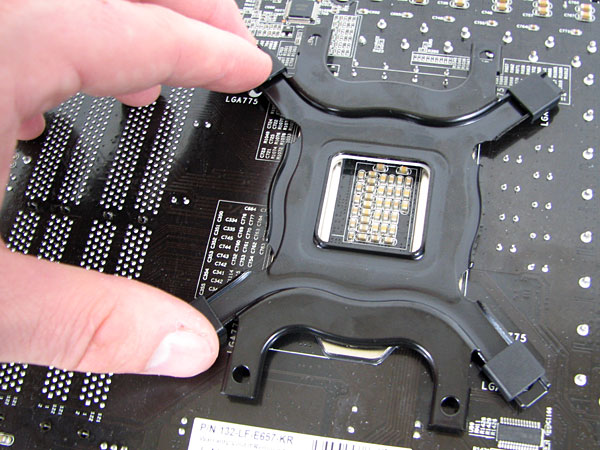 Here’s a quick shot of the backplate secured to the back of our EVGA P55 FTW motherboard. 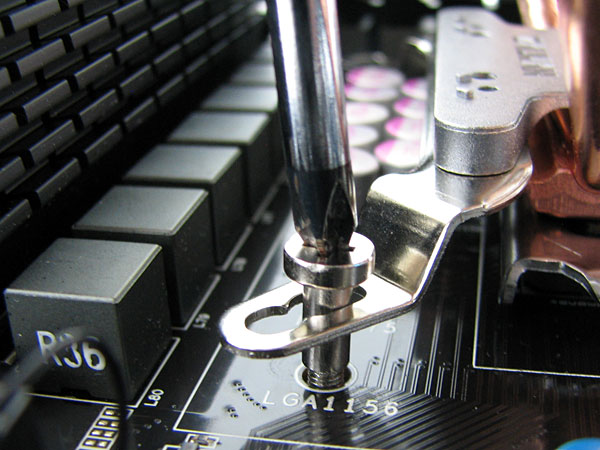 After installing the backplate, we put a thin layer of thermal grease on the CPU and placed the heatsink above it. We didn’t add any fans to the heatsink yet because we still needed access to the mounting holes shown above. After positioning it correctly, we alternated screwing down each side of the heatsink until it was perfectly snug and had a tight seal over the CPU. 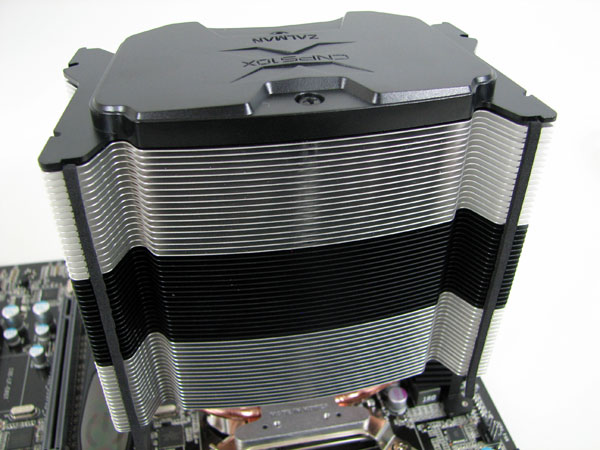 The next step was to install the two 120mm fans. To do this, we had to position small sound-dampening foam strips onto the heatsink. This will help reduce noise and vibration from both fans. 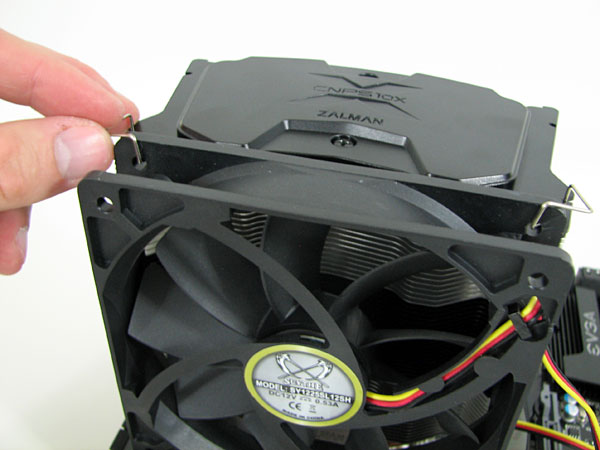 After installing the foam strips, we put each fan into their designated spots and used the provided fan clips to secure the fan to the heatsink. We did this on both sides of the heatsink. 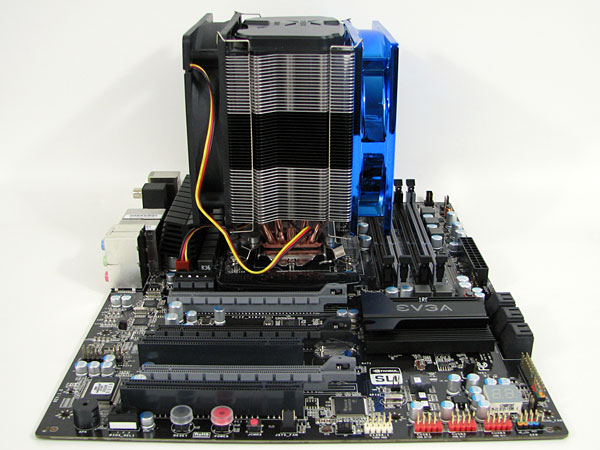 The entire installation took about 20 minutes and the hardest part of the entire process was actually installing the fans and fan clips. The actually mounting process went pretty smooth and we didn’t have a hard time screwing in the mounting screws into the backplate. Overall, it was an easy install with the exception of the fans, which also block the first DIMM on our motherboard, but we’ll get into this a bit more toward the end of our review.

The power that you paid for