AMD’s history of chipset releases have been bittersweet. Featuring cutting edge graphics and excellent performance, AMD’s chipsets have often been held back by their mediocre southbridge and I/O performance. AMD is hoping to change that by introducing the new 890GX, which features a redesigned northbridge as well as a new southbridge featuring the first native SATA 6G support.

If there was one area that AMD has improved upon immensely over the past few years, it has been in its chipset department.  Creating new chipsets are not easy, and certainly not all that profitable.  In the 1990s we had around a dozen chipset makers out there, and now we are essentially down to 3 and a half.  Intel is the biggest chipset manufacturer in the world and NVIDIA and AMD are fairly even in terms of actual shipped products (NVIDIA still ships a lot of 6000 series chipsets for the AMD market, plus the Ion chipset for the Intel side). 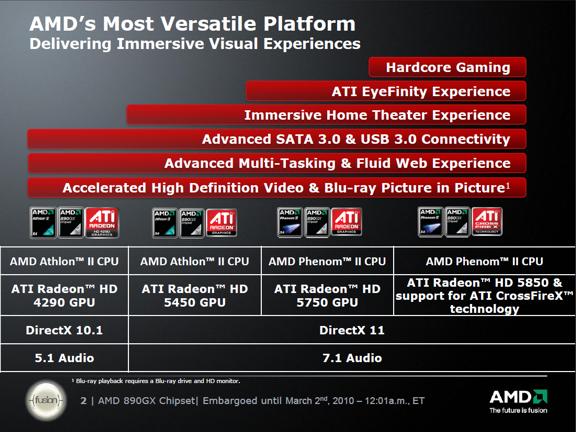 The AMD 800 chipset market divisions.  We are looking at the far left today.


Chipsets have been a mixed bag for AMD.  Their graphics performance has been top notch for the past few years, leading in terms of performance and features over everything else in the market.  On the other hand, the southbridge performance has left a lot to be desired.  The original ATI southbridges were so bug-ridden that many motherboard manufacturers chose to pair the ATI northbridge to a ULi southbridge.  That is, until NVIDIA bought out ULi.  Then that practice stopped, and motherboard manufacturers were again stuck with using the ATI southbridge.  ATI, now AMD, has improved their southbridge performance and features with the subsequent SB600 and SB700 series of chips, but they still were deficient in performance to the competition in terms of IOP/S with both their SATA and USB controllers.

The previous AMD 700 series of chipsets were all manufactured on TSMC’s 55 nm process, and the other strong suit that AMD’s chipsets had were their power consumption.  When directly compared to other comparable offerings, these chipsets would sip power.  Energy efficiency was a highlight of these chipsets, especially considering their competitive featureset and higher performance.  This was likely the primary reason why AMD was still able to hold its own in the laptop market, even with CPU products being produced on a manufacturing process one generation older than Intel’s cutting edge fabrication techniques. 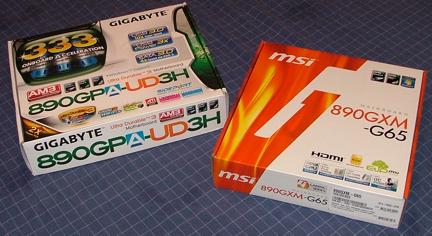 The two first AMD 890GX motherboards that most people can get a hold of.  Not shown is the Asus board that is also being launched today.


The original AMD 700 series of chips were released way back in late 2007, with updates in 2008 and 2009, culminating with the AMD 785G northbridge.  Now it is 2010, and we are looking upon a new generation of AMD 800 chipsets.  The first offering is the integrated 890GX, which is meant to replace the aging AMD 790GX.  The 890GX is an interesting mix of old and new, but will AMD finally get out from underneath the shadow of poor southbridge performance?  Good question actually… 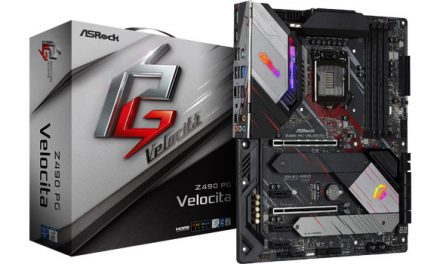