I was curious what the pure read performance using HDTach would be, as it is quite likely that first impressions of this device will be taken from here.  Though the drive I have is a SATA 2 compliant part, neither the SB750 or SB850 recognized it as such and set performance at SATA 150.  The short 8 MB zone test was used. 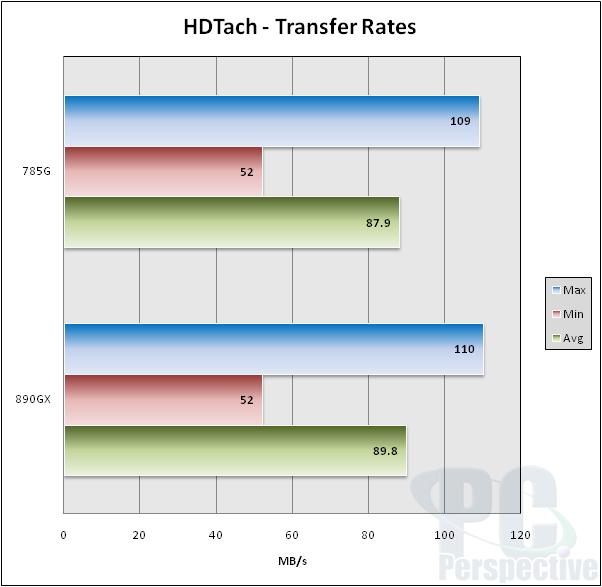 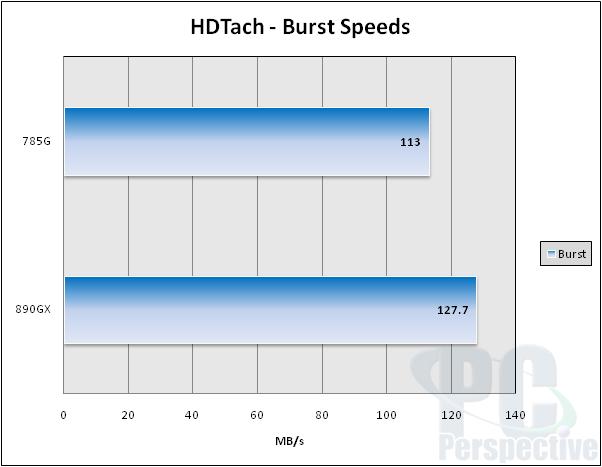 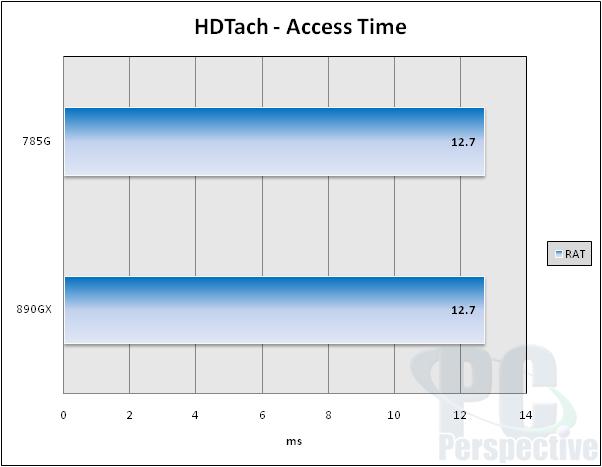 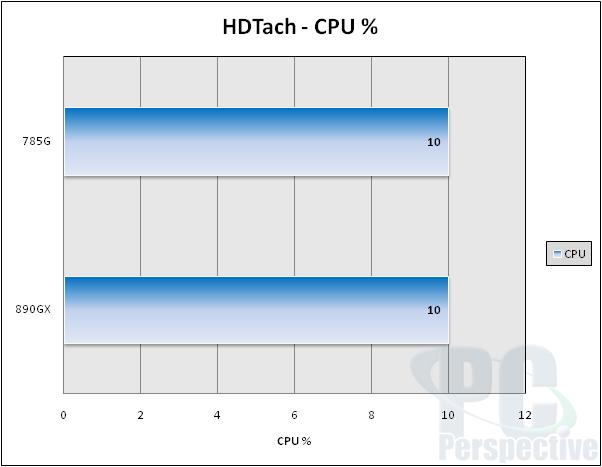 Well, these results look better overall, but obviously it does not tell the random read/write story that the SiSoft benchmark does.  Sure does do nicely in a straight line though!

Using the OCZ Rally2 USB flash device, I tested the overall USB performance of this chipset, as well as the NEC USB 3.0 controller.  Again, I do not have a native USB 3.0 storage device, but we hope to get one soon for this kind of testing. 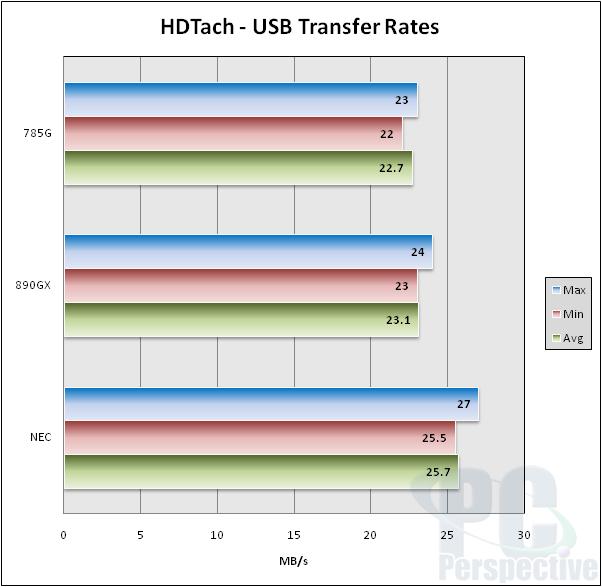 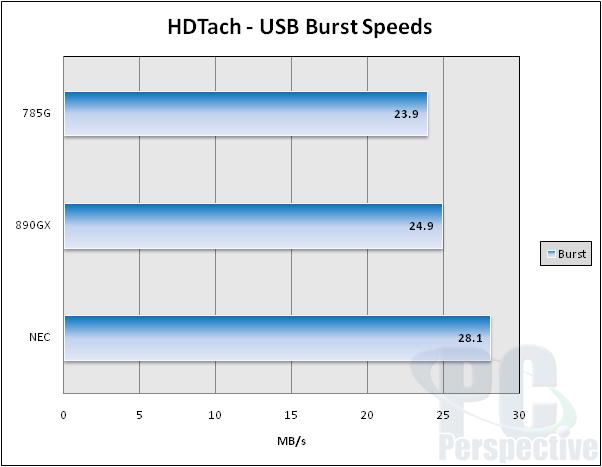 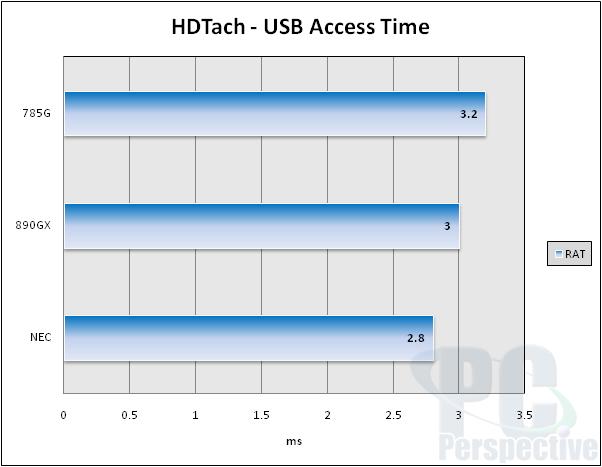 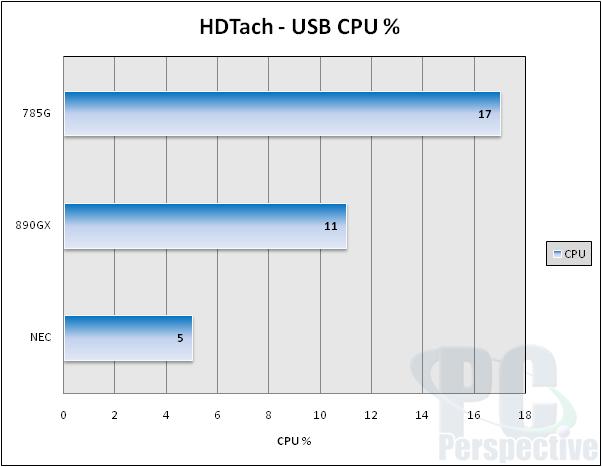 Well, these are some interesting results.  While obviously this flash stick is not the fastest storage device around, it shows very nicely the overall differences of the controllers.  For a change, the SB850 is now performing slightly better than the SB750, which in turn improved upon the miserable performance of the SB600.  However, there is a significant jump in performance when going to the NEC USB 3.0 controller.  In terms of overall percentages, it is significant.  And this isn’t even taking into account the USB 3.0 performance that is so far left untested.

An odd mix of features 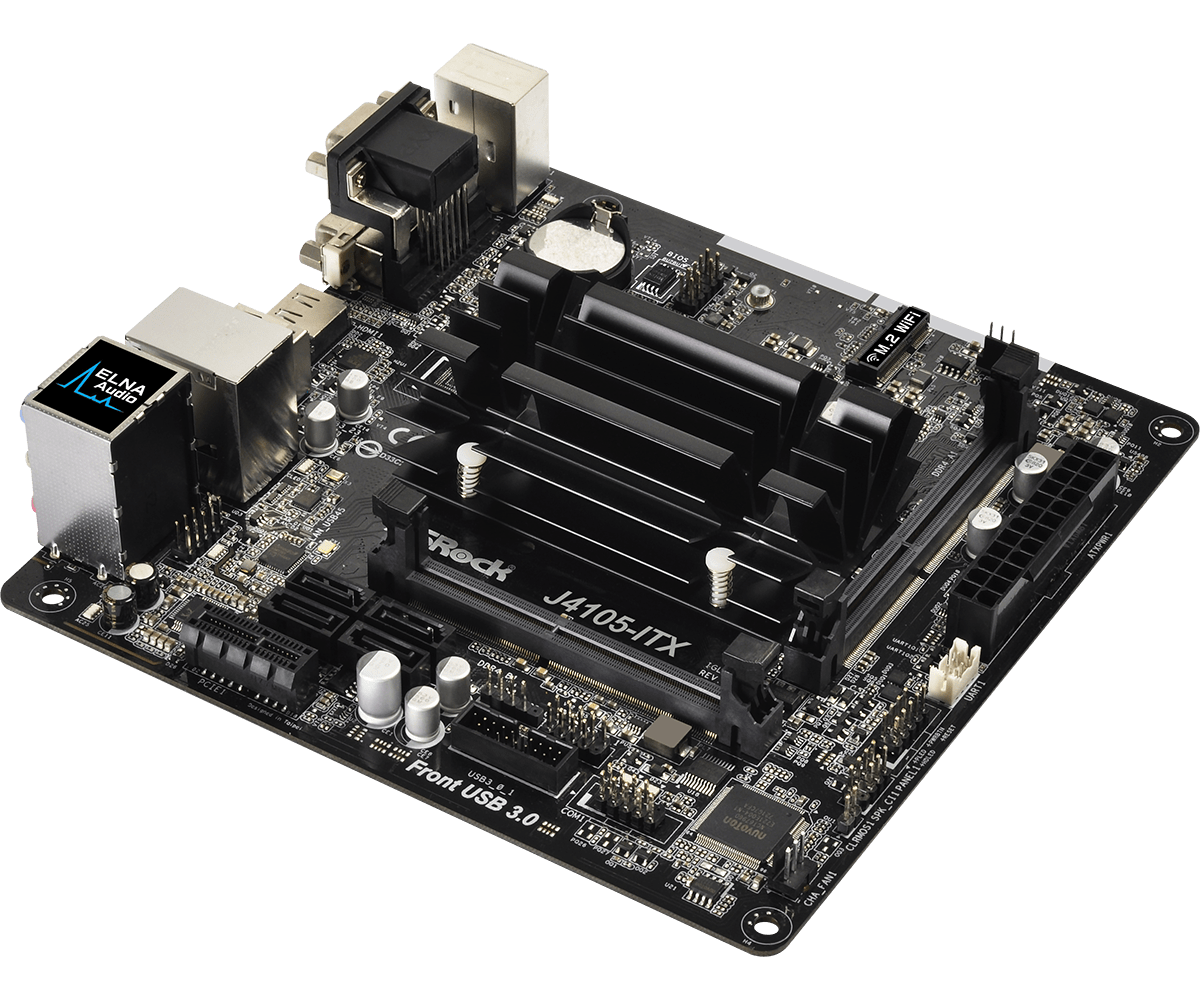