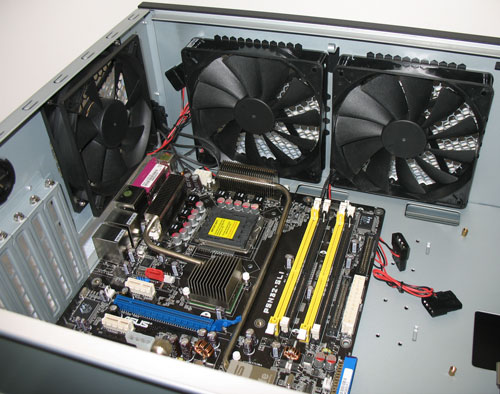 All four included fans incorporate 3-position (Hi-Med-Low) fan speed control switches.  The switches for the three Tri-Cool exhaust fans in the motherboard tray area are located at the top of the rear panel for easy access.

The large Big-Boy™ 200mm side intake fan also includes a 3-position slide switch but you have to take the side panel off to get to it. 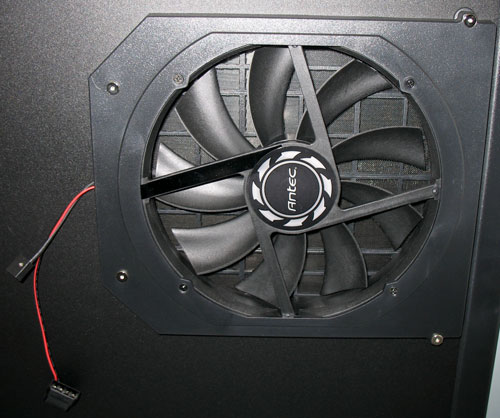 The combination of four fans with speed control makes for a very versatile cooling system.  Each user can fine tune the speed of the fans to provide the optimum balance between performance and noise.  I measured the P193 fan noise with all four fans running at three different speeds.  SPL measurements were recorded 3′ away from the rear of the case in a quiet room (28 dBA background).

With all four fans set on Low speed the P193 was quiet but not silent and still managed to generate good airflow.  Bumping up to Medium speed on all four fans increased the airflow noticeably along with the noise.  There was not a significant change going from Medium to High speed. 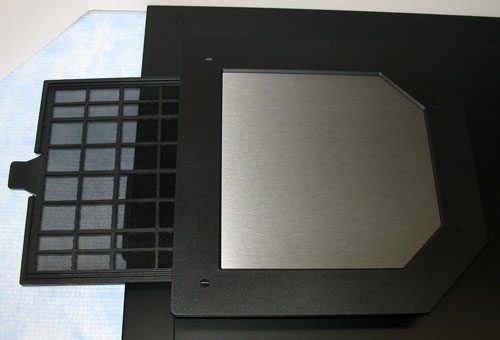 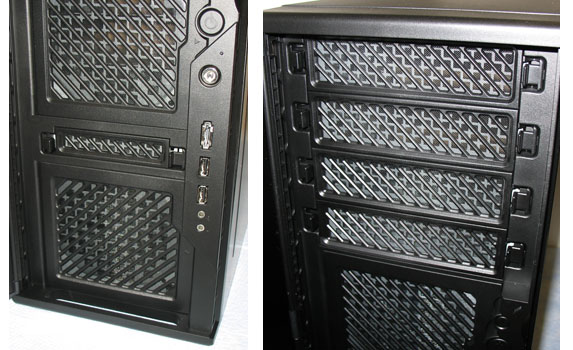 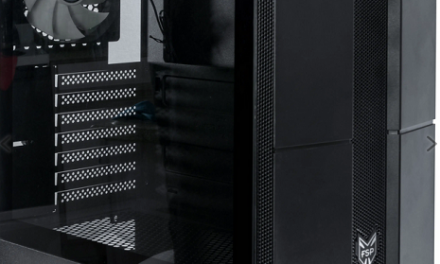 A fan for your notebook & More air cooling