In general, most people like to sit at least two or three times the screen width away from the display when watching a flat panel Plasma or LCD TV.  Ideally seats should not be positioned up against a wall, especially at the rear of the room if you want to use back surround speakers.

Note: When determining seating distance, use the width of the screen and not the diagonal measurement (a 55″ flat panel has a viewable width of 48″).

Of course not all seats can be located at the target position so some compromises will have to be made.  The actual location and seating distance is typically a little more flexible and forgiving when using a flat panel display versus using a front projector.

When using a front projector, the seating distance and arrangement becomes more rigid and more important.  Matching the proper seating distance to the screen size is critical when trying to achieve the maximum affect of total immersion.  Here again not all seats can be located at the target position so some compromises will have to be made.  This isn’t all bad as this allows some viewers to sit closer and others farther away depending on their personal preference.

Several criteria should be considered when deciding where (and how) to mount a front projector.

Any given projector will have a minimum and maximum mounting distance based on the optics of the lens.  To fill the desired screen size and focus properly a projector must be mounted within a min/max distance from the screen.  This is called the projector’s throw distance.  Once you decide on the projector you intend to use, check the manufacturer’s specs for the projectors throw distance and/or throw ratio. Each projector lens will have a set throw ratio, which is defined by the mounting distance divided by the screen width.  And since virtually all home theater projectors incorporate a zoom function the throw ratio becomes a range of ratios, from min to max.


For example: if you plan to use a screen that is 84″ wide and the throw ratio of the projector you plan to purchase is 1.37 to 2.88 then the throw distance will be between 115″ (9′-7″) minimum and 242″ (20′-2″) maximum.  This means the front of the projector can be mounted approximately 10′ to 20′ away from the screen.  In general it’s a good idea to stay away from either extreme but if you plan to use an anamorphic lens in front of your projector, you will most likely want to stay towards the longer mounting distance. 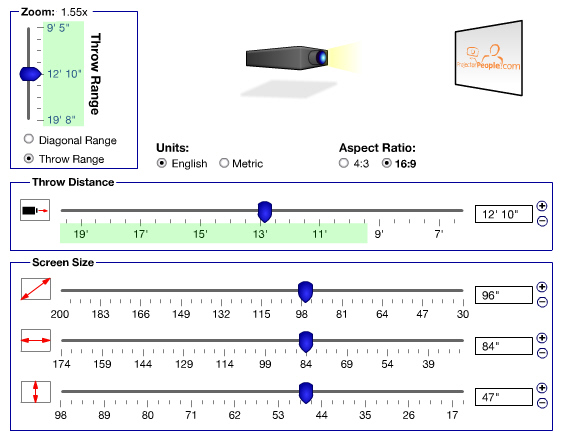 
Several online projector retailers offer an animated Calculator that will help you determine the optimal mounting distance for individual projectors. 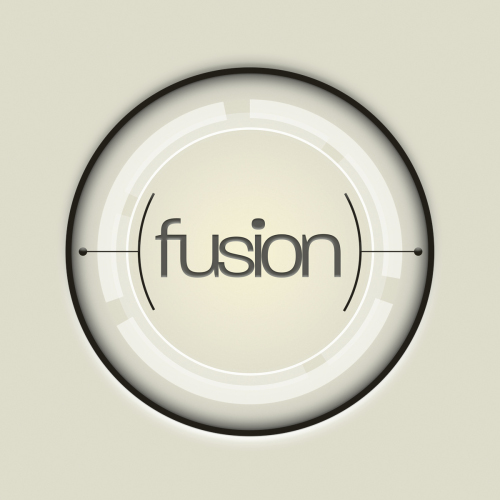