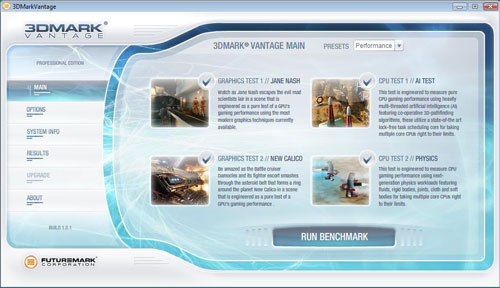 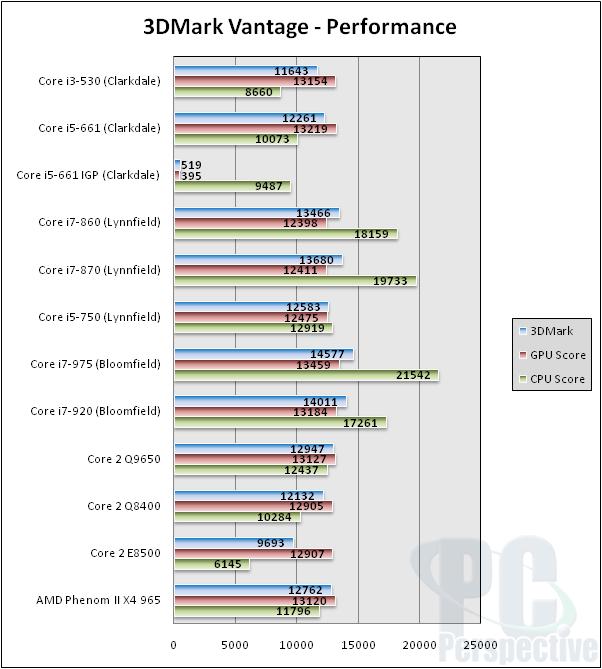 Even though the CPU score on the Core i3-530 is noticeably lower than the one from the Core i5-661, the overall 3DMark score is still pretty close.  That is important to remember for the tests below… 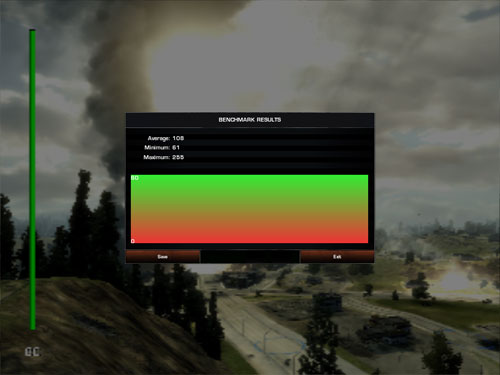 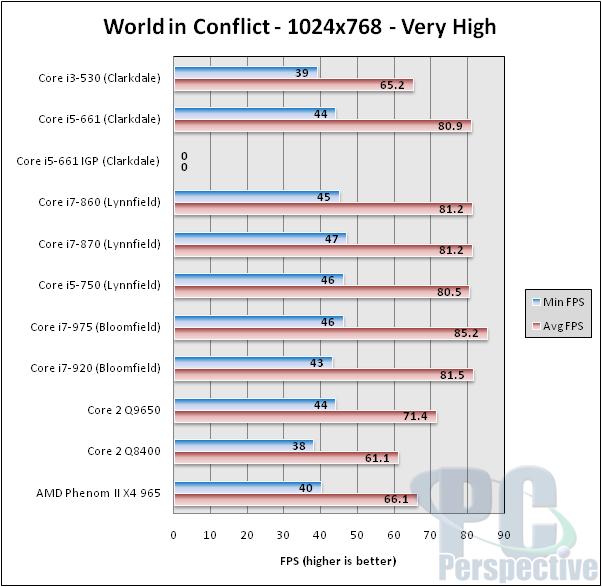 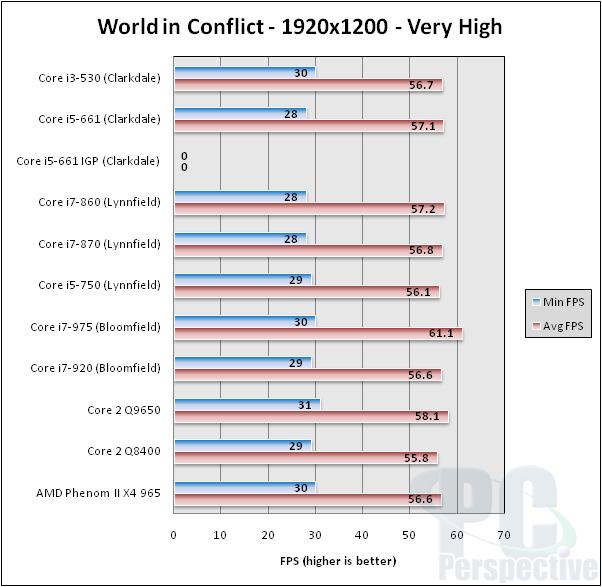 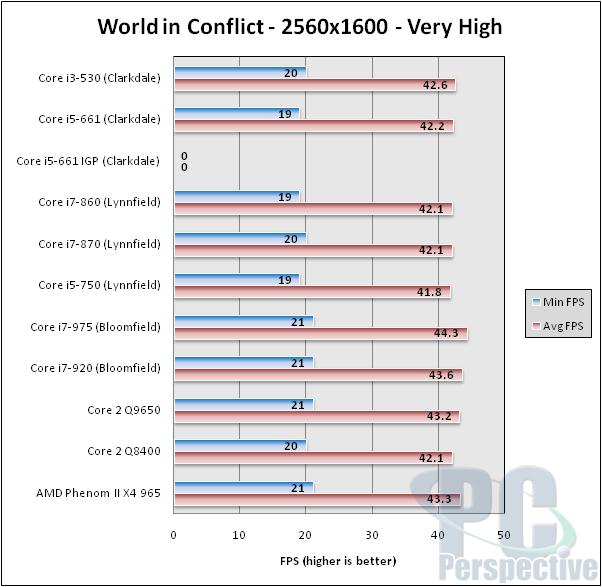 This is exactly why real-world gaming tests are so important in CPU reviews – if we had only run the 1024×768 resolution test we would assume that the Core i3-530 is about 25% slower than the Core i5-661.  But, when we get to resolutions that we think users are actually using on their desktop computers like 1920×1200, the difference between the two processors is essentially zero. In fact, the difference between the Core i3-530 and the Core i7-975 is only 1.7%! 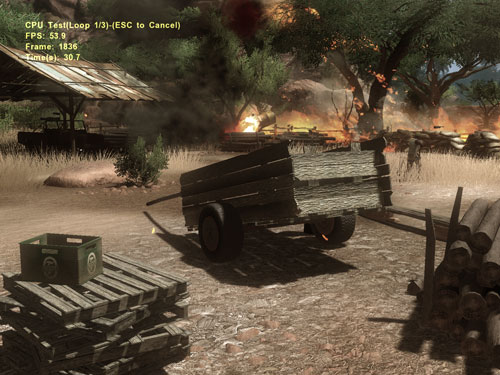 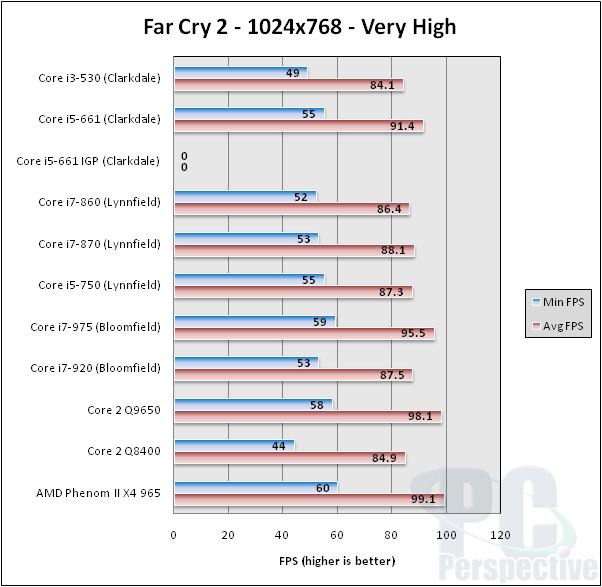 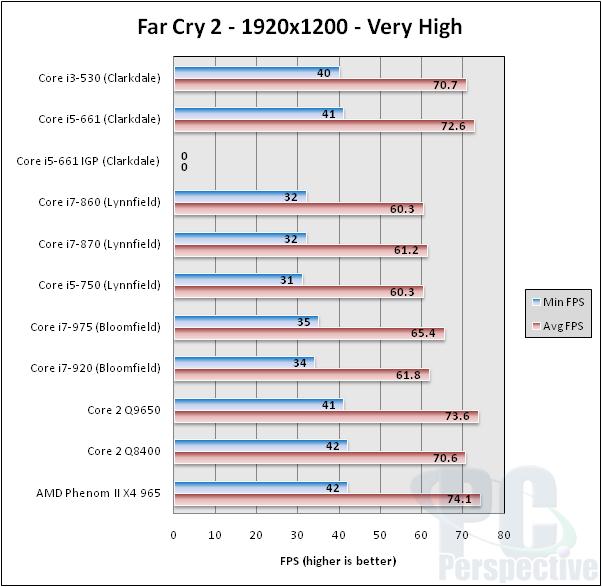 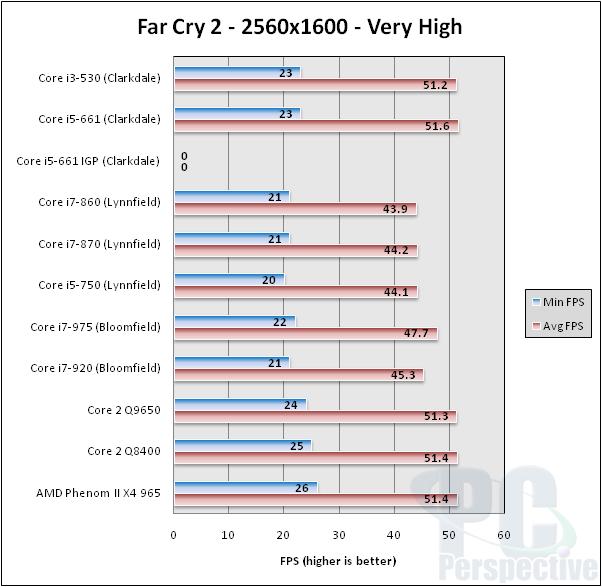 Results here are even more interesting – the Core i3 and Core i5 Clarkdale processors are actually BETTER performers than other, faster processors. 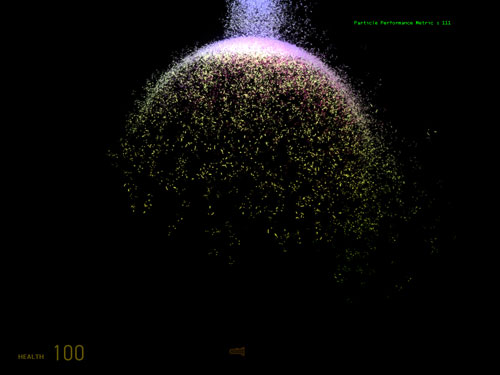 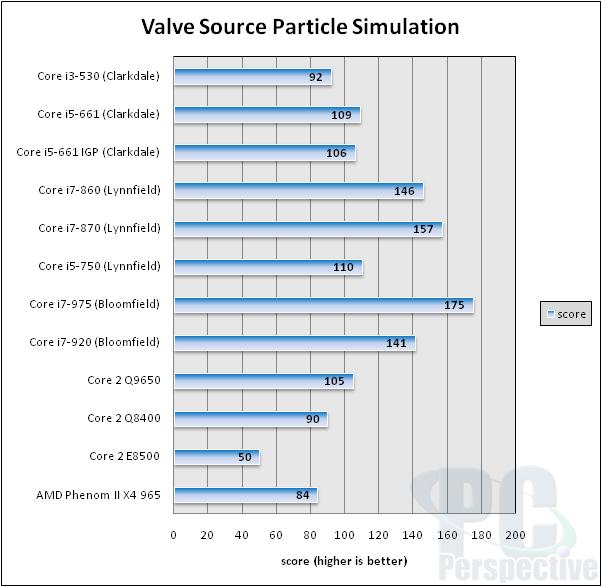 If we narrow this down to the actual components of the game engines, as the Valve particle test does, you’ll see that the Core i3-530 does in fact run a bit slower than the other Nehalem architecture processors though still within reason.


Valve Source Map Compilation
More of a developer test than gamer test, this benchmark is indicative of how long it takes a system to compile a map. 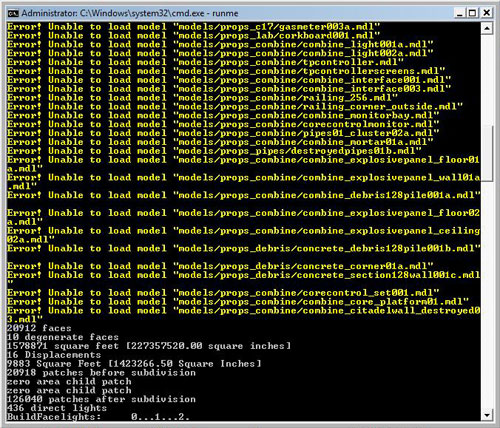 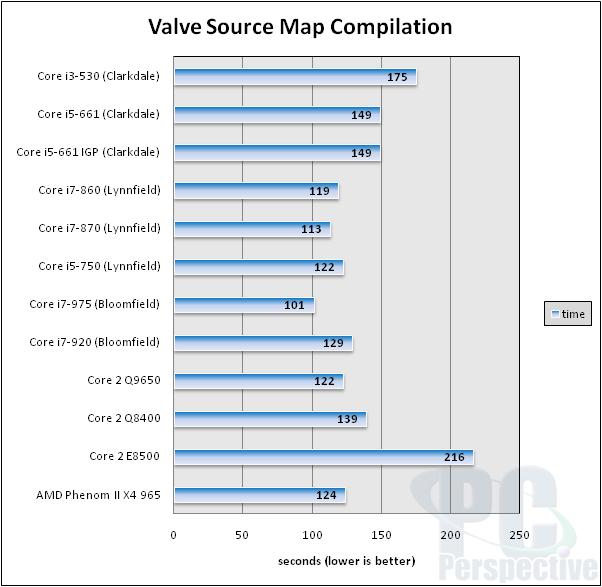 Another instance of the same from above: the Core i3-530 is slower in these individual functions than the competition but what really matters of course is our real-world game play results. 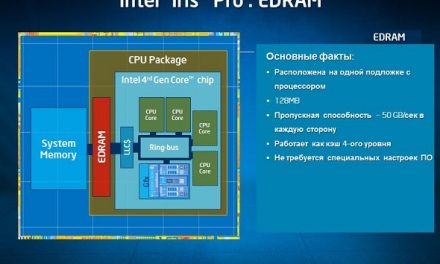