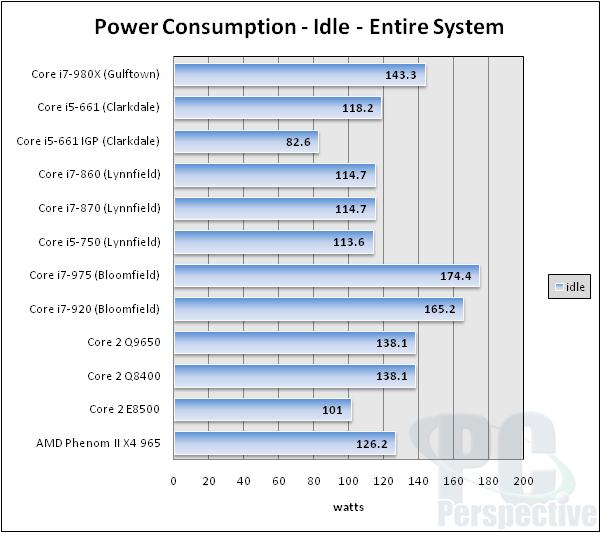 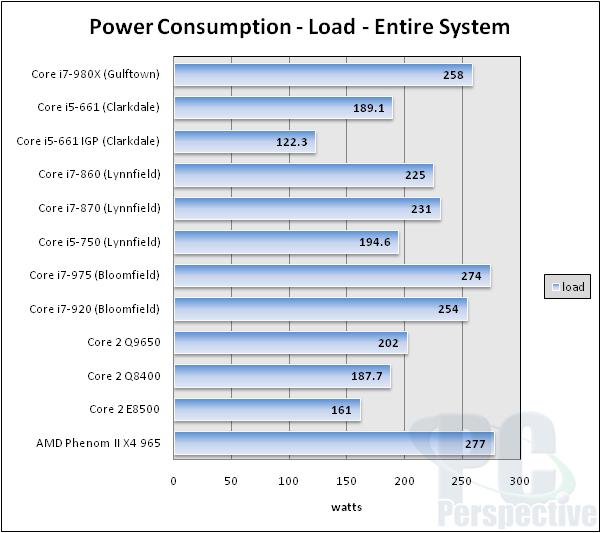 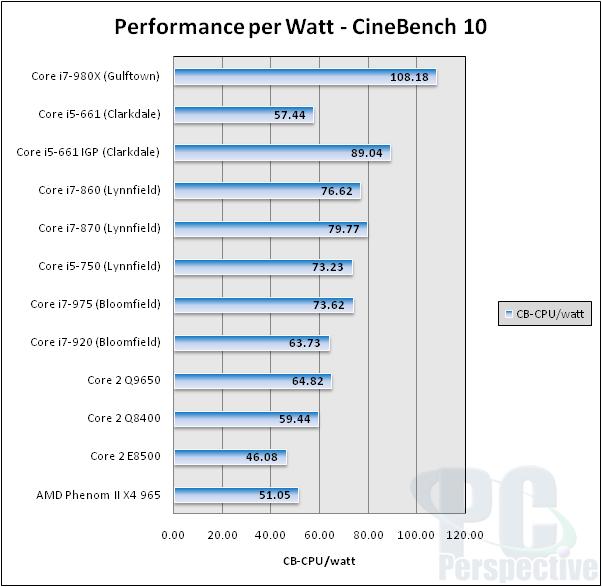 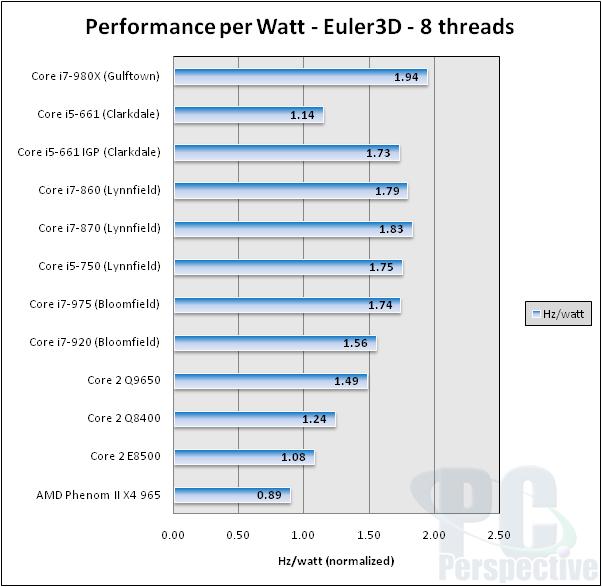 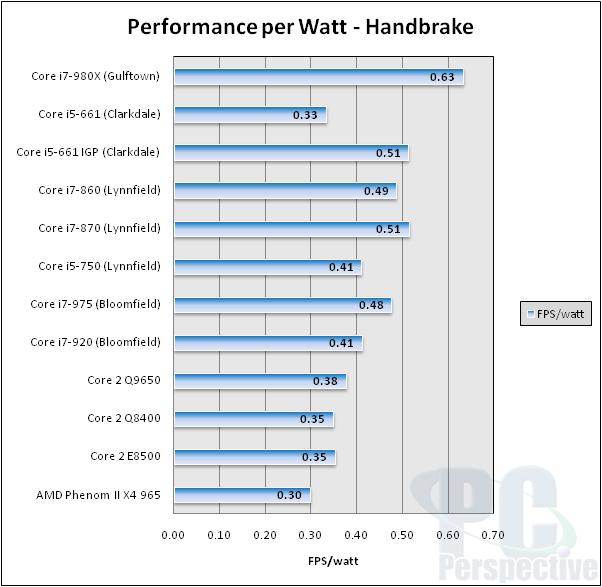 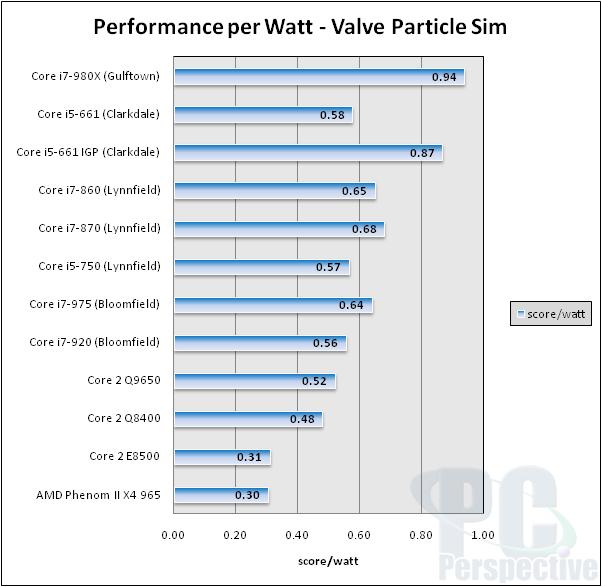 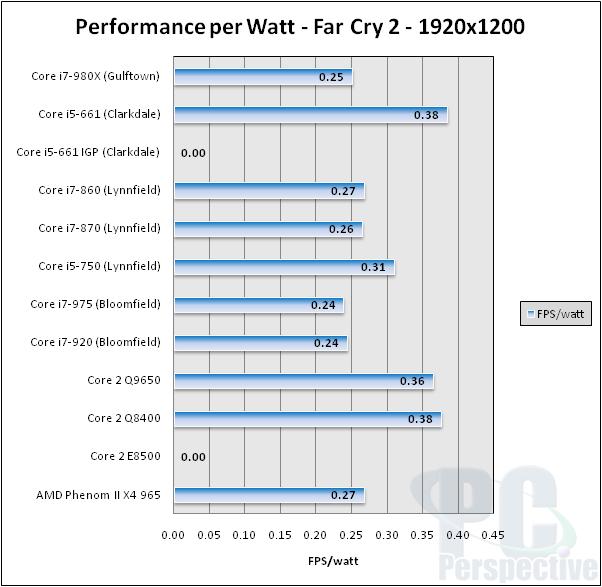 While I was impressed with the raw power consumption numbers of the Core i7-980X, the results in terms of power efficiency are even more impressive!  Because the Core i7-980X uses less power than the Core i7-975 while performing noticeably better in many cases, it makes sense that effective result is a much more efficient CPU when you are utilizing all the available processing ability.  The only outlier is in Far Cry 2 where the performance / watt is actually right on par with the other Core i7 LGA1366 processors.