The actual GPU itself can have its voltage adjusted, which should allow for greater overclocking as compared to the reference design.  This will of course increase the power draw of the card, because raising the voltage on 1.06 billion transistors is not exactly a small change.  Hence the reason for the robust cooling on this card.

The PCB design has two interesting little additions.  There are two areas where a user with a voltmeter can check the voltage being supplied to the GPU and to the memory.  MSI includes a little 2-wire jobbie which allows connection between the voltmeter’s probes and the card.  This is something that likely is not going to be used by the majority of users out there, but for those hoping to break some speed records while using LN2 cooling or dry ice, it is something that will be highly appreciated. 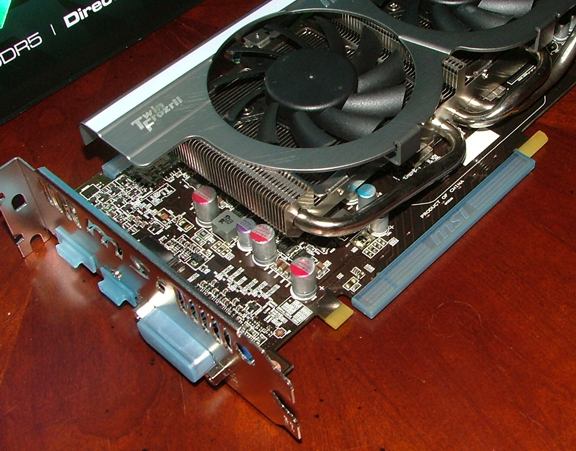 MSI has certainly protected all of the connections on their card… but I honestly wonder how needed these little pieces are?


The final feature that MSI adds into this mix is their Afterburner overclocking software.  This suite was developed in conjunction with the fine folks from Rivatuner.  This will adjust the voltages, fan speeds, and clock speeds of the card.  The user interface is exceptionally easy to understand and use, and it provides enough options to get any user into as much trouble as they want.  Feel like changing the auto-fan profile so it stays quiet even when heat goes up?  Not a problem.  Push the fan to high speeds at low temps to keep an overclock cool?  A few clicks and the profile is changed.

Perhaps the best part of this card is the price.  Originally many were expecting the MSI R5770 to be in the $190 to $200 range, which is a big step up in price from a stock HD 5770.  Happily I can report that it is available online for around $179 US.  In fact, it is one of the cheaper pre-overclocked cards out there.  I have even seen it offered as low as $154 after MIR.

The one interesting design decision that may or may not be important to users is the lack of a second CrossFire connector at the top of the card.  MSI has designed only one in, so it can do a max of 2X R5770s in CrossFire at any one time.  Perhaps after weighing design and pricing decisions, MSI thought they could create a better overall design with the space saved by not including the second connection.  Plus, how many users are going to triple CrossFire a HD 5770 card in the first place?  It would likely make more sense to just go with a single HD 5870 for the price.

The board was set up in an open testing environment, so an enclosed case was not adding any potential heat load.  The testing area was kept around 68 F at all times. 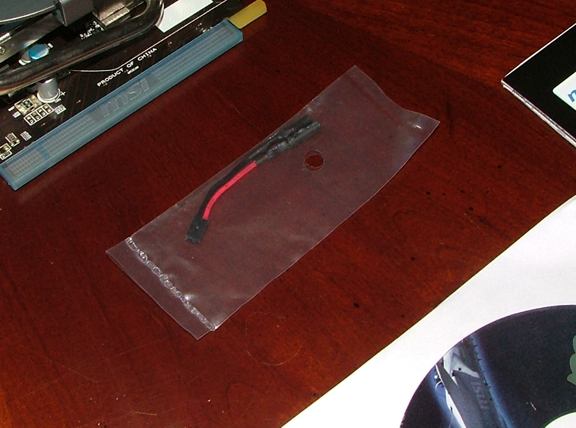 This is the voltmeter attachment that the heavy duty enthusiasts can use to monitor the voltage on both the GPU and memory.


The latest Catalyst 10.2 drivers were used for the tested cards, and results are nearly identical to Catalyst 10.1 so far in my testing.  For comparative testing I used the Asus EAH5750 and a reference AMD HD 4870 512 MB.