This card is designed to be overclocked.  From the cooling, to the power delivery system, to the bundled software… this just screamed to be overclocked.  The card is of course lightly overclocked already to 875 MHz at stock voltages.  Before getting into overclocking, I decided to take a look at power consumption in its native state. 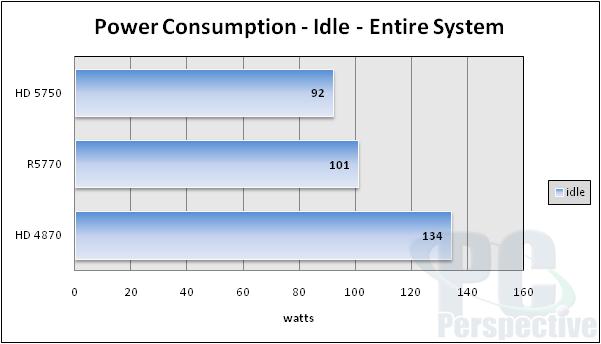 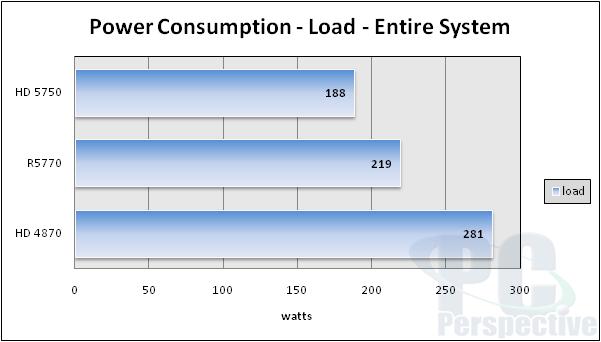 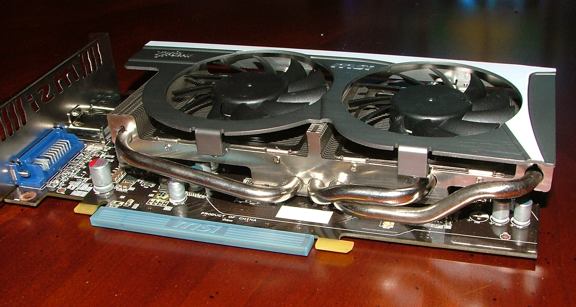 No Super Pipe for you!  Instead a few of the more regular sized heatpipes are used.  The heatsink itself is pretty large, and the base is nickel plated copper.


I was able to achieve a stable 1 GHz overclock, though it took some extra voltage.  1.21 volts to be exact.  1.12 volts are stock for this particular product, so it was a pretty hefty bump.  Afterburner allows up to 1.3 volts, but considering the complexity of the part I would not be too trusting of running at that particular voltage for long. 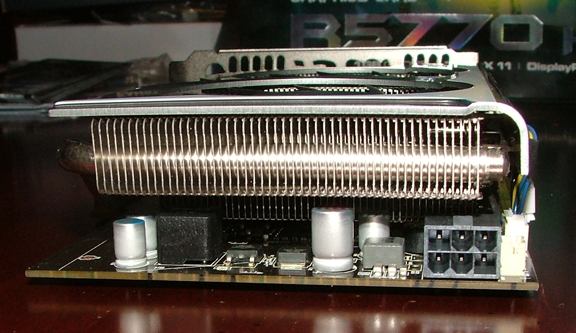 The single PCI-E Power plug supplies the entire card with enough juice to run it as fast as a user can push.  MSI claims that all the power components are “Military Grade”.

Fan noise is a major issue for many users, and considering that this one has two it is important to mention it.  At 100% the fans have a very loud whine to them, and it would quickly become intolerable.  At 75% the fan noise is just noticeable above the fans of the power supply and CPU (neither of which are all that noisy).  At 70% there is no apparent noise coming from the card, and whatever noise it is producing is drowned out by the CPU and power supply fans.  At 70%, the GPU was kept in the 50C to 60C range in regards to heat, no matter what the load at stock speeds.