Final Thoughts on the state of graphics

This was a big product launch with a lot of data and opinions behind it.  Let’s wrap it all up into something sensible.

There is a lot to think about in terms of the performance results from our time testing the new GeForce GTX 480 and GTX 470 graphics cards.  If we look at the numbers in their most raw form, the results are pretty damn impressive as NVIDIA is able to get more out of a single GPU (and 3.2 billion transistors) than anyone else has been able to do.  Compared to the Radeon HD 5870, AMD’s fastest single-GPU graphics solution, the GTX 480 is a dominant force that only on a very rare occasion left the door open for AMD.  In games from Batman to Far Cry 2 and even DiRT 2 and the new Metro 2033, if you require a single GPU solution then the GTX 480 is going to be the best performing option for you.

But bottling us into a single GPU is a bit of a misnomer.  What about the fastest single graphics card?  That would still fall into the hands of the Radeon HD 5970 – the dual-Evergreen part that was released in November of last year.  Though availability and pricing on it has seemed to fall off the face of the Earth, if AMD picks up production on it again and lowers the price, it still makes a case to being the best possible enthusiast gaming graphics card.

The GeForce GTX 470 is in a slightly different situation as we find its performance much closer to that of the HD 5870 but at a lower price.  This makes the GTX 470 a very attractive option for gamers looking for great DX11 performance on a tighter budget than the current $429 pricing on the HD 5870 will allow.  Plus, for the $50 difference in cost, I think the GTX 470 is the easy choice over the HD 5850 based on the performance deltas we saw between the two options in our testing today. 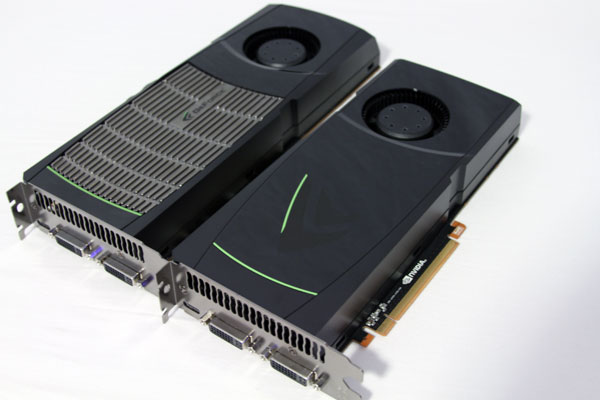 Other measures of performance aren’t as kind to the GF100 – especially if we look at efficiency and the dreaded “performance per watt”.  We saw in our power consumption results on the previous page that the GTX 480 used 137 watts MORE power than the HD 5870 – that is a HUGE amount and could put significant strain on your average power supply.  Even taking the entire system into account, that is a 44% rise over what the HD 5870 configuration was pulling from the wall so it is academic at best to demonstrate how much more efficient the Evergreen architecture is compared to what NVIDIA has built with the GF100.

The only saving grace for NVIDIA is that its highly likely that most gamers still don’t care about their power bills.

One thing AMD did very well with its last product release is not only increase performance but offer up a host of new features to sweeten the deal.  NVIDIA is making an attempt to do the same thing but it’s hard to not see their solutions as a “me too” effort.  NVIDIA is definitely pushing the new “NVIDIA Surround” feature that will allow gamers to run three monitors for gaming – very similar to the AMD Eyefinity technology we have raved about here for some time.  The problem with this of course is that with NVIDIA’s solution, you are going to be required to have an SLI configuration to run more than two monitors – each GF100 card only supports two simultaneous displays.  That basically doubles the price of entry into the NVIDIA Surround market and while the argument can be made that only those truly hardcore gamers with SLI would want three displays anyway, it is not a restriction that AMD placed on its customers.

A positive for NVIDIA though is the coming release of 3D Vision Surround – a three-monitor gaming configuration that uses 120 Hz monitors to support the 3D Vision technology that uses active shutter glasses for a great 3D gaming effect.  (You can see our review of the initial 3D Vision setup from January of 2009 here.)  I have seen 3D Vision Surround at work and if you like multi-monitor gaming and you like 3D gaming, then you are going to like this.  There are some potential issues though: angling the screens in to “wrap” around you might not be possible because of the angle the 3D glasses restrict your viewing to, etc.  Overall though, this is a unique feature that AMD will not be offering any time soon and could be a differentiating feature for gamers considering going multi-display.

I don’t want to leave out support for technologies like CUDA and PhysX – more and more applications and games are utilizing them, including the recently released “Just Cause” PC title.  CUDA applications are still few and far between but if you have found one that interests you then the GTX 480/470 are going to provide some interesting performance gains there as well.  And even though AMD is touting their open physics and open stereoscopic 3D initiatives, until we see real results we can use and play with on our own, then NVIDIA has the advantage here.

We went over pricing on the test configuration page, but here it is again:
Obviously the GTX 480 and GTX 470 are priced competitively based on where they land in terms of performance.  The hard-to-find Radeon HD 5970 is simply way too high at $699 when we see how close the GTX 480 came to it in our benchmarks.  The HD 5870, at $429, is obviously slower than the GTX 480 but is that difference enough to warrant the $80-100 price premium NVIDIA is asking?  Looking at the GTX 470 it sits well between the HD 5870 and the HD 5850 though in my tests it performs much closer to the HD 5870 than we had expected making it a pretty attractive deal for an enthusiast gamer. 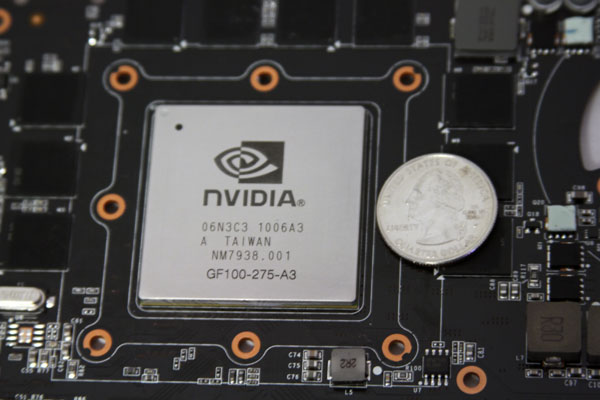 Now, all of that being said, it depends solely on NVIDIA being able to get cards available in a timely manner at AT THESE PRICES to consumers.  If the GTX 480 suddenly jumps to $575 or something like that, we have a problem and our opinions could drastically change.  NVIDIA is already asking for consumers to put a large strain on their power supply; hopefully they can keep one off of our wallets.  Initial availability is schedule for April 12th and NVIDIA says they are building “10s of thousands” for initial availability.  We wait with baited breath.

One more thought worth considering.  Do you remember the initial price of the GTX 280 graphics card, the first GT200 offering?  $649.  That was in a time when NVIDIA was unconstrained by pricing as they were the performance leader and dominated in the market.  Now, thanks to AMD and the pressure they have been placing on NVIDIA with the Radeon HD 5000-series of cards, NVIDIA was forced to release this generation at a much lower price when we ARE 100% SURE the cost of making them has not gone down.  Even NVIDIA fans need to be happy that AMD is around it would seem.

My thoughts going into this review were nothing but skeptical.  Would NVIDIA actually be able to make a product after all the delays and rumored production problems that was worth considering?  The answer was a surprising ‘yes’ as the GeForce GTX 480 and the GeForce GTX 470 make a case for themselves by offering great single-GPU gaming performance and being offered a prices are that are reasonable and justified.  If you are an NVIDIA executive, you might be continue to sweat as we still believe that NVIDIA has a product that is too hot and too expensive to really make a profit on; NVIDIA was obviously willing to bite the bullet on pricing to earn back some of the lost mindshare (if not marketshare) that has been flowing to AMD’s Radeon line.

If you can stand the power requirements of these cards, both the GeForce GTX 480 and GTX 470 turned out to be surprisingly good enthusiast options.  If you want the fastest single-GPU graphics card then the GTX 480 is the best there is and if you want a reasonably priced enthusiast solution then the GTX 470 is a worthy pick as well.

If you’d like to see a quickie review of the GeForce GTX 480/470 cards, check it out here!