The GeForce GTX 470 is going to target the high-end gaming market with a $349 price point when it becomes available in April.  This card uses the same GF100 GPU though with fewer of all the performance-inducing goodies enabled.  The GTX 470 includes 448 CUDA cores, 56 texture units and 40 ROPs – essentially this is the GTX 480 with another SM removed.  Each group of four ROPs is associated with a single 32-bit memory bus connection so by removing 8 total raster operators NVIDIA has moved the GTX 470 from a 384-bit memory bus to a 320-bit memory bus with a 1.25GB (1280MB) GDDR5 frame buffer.

Power estimates (from NVIDIA) put the GTX 470 as a 215watt graphics card with the same 105C thermal threshold.  It is interesting that in NVIDIA’s estimates here there is only a 35 watt difference in power consumption between the GTX 480 and the GTX 470 – our testing shows otherwise. 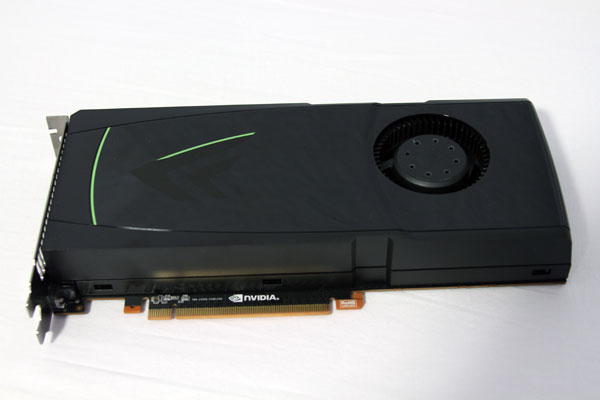 The GTX 470 is about an inch and half shorter in length than the new GTX 480 and seems use a less beefy heatsink.  The fan speeds and noise levels were identical. 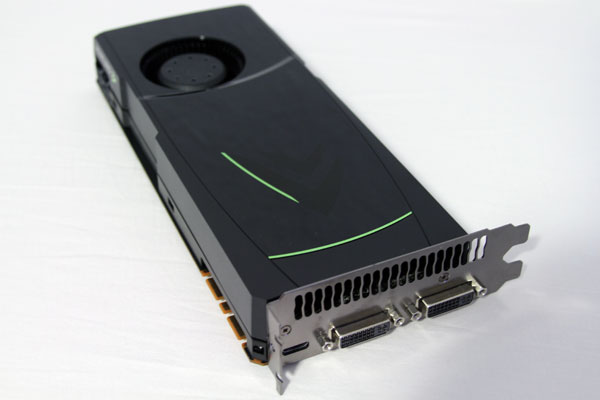 The entire outside of the GTX 470 is plastic where as the GTX 480 has a partial metal exterior for additional cooling assistance. 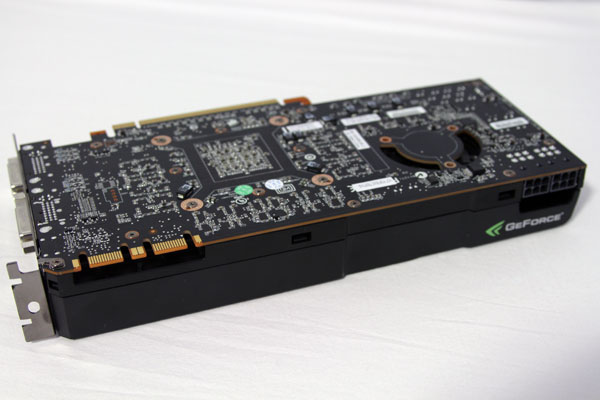 The back of the card looks much like the GTX 480; both new models from NVIDIA will apparently support two-way and three-way SLI. 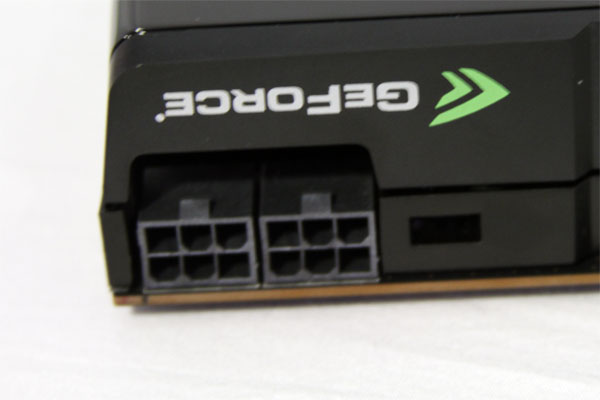 The GTX 470 only requires a pair of 6-pin power connectors. 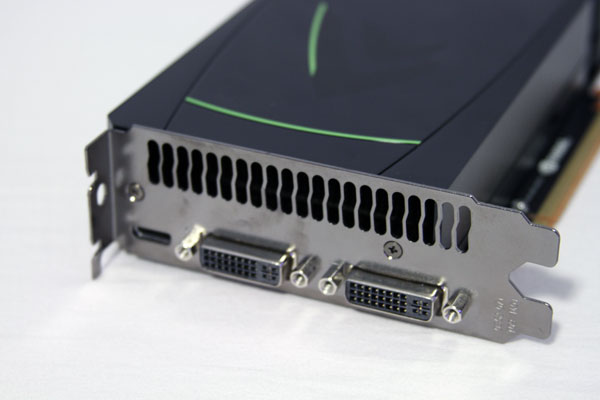 The external connections on the GTX 470 are also identical: a pair of dual-link DVI outputs and a single mini-HDMI port. 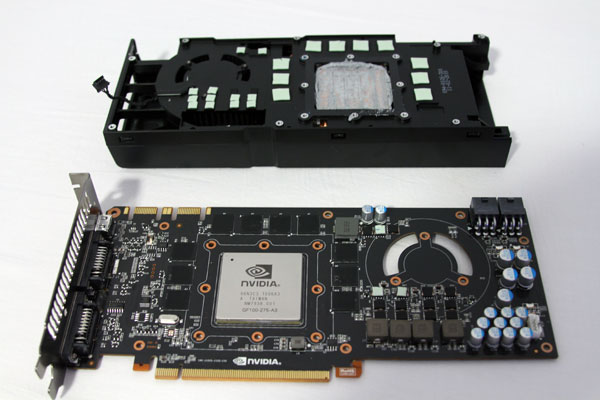 The heatsink on the GT 470 is smaller and lighter than that found on the GTX 480 – more so than I think a 35 watt power consumption difference would warrant.