NVIDIA provided us with an early look at new version of GPU-Z that properly recognizes and reports on the GF100-based parts we were testing. 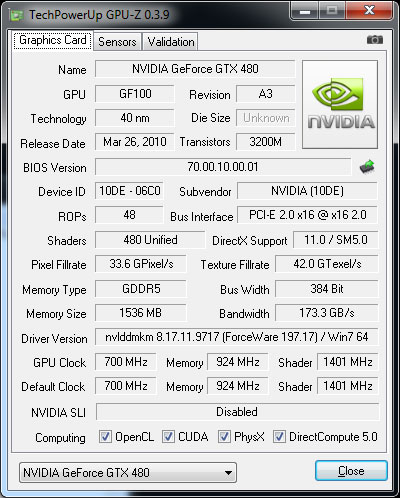 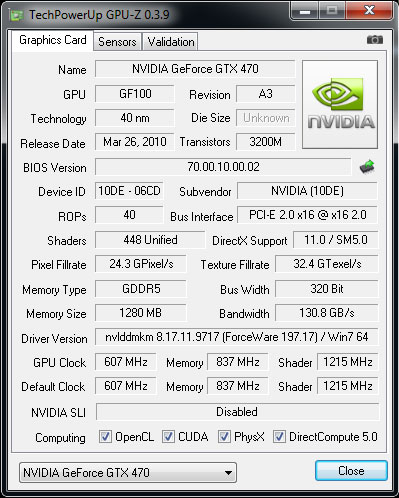 It appears that all of our specs are validated and verified here.  On to the testing!


There was quite a debate between NVIDIA and AMD on what should be compared here in our review.  NVIDIA was pushing the fact that the GTX 480 and GTX 470 are both single-GPU graphics cards and should be compared with the Radeon HD 5870 and HD 5850 respectively.  AMD said that the power consumption results pushed the GTX 480 into a different segment than the HD 5870 and that it should be the direct competition of the dual-GPU Radeon HD 5970.  For us, I decided to look at price.

The estimated pricing of our comparison cards looks like this:
Now, clearly the GTX 480 should be compared with the Radeon HD 5870 and the 5970 though the pricing and availability of that card are really disappointing.  The $349 price tag on the GTX 470 puts is squarely between the HD 5870 and the HD 5850 so those are also the best options for a fair comparison.  We will also make comments as we go about the validity of a single GPU graphics card versus a dual-GPU graphics card and how the competition looks in our eyes come the beginning of April.

I also took this opportunity to add in a couple of DirectX 11 gaming titles to our test suite.  Now that both NVIDIA and AMD have DX11 options available we can do a real apples-to-apples comparison that we just couldn’t do before.  Towards the end of our benchmarks be on the lookout for both DiRT 2 and the new Metro 2033 pages. 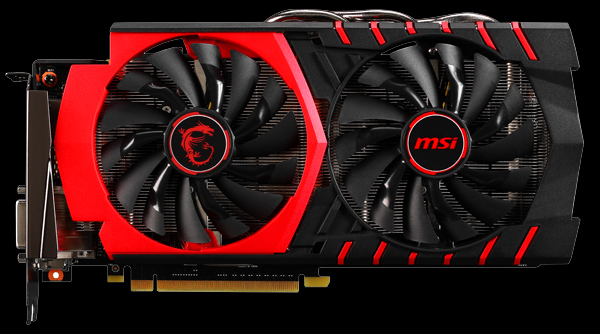