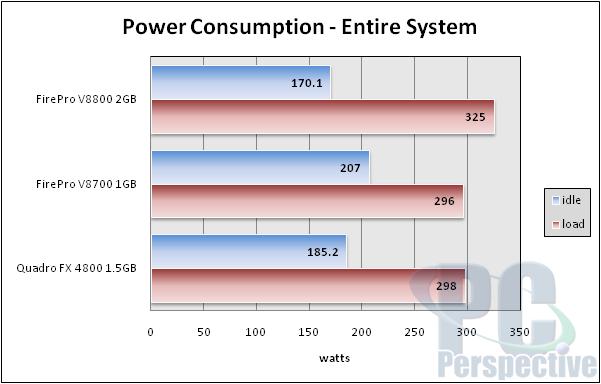 Power consumption is something that professional developers are more willing to deal with the negatives of as long as they can get some faster render times and that looks just like what they are getting with the new FirePro V8800 2GB card.  While at idle the card actually uses considerably less power than the V8700 and even the Quadro FX 4800, under a full load the card definitely pulls as much as 10% more than the V8700 and NVIDIA offering.

Evaluating performance of professional-level graphics cards like this really comes down to an application-by-application basis.  The OpenGL implementation for Cinema 4D used by Maxon in the CineBench 10 and 11 benchmark, for example, obviously favors NVIDIA’s Quadro architecture and driver in its new 11.5 iteration though that can change on a driver by driver case.  This can complicate making definitive statements about professional GPU performance.

But in a general sense, it is clear that the new FirePro V8800 is an improvement over the previous generation of professional graphics card from AMD.  It not only expands the frame buffer to 2GB but also is seen improving performance in a wide array of the applications used to test and torture it from the SPEC benchmark set.  Applications like Maya and 3dstudio MAX are critical for day to day content creation while others form the foundation of the CAD world but in nearly all instances the new FirePro V8800 was the fastest available professional rendering GPU; in many cases that gap was big.  There were a handful of tests of course that proved to be CPU bound and thus the difference in the performance between the V8800 and V8700 were minimal and only under heavy MSAA results did a delta emerge. 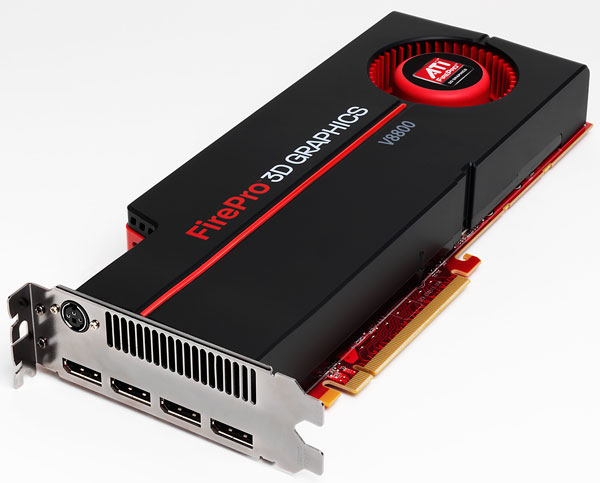 The Quadro FX 4800 has a bit of a problem of course – it is built on an outdated architecture, one that is nearly 2 years old based on when we first saw the GT200 design released for gamers.  The FirePro V8800 on the other hand is working with silicon that first saw the light of day this past October and thus it has the advantages of technological improvements as well as feature improvements to make it an unfair fight with the NVIDIA options.  We are sure NVIDIA won’t be sitting on their Fermi-based Quadro cards for very long if only because this professional graphics card market is so crucial to their profit margin but for now AMD has the clear performance lead.

The feature set is something that AMD continues to dominate.  With included goodies like four display support with Eyefinity technology, an OpenGL 4.0-ready driver and of course, DX11 support, the FirePro V8800 is a noticeable generational leap ahead of the Quadro FX 4800 for those developers that are living on the bleeding edge of technology.  As we have seen in our Eyefinity testing for gaming, being able to run with a wide array of displays can drastically change how your view your work environment and increase your productivity. 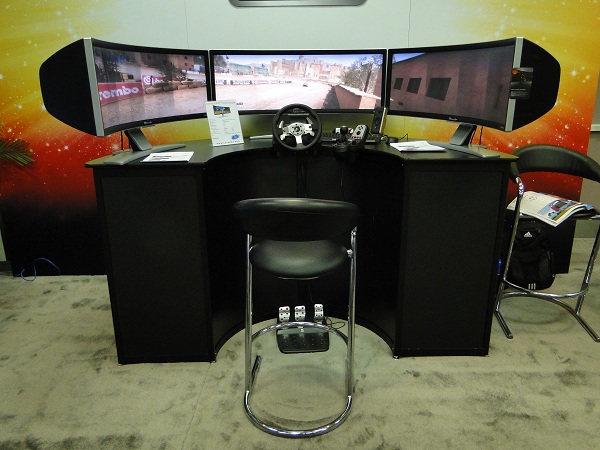 This is the part where some of our regular users will probably gasp in for air: the prices on the professional level cards from NVIDIA and AMD are higher than their similar consumer parts.  Exactly what types of prices are we talking about here?

With the expected retail price of $1499, the AMD FirePro V8800 isn’t cheap but it does slot it nearly perfectly against NVIDIA’s Quadro FX 4800 that can be found for around $1530 at the present.  AMD’s own V8700 can be found for under $900 now and thus we see a wide price range going from one generation to the next.

I conclude this review being very impressed with the new FirePro V8800 card from AMD especially when it is pitted against the identically priced yet slower NVIDIA Quadro FX 4800 card.  The inclusion of features like support for OpenGL 4.0 and DX11, not to mention support for up to four displays in an Eyefinity configuration, really do make the V8800 stand out from the crowd of professional GPUs.  I am sure we will be hearing more from both AMD and NVIDIA in the coming months when it comes to developer-based graphics solutions and software partnerships but for now, AMD has the strong advantage.