It Slices, It Dices…

PC Audio has certainly taken a major downturn in importance for the majority of users, but Asus is still fighting the good fight by offering an extensive selection of quality sound cards. Today we look at the Xonar HDAV 1.3 Deluxe, and see what it can offer users willing to pay the steep price of entry into audiophile class PC audio.

Asus is one of the few companies still out there pushing soundcard technology to its limit, and this is certainly exemplified by their current top Home Theater PC offering.  A few years back C-Media released a couple of pretty interesting sound chips with their CMI-8768 and CMI-8770.  The 8768 was the first sound chip since NVIDIA’s SoundStorm which was able to encode a Dolby Digital 5.1 (DD 5.1) stream in realtime.  The followup 8770 upped the ante by being able to not only do DD 5.1, but also encode a DTS stream in realtime as well.  The overall performance of these chips was not bad when encoding, but they were trailing in some of the audiophile qualities that some people desired. 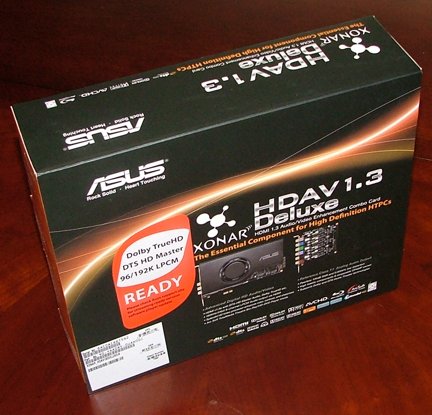 C-Media answered this call with the Oxygen-HD chip, also known as the CMI-8788.  This not only encompassed the encoding features of the previous chips, but also improved upon the overall audio feature set by including full 24 bit performance at 192 KHz.  This is up from the 96 KHz that is offered on the older C-Media chips, as well as the first generation Creative X-Fi chips.  The CMI-8788 also featured some decent DSP power internally, though it is no match for the Creative X-Fi chip in that particular department.

This new “wonderchip” from C-Media was so impressive, Asus entered into an agreement with C-Media to have nearly exclusive rights to this particular chip.  Some folks like Auzentech were not able to procure enough chips to keep their top end products like the X-Meridian going, so those lines were shut down.  Asus renamed the chip the AV200 and had it anchor their Xonar lineup of cards.

After creating a handful of gaming soundcards, Asus tried their hand at more HTPC centric designs.  With the advent of affordable Blu-ray players for the PC, there was a need for true bitstreaming of HD audio content.  While many solutions downsampled high definition content to DD 5.1 and DTS formats, there is a very vocal group of audio and home theater enthusiasts who require true bitstreaming capabilities. 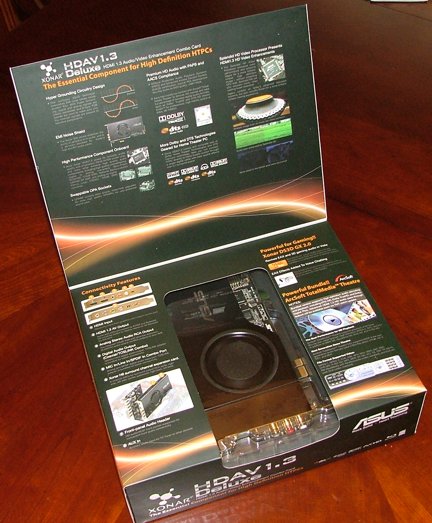 Opening the top cover exposes all the features that the HDAV 1.3 Deluxe will deliver to the discerning user.


Currently there are a handful of soundcards that can bitstream HD audio, and Asus provides two of them.  The first is the lower budget HDAV 1.3 Slim, which was reviewed here a few months ago.  The second, and perhaps more exciting, is the product we are looking at today.

The card is based on the above mentioned AV200 chip, and is a fully custom design from Asus.  When the original CMI-8788 cards were released, quite a few were based on a reference design.  Asus added a lot of bells and whistles to what the original design can do.

The biggest addition to this card is the ability to input and output a protected signal over HDMI 1.3a.  An HDMI receiver and transmitter chip are included in the design, so a fully protected signal can be passed through without issue (isn’t DRM grand?).  Asus also includes their “Splendid HD” chip, which is supposed to improve color representation, contrast, sharpness, and detail enhancement on both standard definition and high definition content.  The less expensive HDAV 1.3 Slim does not feature the Splendid HD technology. 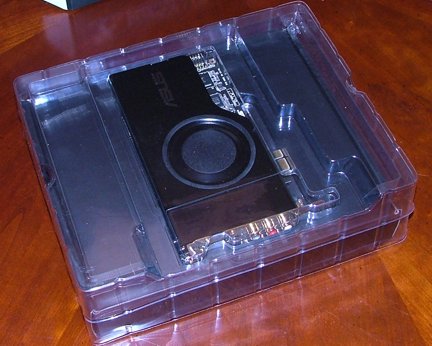 The card is well protected in a plastic anti-static box.


The addition of the Splendid HD chip is obviously not the only thing differentiating this product from its cheaper brethren.  The card features full 8 channel output functionality, with the main L/R channels featured on the main card.  The daughtercard then features 6 more RCA connections which can be attached to RCA to 3.5 mm stereo adapters, and these represent the other 6 channels (surround, sub, center, etc.).  The daughtercard features its own DACs and OPAMPS, so in theory the analog audio should be very clear from these outputs because they are well away from most sources of electrical noise on the main board.  It is almost unfortunate that the main L/R channels are still on the main board though, sharing the same PCB/power/ground layers as the HDMI chips and Splendid HD chip.

PC audio through the HDMI port can be transmitted in several ways.  Up to 8 channel LPCM at 24 bit and 192 KHz is supported, which will likely be the default audio setting for most computer usage.  HDMI also supports Dolby True-HD, DTS HD and Master Audio, Dolby Digital 5.1, and DTS passthrough/bitstreaming.  If a user so desires, they can set the soundcard to encode PC audio in either DD 5.1 or DTS formats, but as of this time there is no ability to encode HD audio codecs on the fly.  For overall audio quality in a PC setting though, I would highly recommend sticking with the 8 channel LPCM at the highest bitrate and sample rate that the receiver can handle. 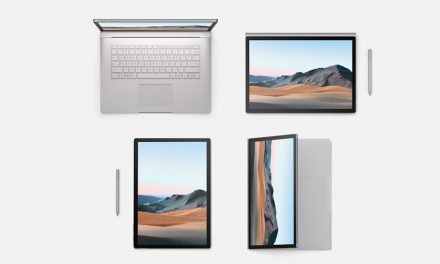