The Obsidian Series gets a little cheaper

The Corsair 800D was easily one of our favorite cases of 2009 and the new 700D that is going to be available later in April is nearly identical but with a $50 lower price. It does drop the hot-swap bays and the side window though. If you were interested in the 800D but thought it was just a bit out of range then give our video review of this new case a look!

Last year a new case vendor hit the scene with a familiar name: Corsair.  Famous for their memory solutions and even SSDs, the company released the Obsidian Series 800D to some pretty ecstatic press and customers.  When I reviewed the case originally it quickly became my favorite enthusiast class option even though it was a bit more expensive than most other cases on the market.

Corsair heard some of these complaints and decided to release the new 700D case with the sole purpose to lower the cost.  How did they do it?  If you are familiar with the 800D already, then imagine that exact design without the four hot-swap hard drive bays on the front and without the window on the side panel.  That adds up to about a $50 price difference putting the 700D at about $229 or so when it goes on sale later in April.

In our video below I walk you through the unique features of the Obsidian 700D and discuss how it compares to the 800D.  If you want to see how a system is installed in the case, check out our video review of the 800D (as that portion of the review is nearly identical).

Below are some photos from our video review if you don’t have access to video on the road.  Enjoy! 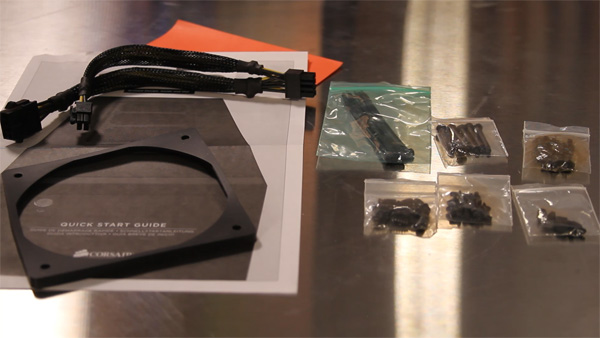 Included in the case are the necessary screws for fans and 2.5-in hard drive installations as well as zip ties, a rubber noise reduction mount for 120mm fans and an 8-pin ATX power extender. 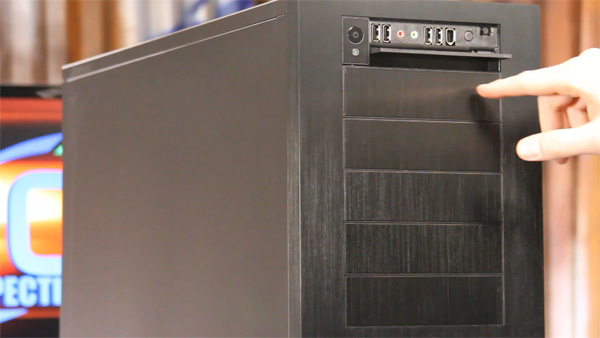 The front of the 700D includes five 5.25-in bays and front panel connections for USB, Firewire and audio. 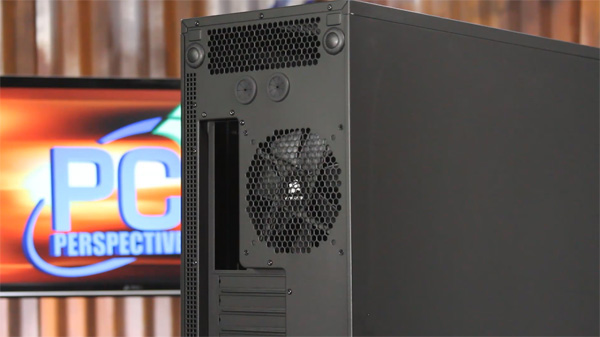 The back of the case includes support for either 140mm and 120mm fans but it includes a Corsair-branded 140mm fan.  Above the motherboard is enough room for major water cooling options. 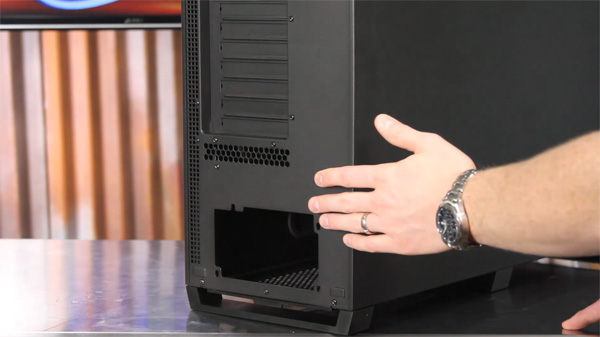 The power supply is mounted at the bottom of the case and below that is a filter for all air intake to the case. 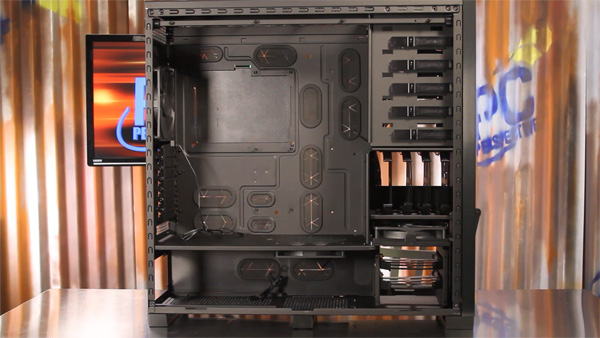 The biggest feature of the 800D and 700D is the easy to use cable management system that uses the rubber grommets littered throughout the inside of the case to run cables around the back. 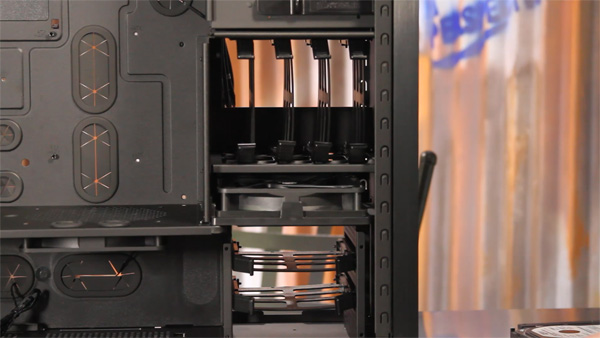 With the hot-swap bays removed the 700D includes four internal 3.5-in bays that can also adapt to 2.5-in SSDs with a few screws. 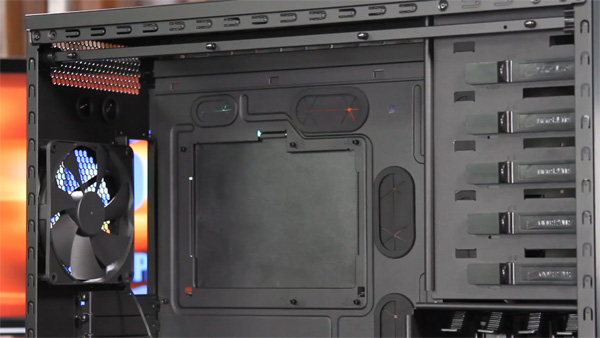 The back panel of the case has a large door on it that allows access to the rear of the motherboard while it is still in place for easy installation or swapping of the CPU heatsink. 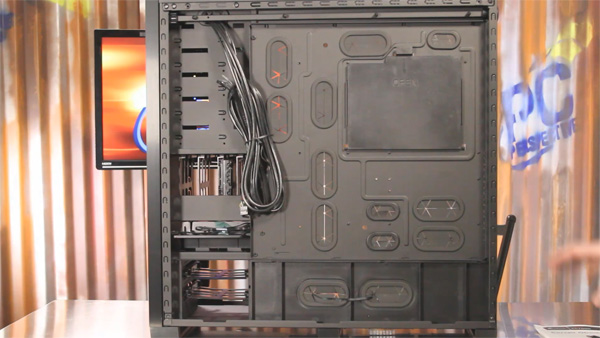 Behind the other side door is where the mess of power and data cables will reside – out of view and how of the way when you are working on the system. 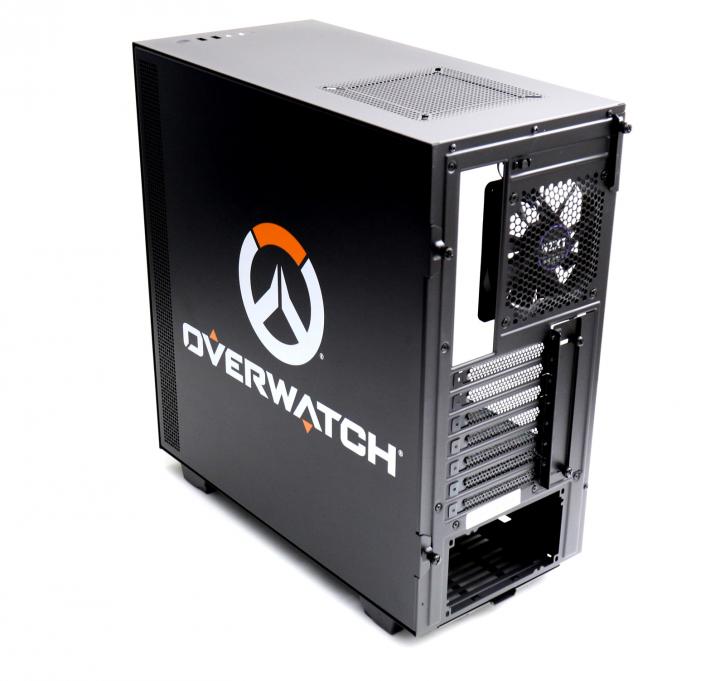 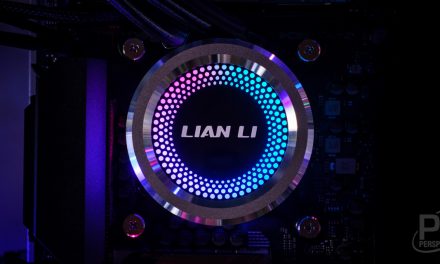 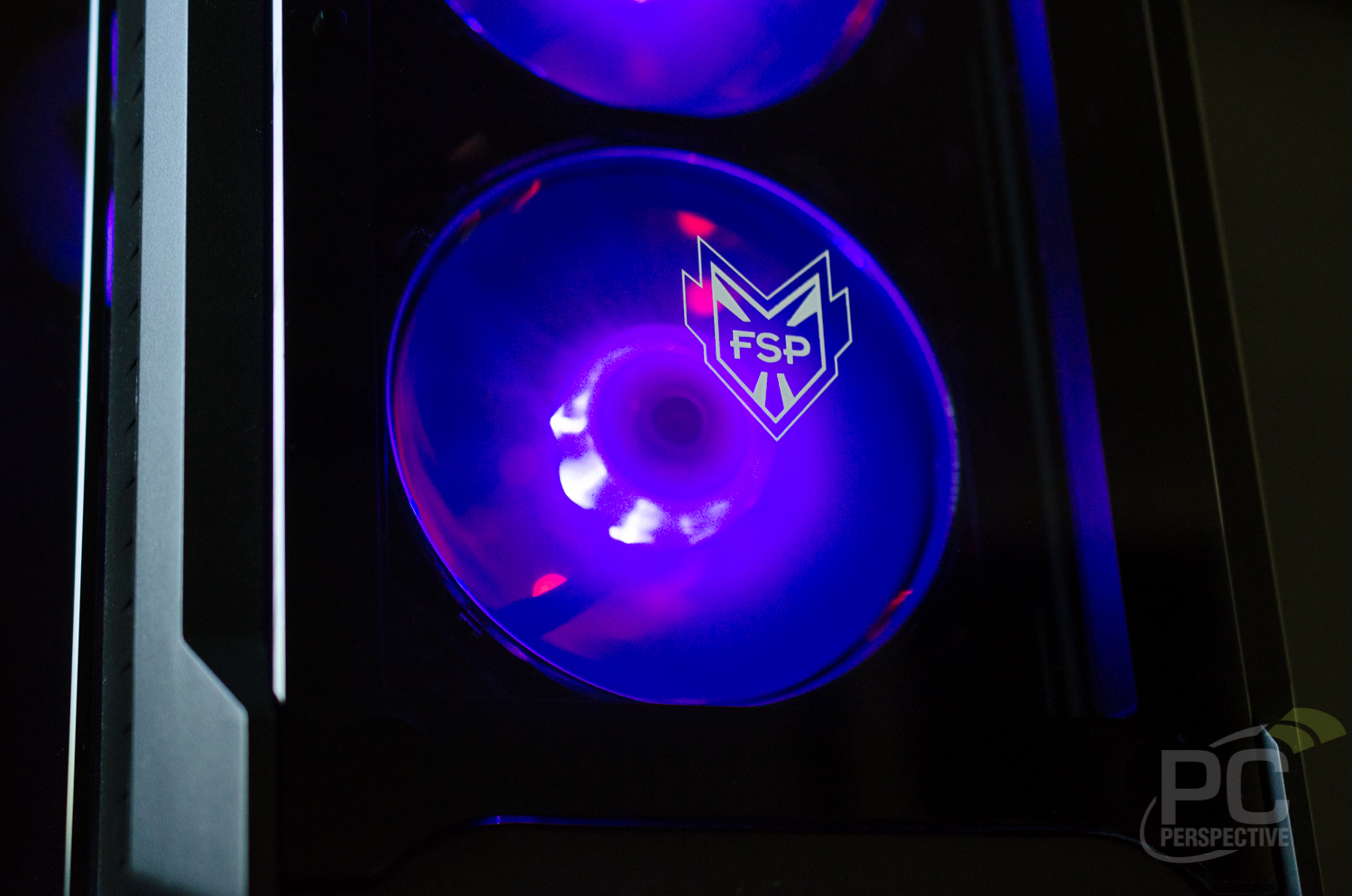