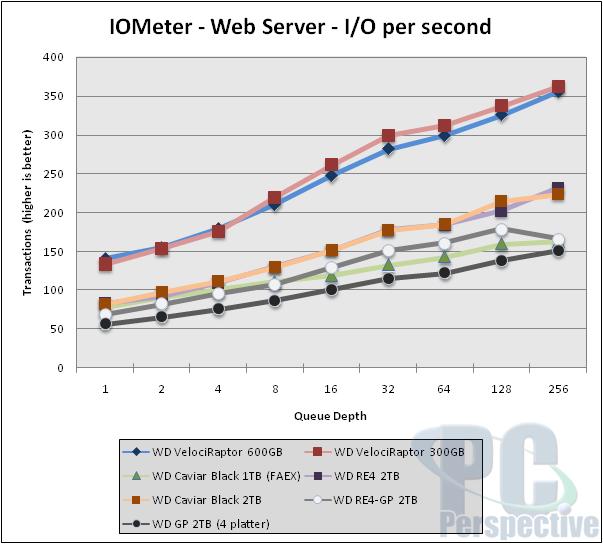 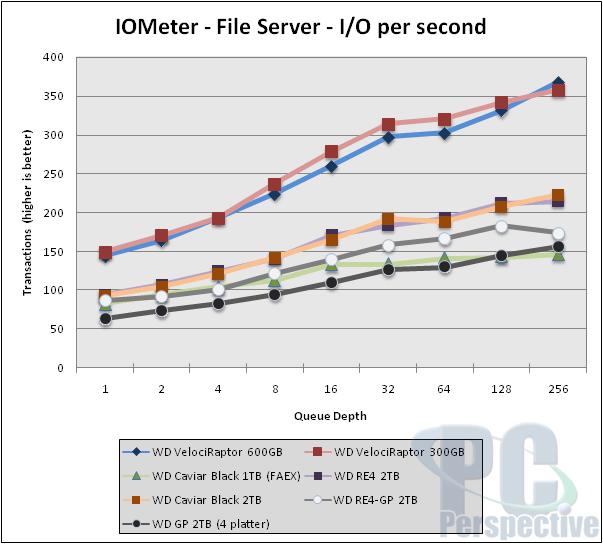 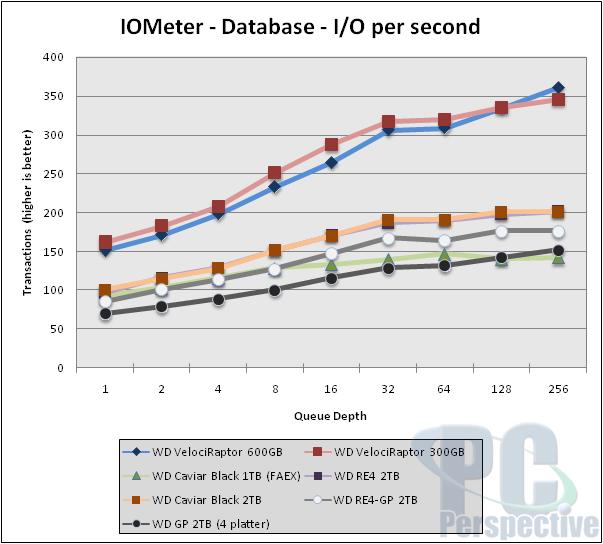 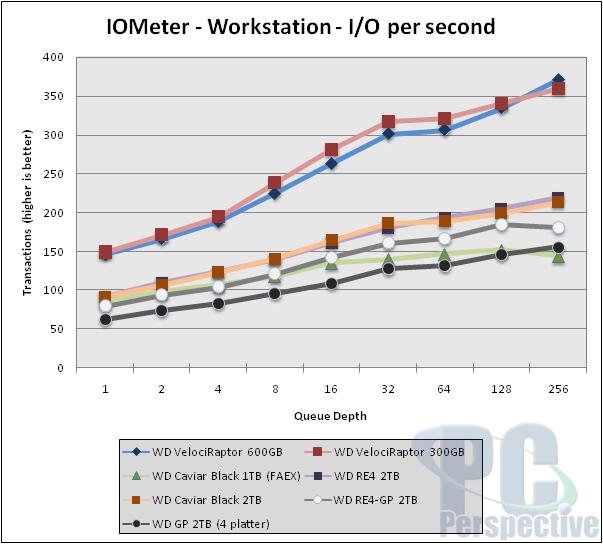 Despite the increased cache and dual processors, queue depth scaling performance of the two VR units remains neck-and-neck.  Higher queue depths tend to amplify seek time and rotational latency, so we suspect the average seeks of the VR 600 might be just slightly slower than the VR 300, likely due to the added weight of an additional pair of heads. 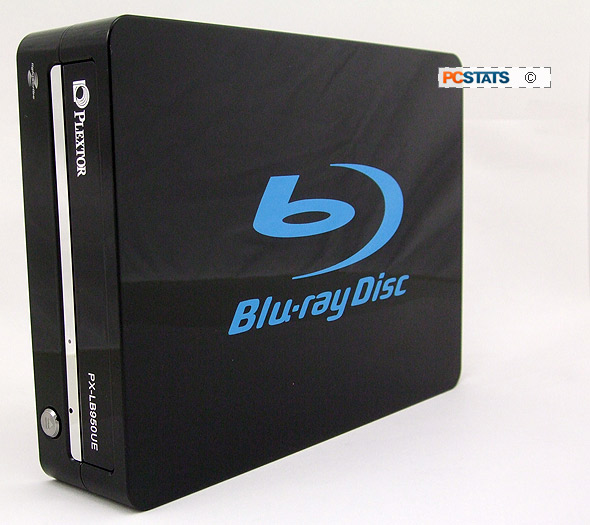