What happens when you take a high-end car brand and put it onto a netbook? Is it a cross-branding disaster or is there substance? Acer’s Ferrari One 200 surprises from start to finish. Stop in to our review to see how this netbook earned our Editor’s Choice Award!

Today we are taking a look at the Acer Ferrari One 200 netbook. It’s an attractive 11.6″ netbook that sports a stunning Ferrari red design that is sure to attract a lot of attention. But is that attention warranted or is stamping a netbook with a high-performance car brand the tech equivalent of putting lipstick on a pig? 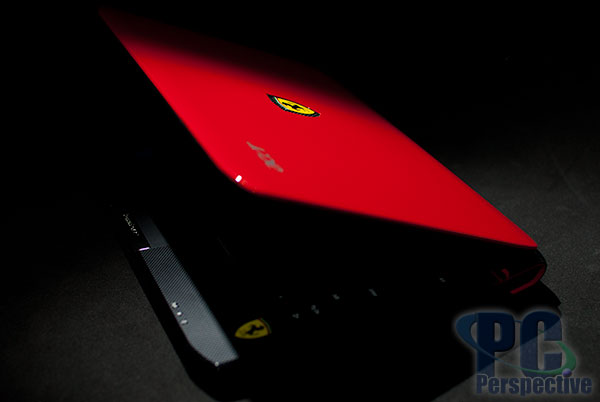 The Acer Ferrari One 200 definitely took me by surprise, and I think it may be one of the more interesting netbook options out there if you’re looking for something more than the traditional.


As far as the hardware specifications go, the Acer Ferrari One 200 is fairly well equipped for a netbook. With an AMD Athlon 64 X2 L310 dual core processor, up to 4GB of RAM (the unit we received had 3GB), and an ATI Radeon HD3200 GPU, this system should be able to handle some more demanding workloads than your standard netbook. 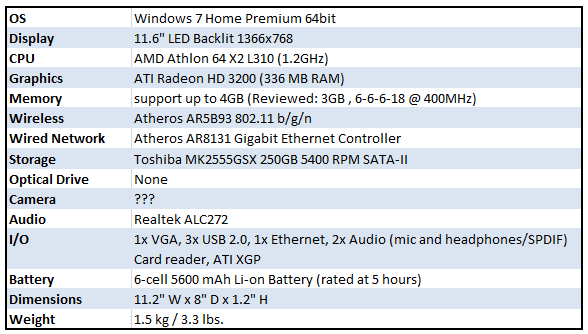 The 11.6″ display with 1366×768 resolution is worth noting as it’s an interesting size that is reasonably high resolution for a small panel. We’ll dig into the display panel more later in this review, but let me just say that it’s quite surprising.


There is also support for an ATI XGP using the XGP connector located on the side. Not sure how many people will be using this, but it’s there in case you want to do some more intensive graphics work or 3D gaming.


Now for the stuff that is absent…


There isn’t an optical drive, which will make creating backup discs a challenge unless you have a USB optical drive. Bluetooth is also not a feature on the Acer Ferrari One 200, which is fairly standard these days on Intel based netbooks.


Sadly, HDMI is no where to be found on the Ferrari One 200 which is probably my biggest complaint with respect to these specs. With a GPU that is more than capable in handling HD content, it’s a shame that there is only an analog VGA output. Since most of you won’t be using the XGP, it’d make more practical sense to have HDMI instead. 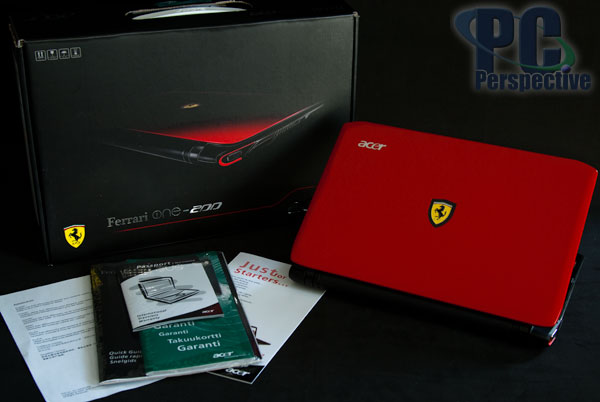 The packaging on the Acer Ferrari One 200 is surprisingly minimal. Inside the box you have the computer, power adapter (not pictured), some documentation, and a soft cloth to polish your Ferrari. There isn’t a single disc of any sort included, which follows the logic that the Ferrari One 200 doesn’t actually have an optical drive. 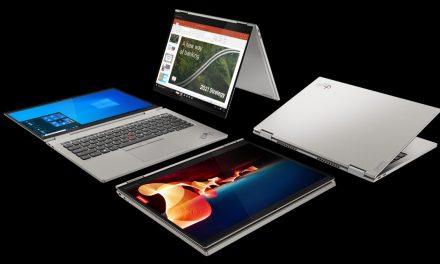