Audio quality on netbooks (or even for notebooks in general) is an area where you typically keep your expectations in check – in other words, it’s best to keep your expectations low lest you be disappointed. While the Ferrari One 200 features Dolby Home Theater Virtual Surround Sound and boasts of high quality audio, I was going to let my ears be the judge of how well it performed. 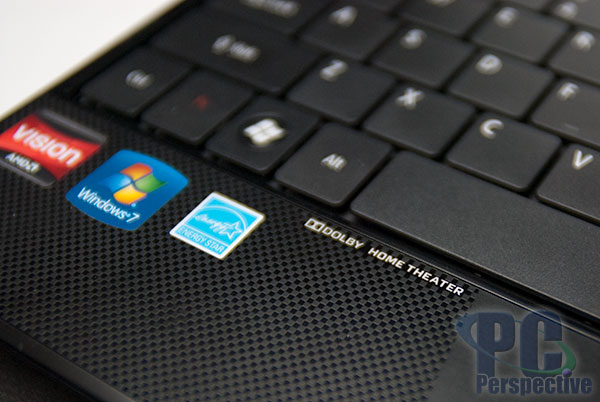 Using a suite of different music styles, with a variety of high and low frequency centric tracks, we put the speakers on the Ferrari One 200 to the test. We also toss a few movies and games its direction to see how it handles dialog, background music with action over top, and of course explosions and other special effect sounds.

While the speakers are not perfect, they are surprisingly capable at producing a good wide sound that is pleasant to the ears. The grating high frequencies that plague most other mobile systems are not as pronounced on the Ferrari One 200. This means that dialog in movies are actually audible when there is a background music track, and music in general doesn’t make your ears bleed.

The middle and low frequencies are also surprisingly well reproduced. There is definitely a lack of dimension to the low frequencies, but at least the bass on the Ferrari One 200 is clean and legible (which is more than what can be said about most audio on laptops these days).

Cranking the volume to its highest setting yielded an acceptable loudness that should be mostly audible in noisy setting. There was a little cracking in the audio, but I was still impressed by the fact music remained relatively clear and faithful to the original track.

In the end, I think the audio on the Ferrari One 200 is well balanced and appears to be tuned so that its actually quite decent. Although you will still get better sound from a large pair of desk speakers, the ones Acer put on this notebook is definitely one of the better ones I have heard in recent memory.