Overall I am quite pleased with the build quality, layout, and physical appearance of the board.  The titanium colored heatsinks offset the black PCB and black and blue memory and PCI-E/PCI slots.  Nothing seemed loose on the board, and a basic inspection of the soldering did not reveal any issues with quality control.

Hard numbers are provided with the CPU portion, but here are some results as compared to other boards featuring the 890GX chipset. 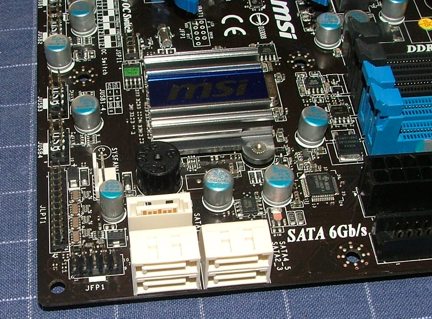 The lone vertical SATA port will be unusable if another graphics card is installed.


Memory performance was just slightly slower when using identical components as compared to the Gigabyte 890GX board.  The MSI board was about 500 MB/sec slower in overall bandwidth, but this certainly is not a huge amount when we are dealing with 12.5 GB/sec compared to 13 GB/sec.  Connectivity speeds with PCI-E slots were identical between boards.  Overall performance was essentially identical, since the CPU now controls the memory.

As mentioned before, when using the WD SATA 6G drive, the 1.2 BIOS failed to utilize SATA 6G functionality.  So the drive was connecting to the southbridge as a SATA 2 device.  While this spinning drive will not saturate a SATA 2 connection, it was not good news that the board did not connect at SATA 6G speeds in the first place.  Once the board was flashed with the 1.6 BIOS, then the SATA 6G functionality was properly enabled.  Performance of the southbridge is identical to many other mature I/O controllers, and it does not look to have the same issues with IOPS that previous AMD southbridges are famous for. 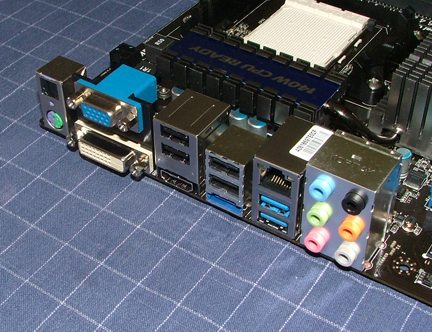 HDMI, eSATA, and USB 3.0 are of the most interest here.


The board is able to overclock the HT bus to 250 MHz very easily.  The wide array of voltage selections allowed Black Edition processors to scale to 4 GHz, with their integrated north bridges running at 2.4 GHz to 2.6 GHz for an extra speed boost.  The board is not able to reach much past 250 MHz HT in my testing, but this is not surprising considering the limited real estate this micro-ATX board has to deal with.

Overall I am quite pleased by the MSI 890GXM-G65.  Once I updated the BIOS to the 1.6 version, it quickly sorted itself out and ran without issue.  The performance was quite acceptable, the overclocking ability was right where a micro-ATX board is expected to be, and the robust featureset certainly belies the size of this board. 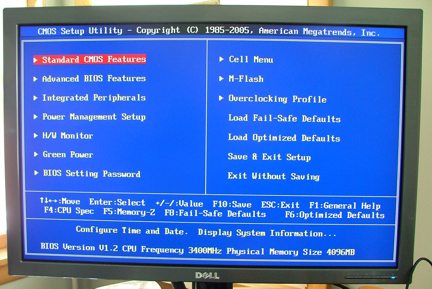 The Cell Menu and M-Flash provide the user with the ability to tweak any setting on the board, as well as use a USB flashstick to update the BIOS.


It is fun to see boards of this size fitted with enthusiast level features.  The ability to run CrossFire on a micro-ATX board is a good addition, and MSI has enhanced that by placing components strategically around the board so as to offer as little interference as possible when two full sized graphics cards are installed.

This board is also squarely aimed at the HTPC crowd.  Its small size should fit in the majority of HTPC cases.  The power features offered by the APC functionality should also help to keep heat and noise down.  The integrated graphics are more than able to handle Blu-ray decoding, though it doesn’t have the horsepower to do vector adaptive de-interlacing.  If a user wants that particular functionality, or HD audio bitstreaming, then a HD 5550 is really the lowest power card a user should buy to get those particular features. 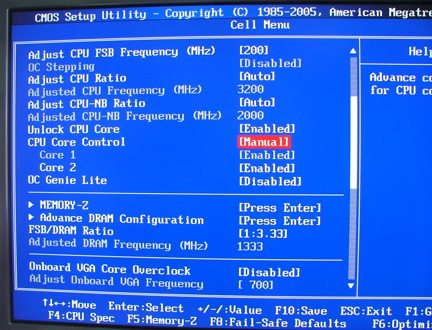 We can see that MSI has enabled the ability to unlock extra cores in the BIOS, even without ACC support from the chipset.  Also of note is the OC Genie Lite setting which automagically overclocks the system.


At $129 US, the board is not exactly cheap.  MSI is offering a $20 rebate on this board, bringing the price down to a much more interesting $109.  There have been some complaints about MSI not honoring its rebates, but apparently the big issue here is that the people who have been rejected for rebates did not send in the invoice with their rebate form.  If there is no invoice, then there is no rebate.  So when sending in the rebate to MSI, be sure to read their instructions very carefully so it is accepted.  The US office at MSI sends out around 8000 rebate checks a week, so they certainly appear to be honoring their rebates.  I cannot comment on the time it takes though to process said rebates.

The board does everything it is designed to do, and while it is far shy from being a $100 board, it is not really meant to be.  Design, features, performance, and overall ability make this an excellent board for those wishing to run an AMD processor in a micro-ATX motherboard.  It is really an enthusiast class product, and I can easily see it finding a home in someone’s LAN gaming box, or even their primary home system.