Since this was only a minor speed increase, I thought it would be interesting to compare these parts directly to Phenom II processors, as well as the older Intel E8500 Core 2 Duo.  I wanted to see what kind of performance increase across a variety of applications the extra L3 cache gives to the Phenom II processors.  I am still waiting to receive an i3 processor, so I was unable to include those results.  The 8500 at 3.16 GHz is reasonably comparable to the 2.9 GHz i3 in terms of overall performance.

The basic assumption here is that the Phenom IIs will have a nice performance boost in gaming tests, while in other more common usages the performance will not be that different between the two product lines.  The other assumption is that at similar clockspeeds, the lack of a L3 cache will give the Athlon II processors an advantage when it comes to power consumption.  The Athlon II X4 640 is a 95 watt part, while the 3.2 GHz Phenom II X4 955 is a 125 watt part.

The price breakdown of the processors used in the test are as follows.

I am under the impression that most users would be curious to see what kind of advantages they get from spending another $23 to $38 dollars on the processor alone.  The Phenom II X4 955 does have a 200 MHz advantage over the Athlon II X4 640, but the X4 955 is the lowest priced current Black Edition quad core processor available for AM3.

This series of benchmarks helps us explore the more theoretical side of performance for processors and other subsystems. 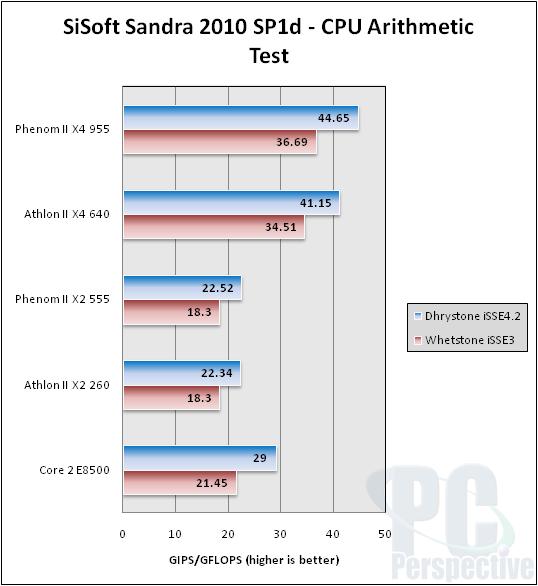 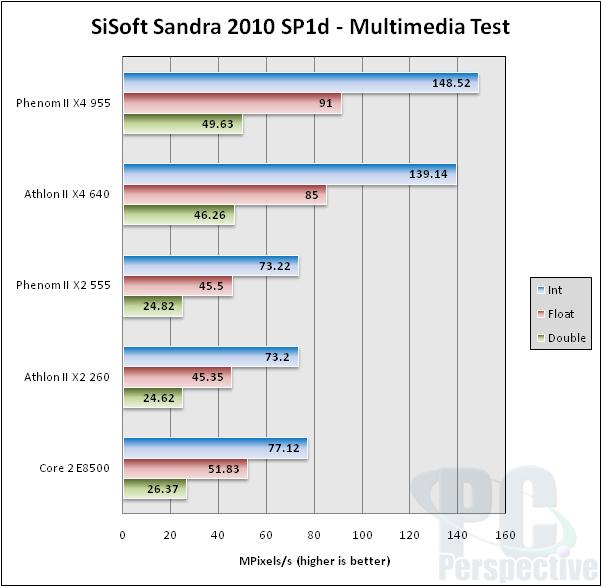 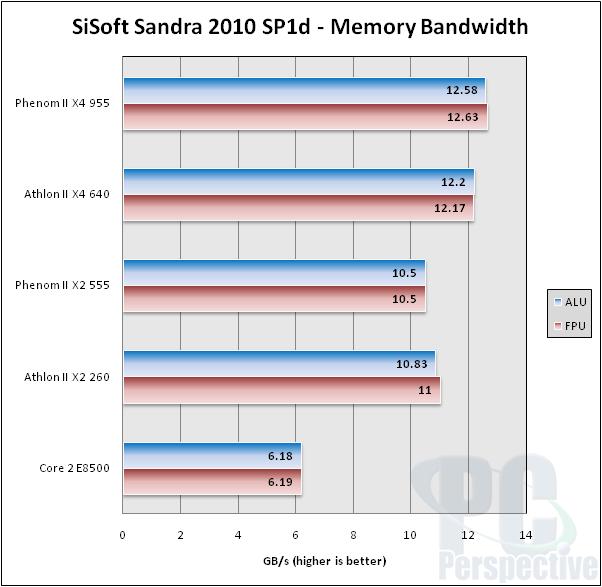 The X4 955 takes a good lead here, but it is not surprising considering its four cores, 3.2 GHz clockspeed, and full 6 MB of L3 cache.  The X4 640 is at an obvious disadvantage, but it is competitive.  One interesting thing to see is the memory bandwidth numbers for these parts.  It varies greatly from processor to processor, with the 955 having the strongest overall numbers.  One would expect the 6 MB of L3 cache on the X2 555 to give it a boost compared to the X2 260, but in fact the Athlon II takes a small but significant lead in memory bandwidth.