This gaming based test pushes DX10 hardware and CPUs to their limits. 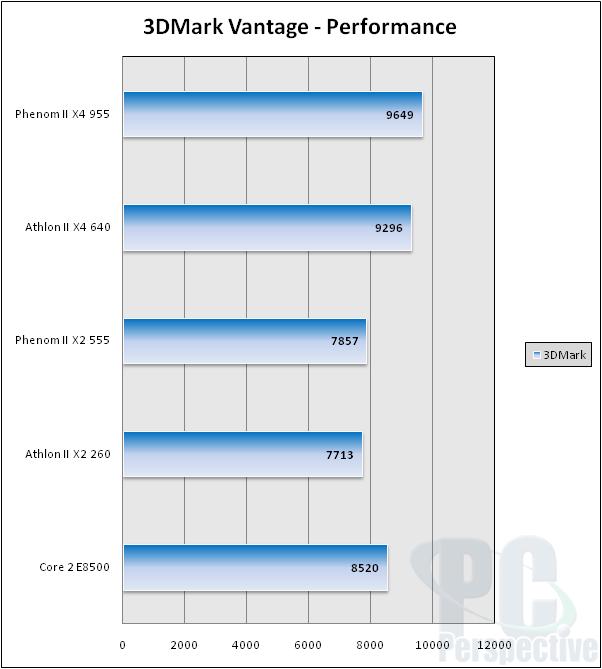 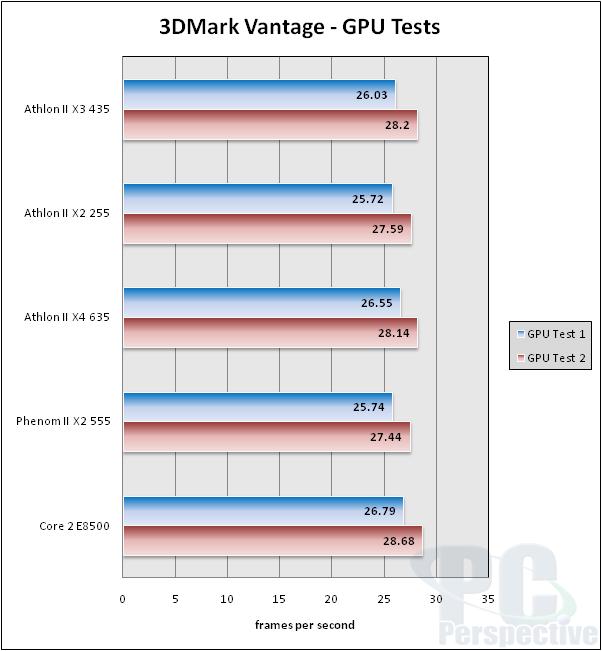 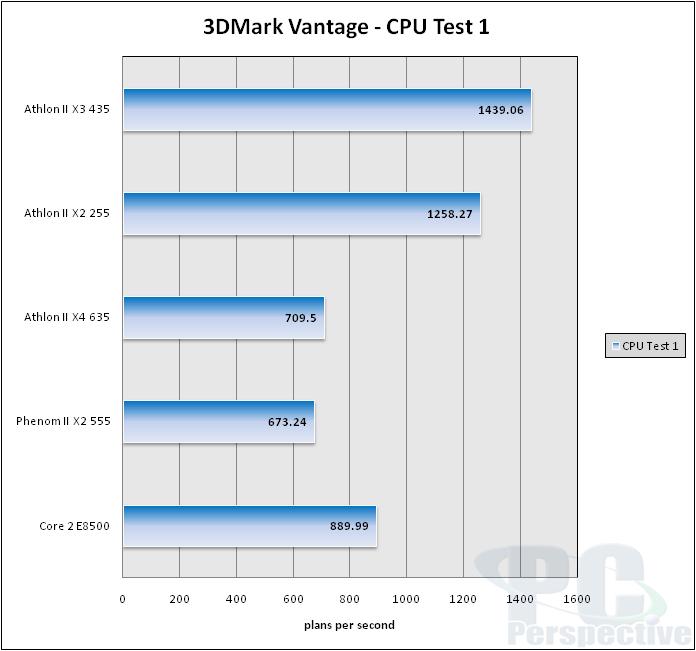 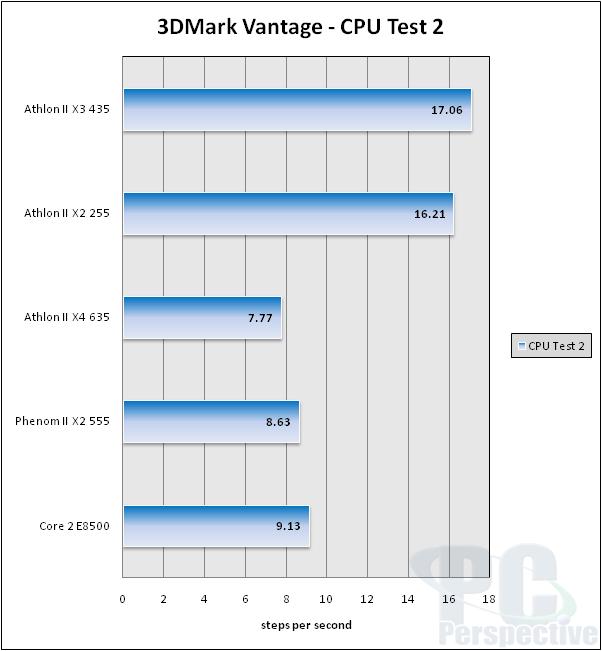 Extra cores and extra cache each help in their own area.  In the gaming tests we see the extra 6 MB of L3 cache help out the X2 555 over the X2 260, while the L3 cacheless and 512 KB L2 X4 640 is the slowest in the gaming tests.  These gaming tests are not heavily threaded, and do rely on caches quite a bit more.

Once CPU cores are leveraged more extensively, then we see the two quad core offerings take a big lead.  The X4 955 is again the fastest here, and I would consider it to be by a very significant margin, even excluding the extra 200 MHz of clockspeed it has over the X4 640.

This new benchmark has a new tile rendering scheme which seems more granular than the previous iteration’s split screen rendering.  It also features a new and improved OpenGL test that not only tests performance, but also accuracy vs. a reference scene. 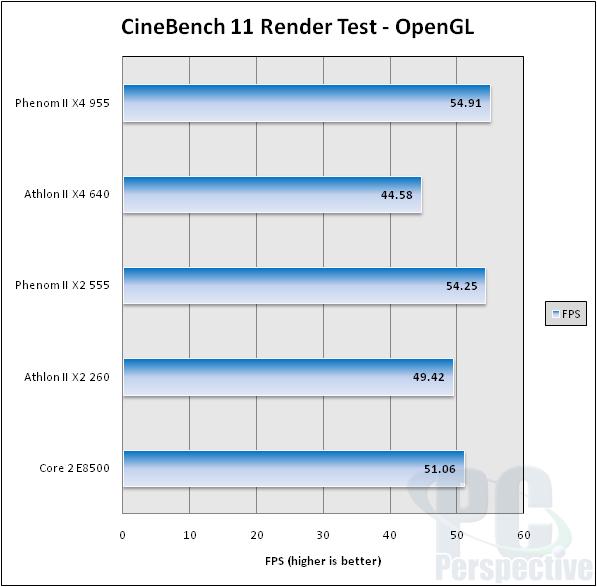 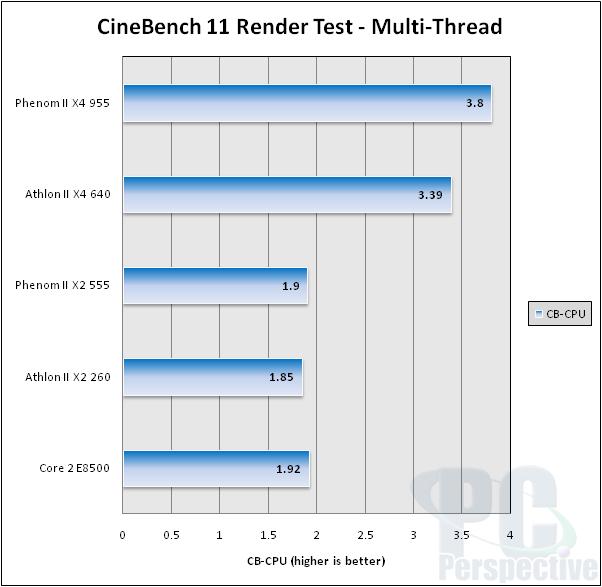 Cores are king here.  We see that extra cache does help, but when it comes down to it the more cores to throw at a highly parallel workload, the faster it gets done.  The extreme difference in OpenGL rendering with the processors with larger caches are again in stark contrast with those that have less cache per core.

This game based test uses CPU generated particles in a 3D scene.  The more CPU power and cores, the smoother the scenes become. 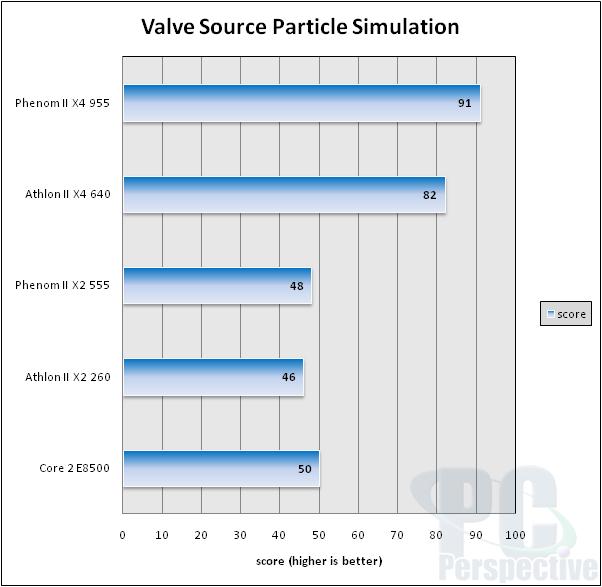 Cores are again king, but the extra speed and cache makes the X4 955 the best performing part in this roundup.  The X4 640 is still fairly close, but the differences between the two X2 parts again highlight how overall processor efficiency and speed benefits from the larger caches.

This benchmark calculates predetermined lighting in a map. 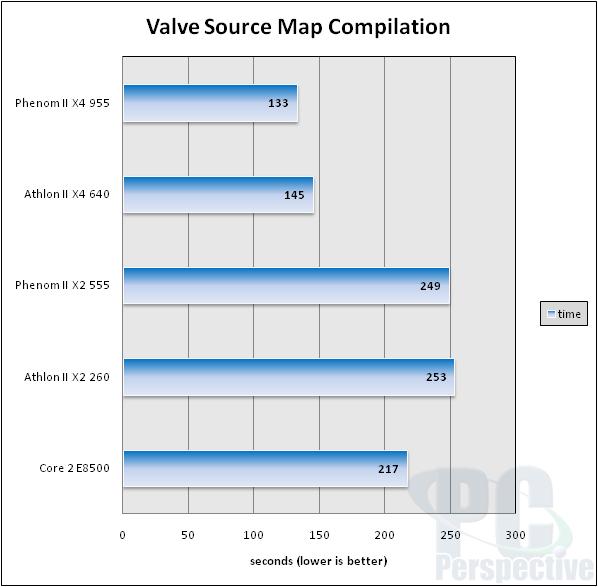 The fastest performance again is held by the quad cores, and this time it does not appear as though cache has much to do with it.