Groundbreaking?  No.  Unprecedented?  Not even close.  A nice increase in performance all the while pushing prices down?  Definitely. 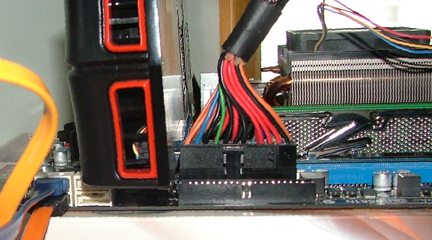 Things can get a bit crowded on a m-ATX motherboard with full size video cards.


AMD is milking the Athlon II processors for all they are worth, and it is helping AMD to keep afloat in the face of a very aggressive and competent Intel.  While the Phenom II processors are faster, they are more expensive to produce.  The Athlon II takes all the experience learned from manufacturing the larger, more complex Phenom IIs and puts it into a compact package that sells for a low price, yet performs nearly as good as anything else out there.

The dual core sitting at 65 watts TDP makes it very desirable for HTPC, or low profile productivity machines which do not need (or want) extensive cooling.  The quad cores are still hefty processing units, but their low cost and 95 watt TDP do not take them out of the running for many midrange workstation type machines, or even HTPCs with better cooling.  Both of these processors play well enough for games, and even in most modern games the GPU will become a bottleneck well before either of these processors will slow something down to handful of frames per second.

AMD is keeping relevant with these releases, and when combined with a new AMD 800 series chipset, then the overall price/performance/featureset ratio is very attractive for a good majority of users out there.  The six processors released this week fill quite a few niches in the budget marketplace, and AMD has a very robust lineup for under $143.