Let’s take a quick look at the cards themselves before diving into the benchmarks and testing. 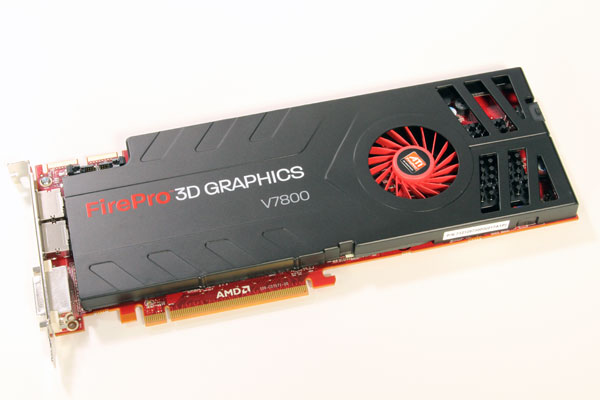 The V7800 is a slim card that is about the same length as the FirePro V8800 and Radeon HD 5870 graphics cards. It continues with the svelte red and black color design that fits the brand very well. 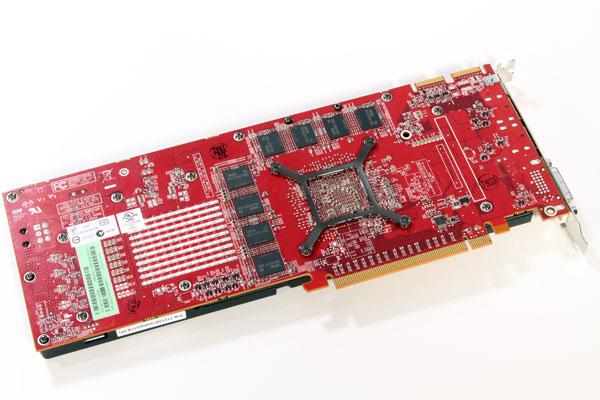 The back of the card is exposed and half of the 2GB of frame buffer can be seen. Up top you will see the pair of CrossFire connections indicating that the V7800 will of course still support multi-GPU configurations. 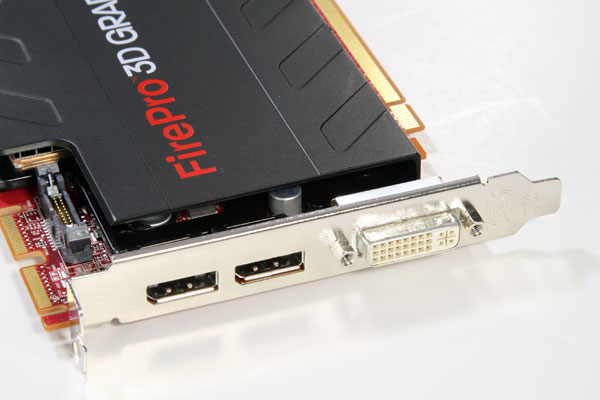 The external connections include a single dual-link DVI output and a pair of DisplayPort connections for the total of three displays per card. 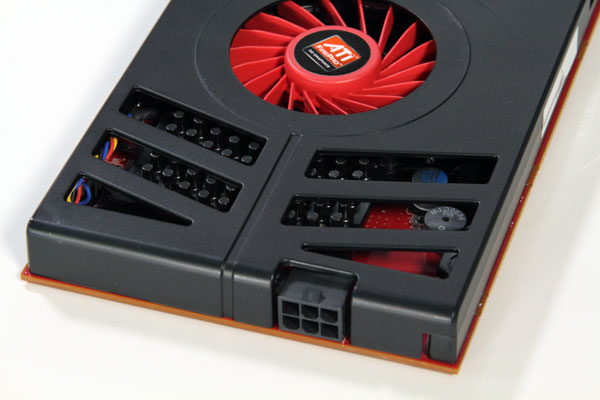 The V7800 only requires a single 6-pin PCIe power connection to run which will help keep power demands low. 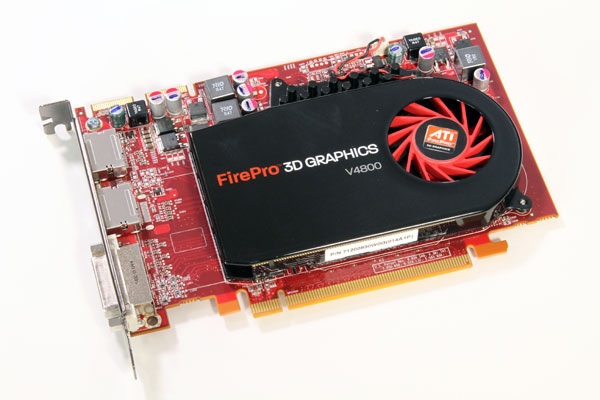 The V4800 is a much smaller card with a more classic GPU heatsink and fan on it. 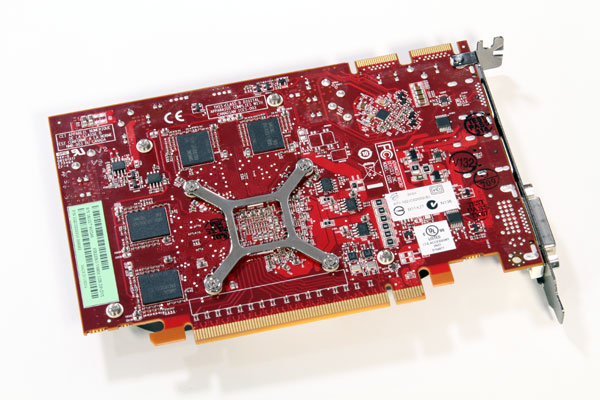 The back of card reveals half of the 1GB memory on the card as well as the continued support for CrossFire. 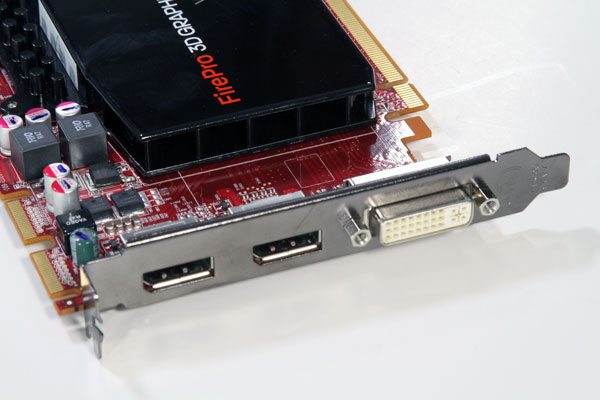 The same three connections are seen on the V4800 as the V7800: one dual-link DVI and two DisplayPort. 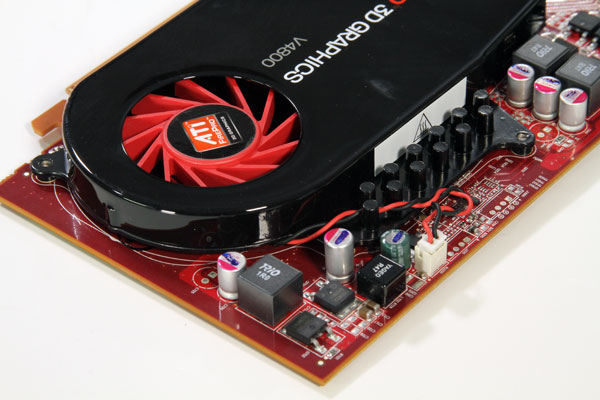 The V4800 is light enough on the juice that it doesn’t require any kind of external power.