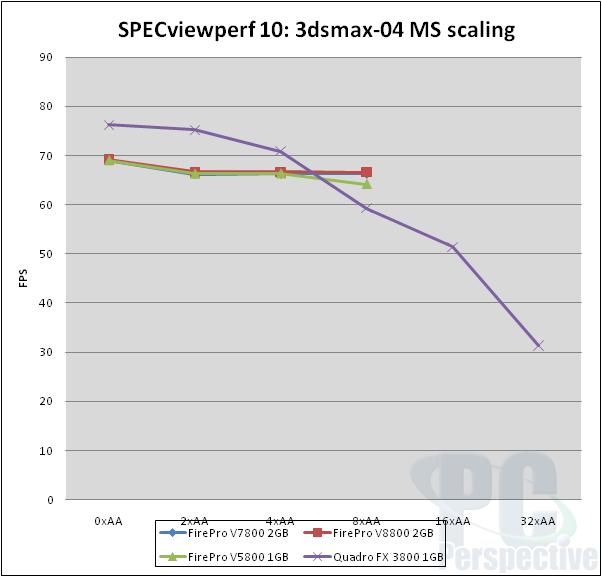 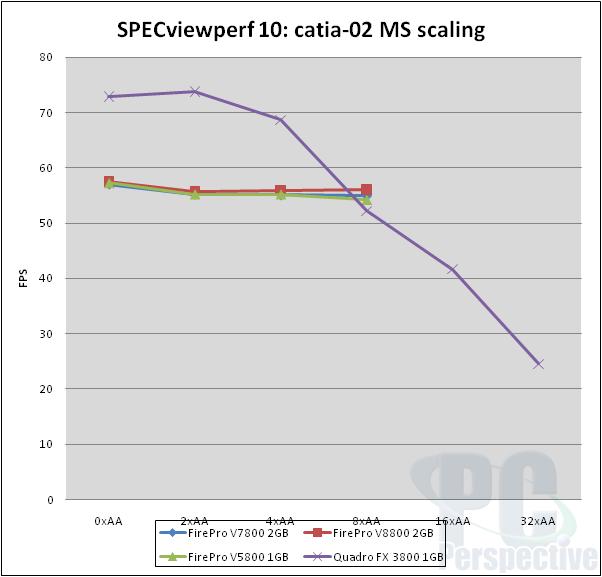 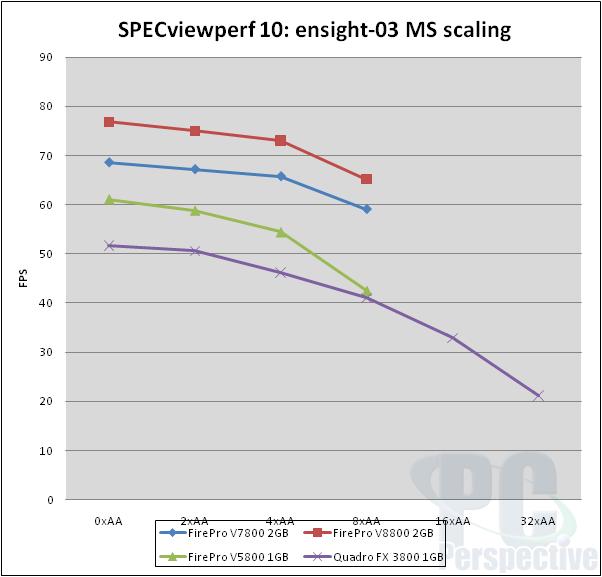 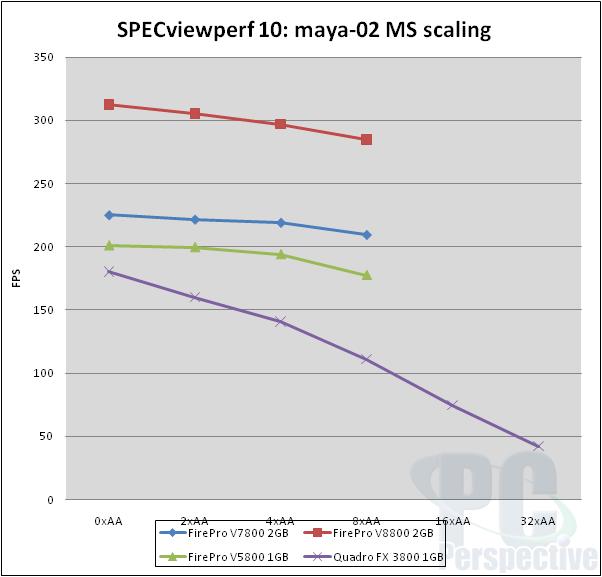 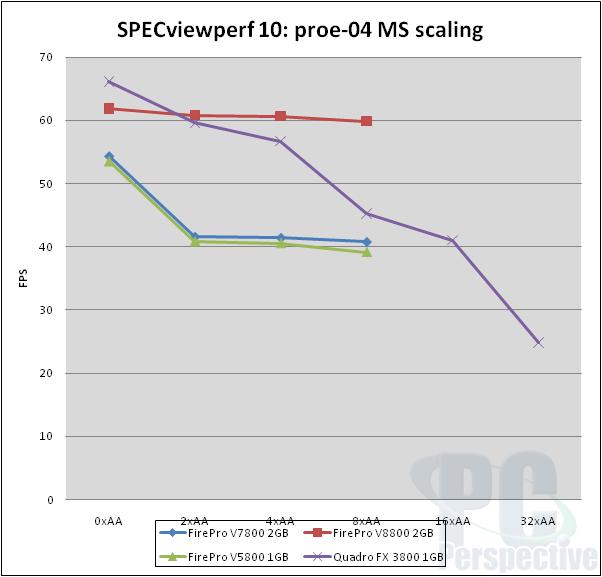 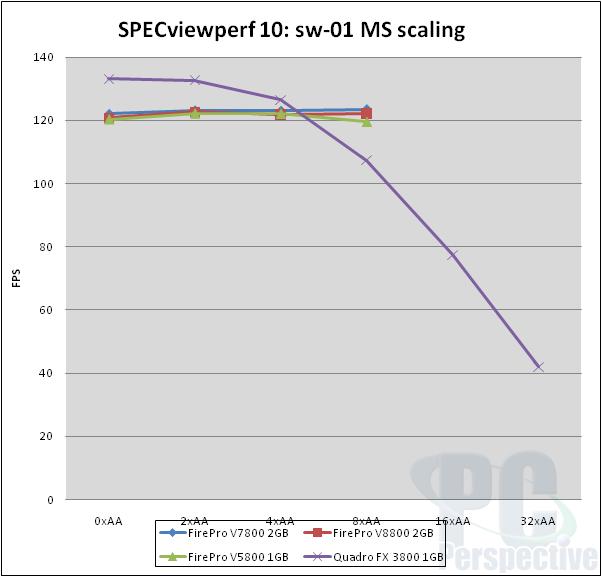 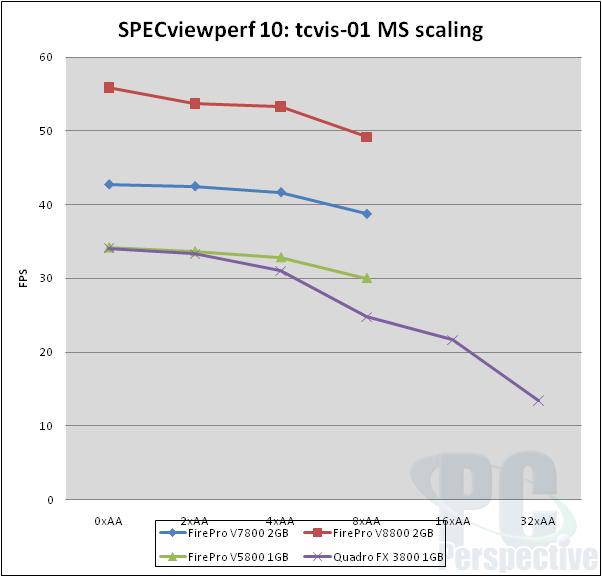 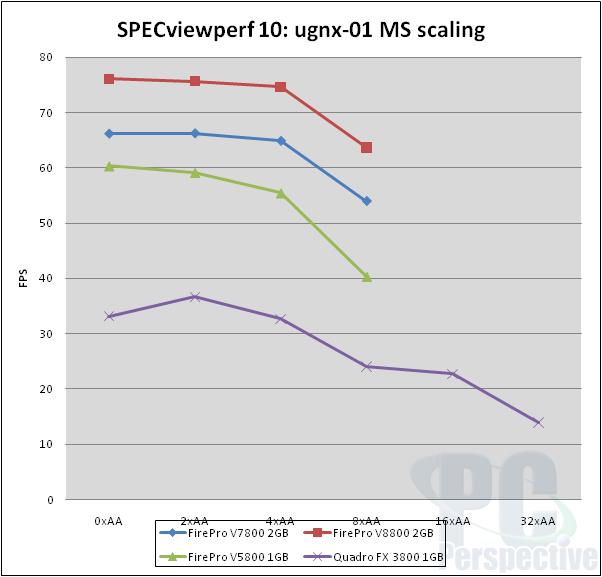 Again we see that in some cases all three of the new FirePro cards are performing at about the same levels while in other benchmarks, Maya for example, The V7800 and V5800 show similar performance and scaling levels. 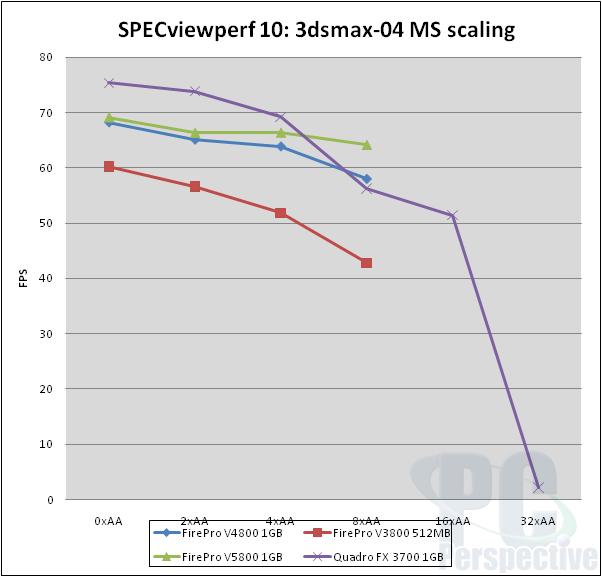 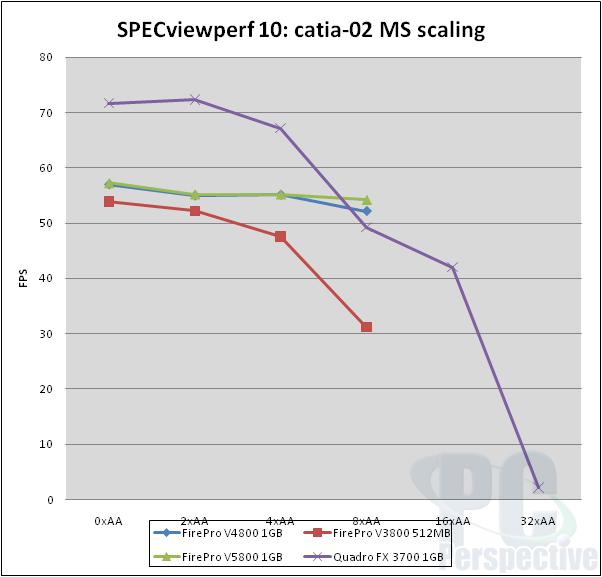 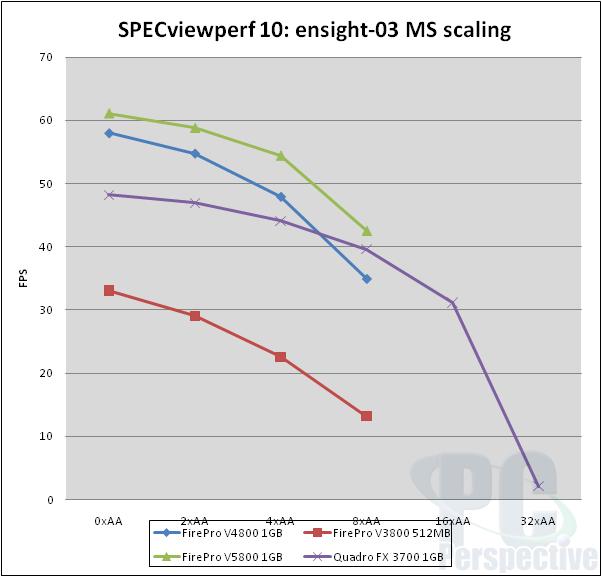 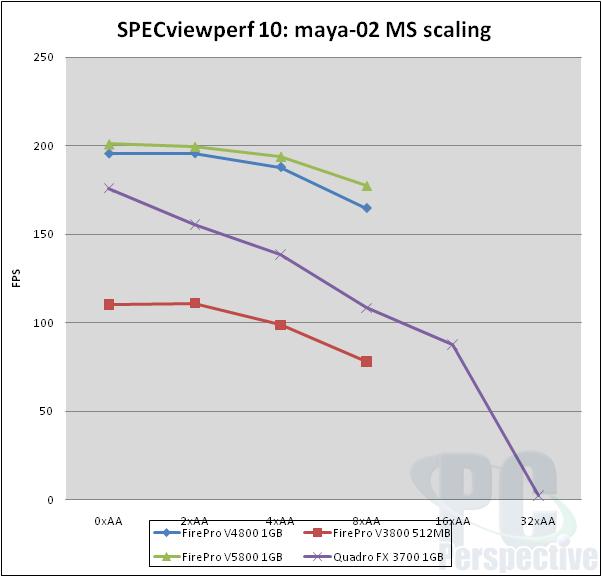 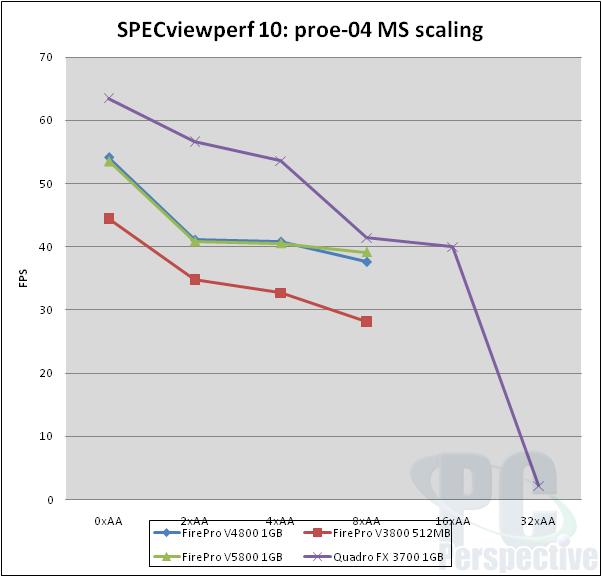 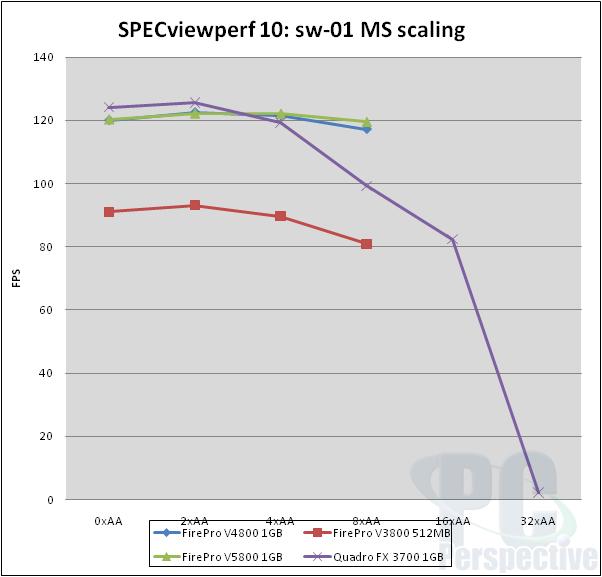 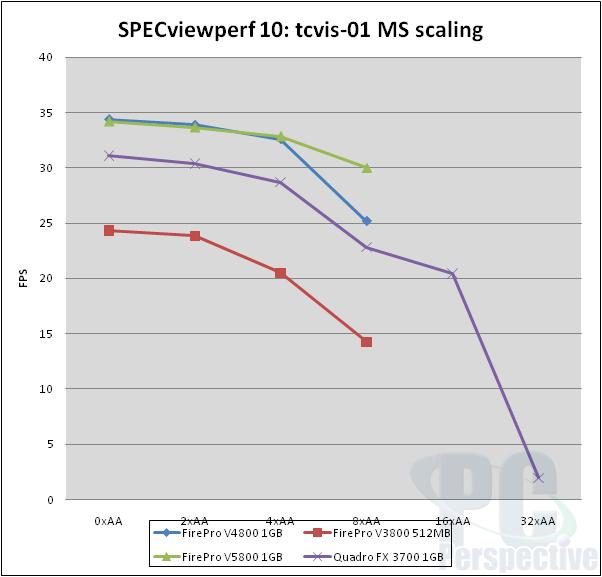 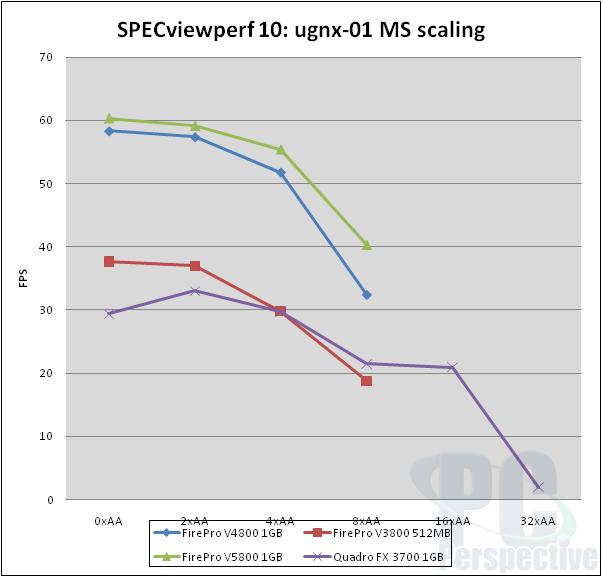 Throughout all of these results the blue bar of the V4800 seems to be sticking awfully close to the V5800’s green line indicating much less of a performance delta than we would have expected.