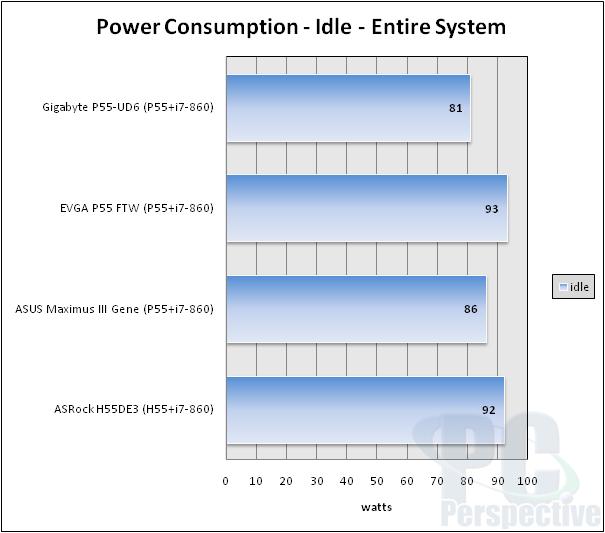 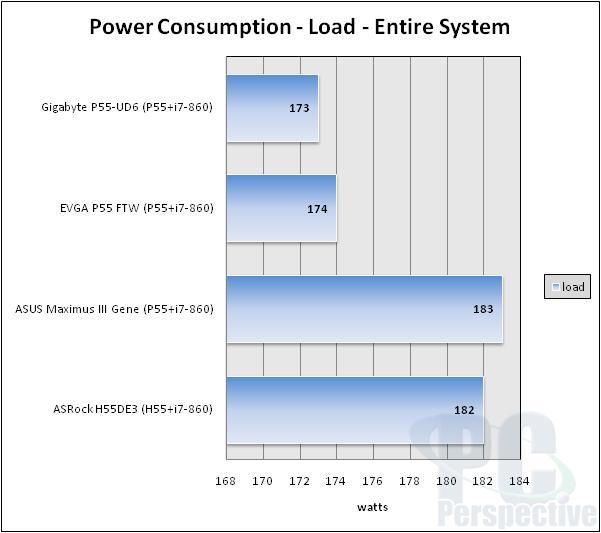 The power figures for the H55DE3 were on par with other P55-based boards we included in the testing portion of this review. While this board isn’t a true sized ATX board, its performance and power options are more than adequate for everything we threw at it today, including multimedia testing, gaming, rendering, and other key tasks users perform on a daily basis. 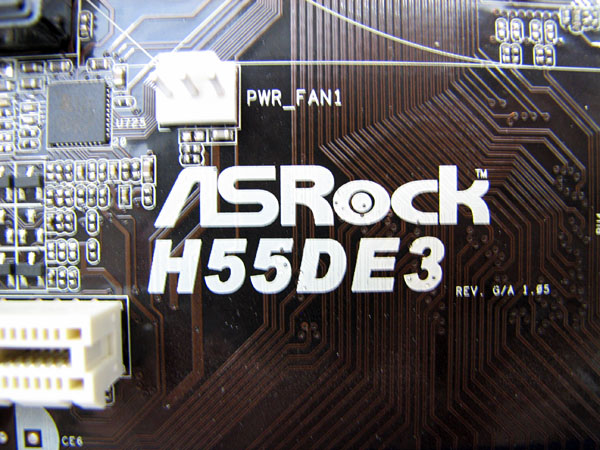 What’s not to like about the performance features on the H55DE3? It’s solid performance during our benchmarks as well as the included H55 chipset with onboard graphics really makes this a budget user’s dream motherboard if you are looking for a great home theater system upgrade that includes support for dual CrossfireX video cards and other key features that are bundled with the LGA 1156 platform. While some of the overall scores in PCMark Vantage and Sandra didn’t stack up to the competition, evaluating this board gave me a new perspective on some of these lesser known companies like ASRock. Back in the day, many of these companies didn’t have the reputation for producing quality products, but the H55DE3 really made me a believer in ASRock and the H55 chipset. 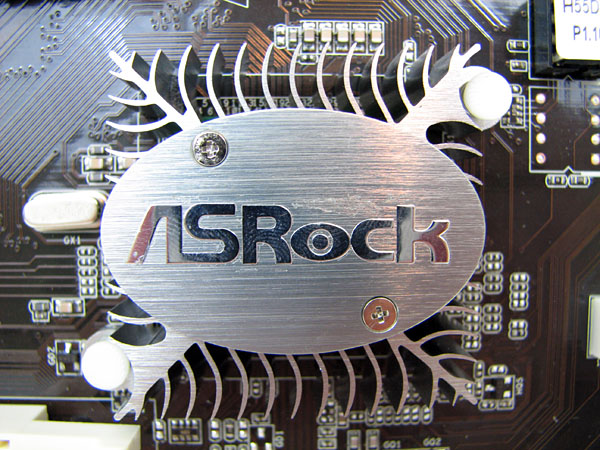 Some of the key features users need to pay attention to on the H55DE3 are the unique dimensions of the board, which are a bit smaller than standard ATX motherboards. They also need to understand that this board specifically supports ATI CrossfireX video card configurations, so NVIDIA users will need to find a different board for their PCs. Another consideration users should think about is that the power components on this board are not cooled properly using basic heatsinks like many modern motherboards. This causes me to wonder if the components will be able to take some of the heat issues many HTPC users have when they cram their cases into small cubby holes in their entertainment centers. I also need to note that there are only four SATA ports on board, which is pretty limited compared to other full size ATX solutions from other vendors. But, if you can get passed some of these minor issues, then the H55DE3’s performance really speaks for itself.

We like to thank ASRock for providing the H55DE3 for our review today. This is the first board we’ve reviewed with the H55 chipset and I have to say I’m highly impressed with the performance numbers we were seeing against its older brother the P55 chipset. ASRock did a good job of making an affordable motherboard with great overclocking capabilities at a cost that will make budget PC builders happily hand over their hard-earned dollars to purchase one. The smallish ATX form factor was a bit disappointing, but ASRock used the rest of the real estate wisely enough to include two PCIe x16 slots, four SATA ports, and three USB ports for six USB 2.0 devices. The black PCB was also a nice touch as well as the board layout’s clean design. One of my only beefs with this board was the lack of RAID support. This was highly disappointing because of how many users running SSDs and Western Digital Raptor drives in RAID 0 and 1. But, overall the H55DE3 performed better than our expectations and gave me a new found respect for ASRock.