Like most modern motherboards on the market today, the ASRock H55DE3 uses an American Megatrends Inc. BIOS that has been flashed to BIOS 2.20, which fixes the following issues: 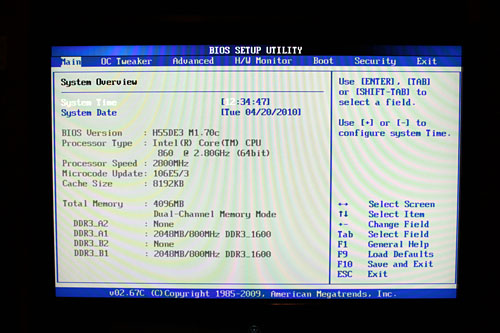 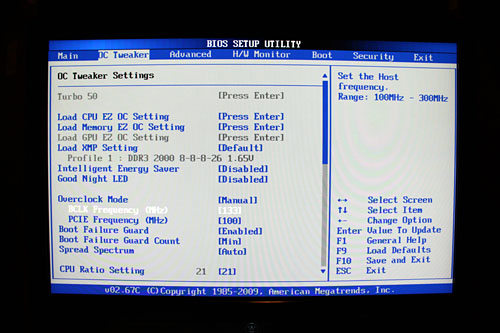 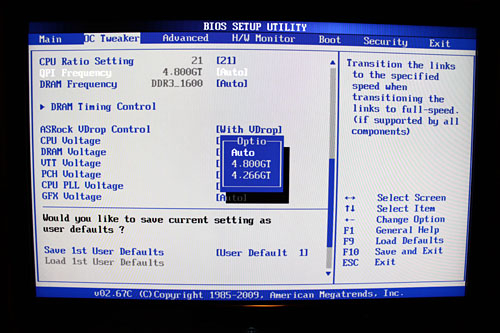 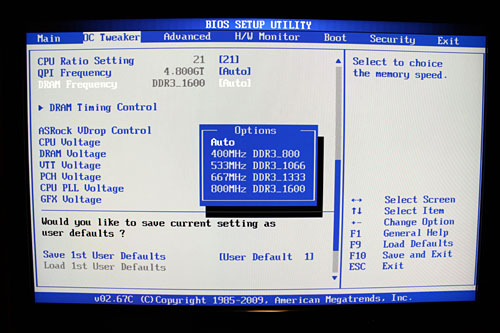 DRAM frequencies can be manually set between Auto and DDR3-800 to DDR3-1600. (Note: The board has higher memory overclocking capabilities that can be adjusted to DDR3-2400 using the Memory EZ OC option.) 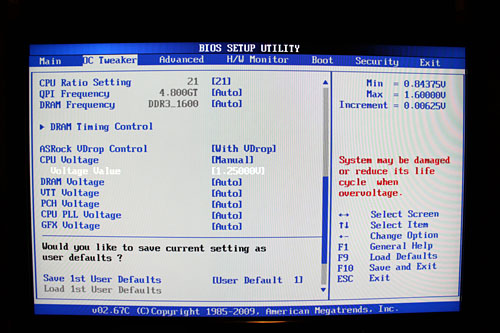 CPU voltages can be manually adjusted in .00625v increments 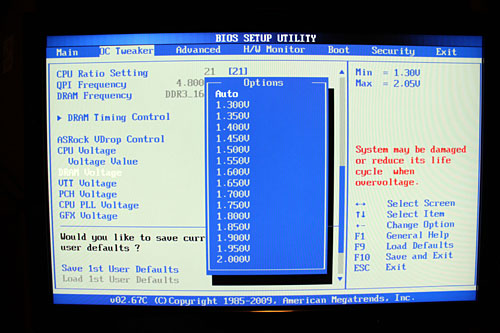 DRAM voltages can manually be adjusted from 1.3v to 2.05v 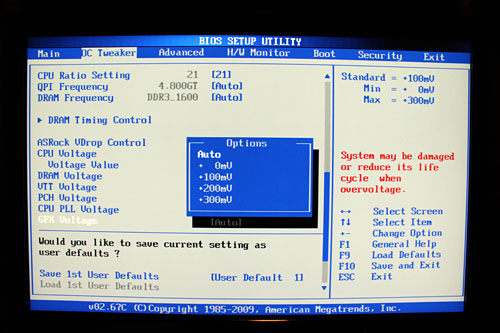 Onboard GFX voltages can be adjusted between 0mV and 300mV 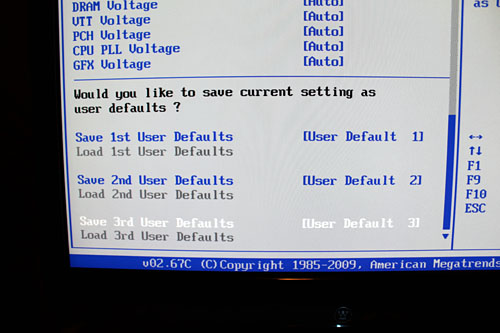 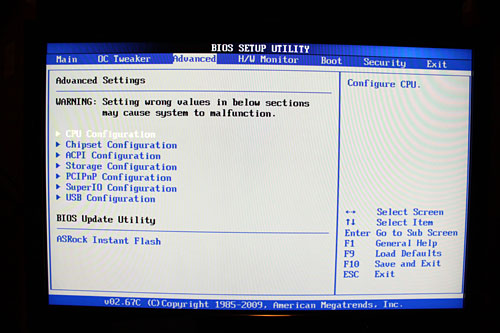 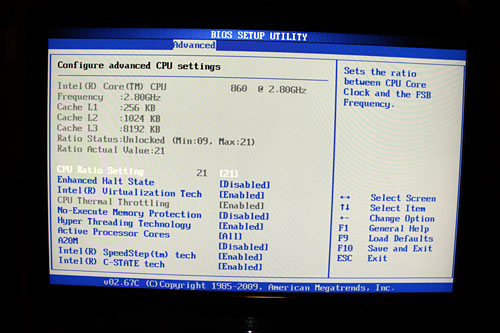 The CPU Configuration tab outlines key features that users can tweak to get higher overclocks. Some features to consider changing include the CPU ratio, Intel Virtualization Tech, Intel Speedstep, and Intel C-State tech. 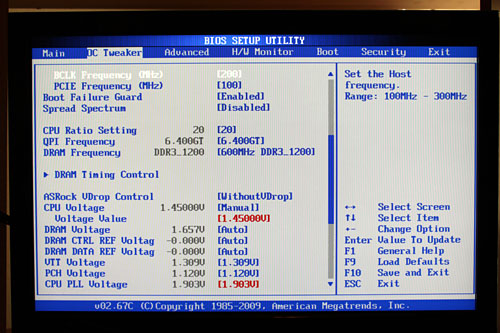 Base Clock can be adjusted between 100MHz and 300MHz 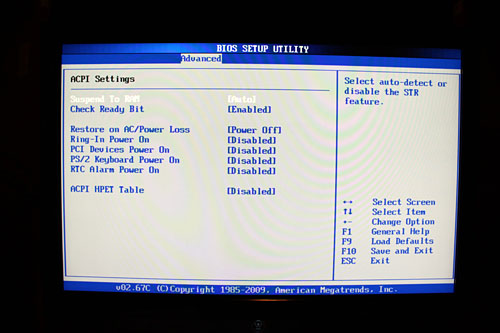 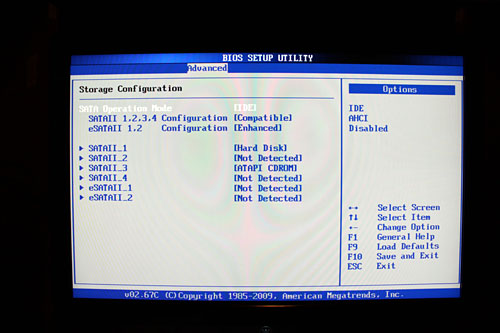 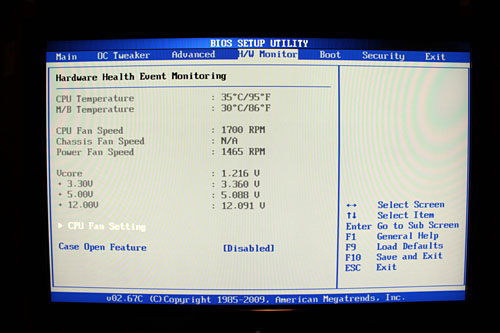 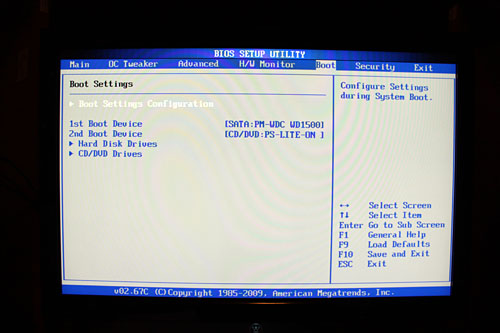 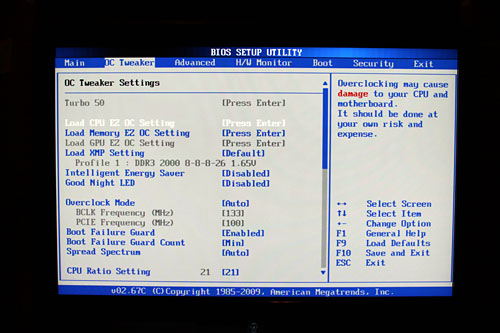 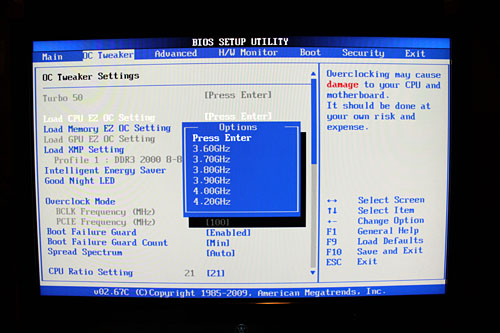 CPU EZ OC options range from 3.6GHz to 4.2GHz. This feature dynamically overclocks the CPU by increasing the base clock, adjusting CPU ratio, and manually increasing the CPU voltage. 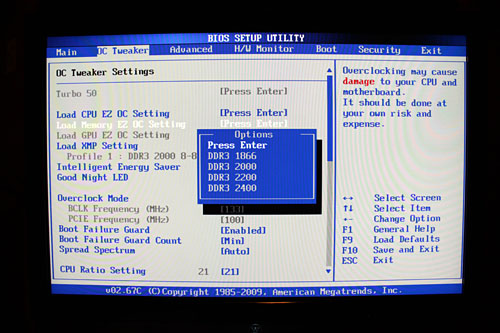