To test the performance of the Asus SBC-04D1S-U drive, we compare it to the popular Samsung SE-S084 external DVD drive, and the LiteOn iHES208-08 internal Blu-Ray drive. 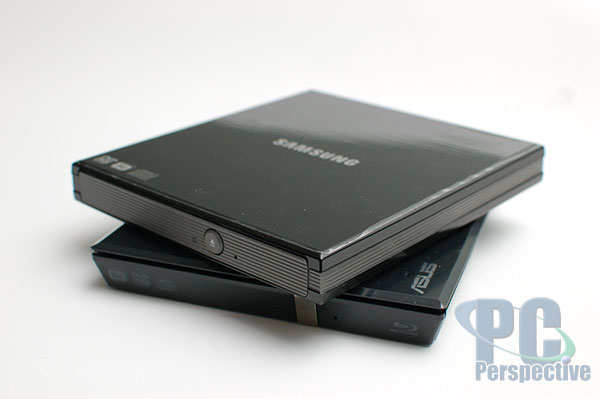 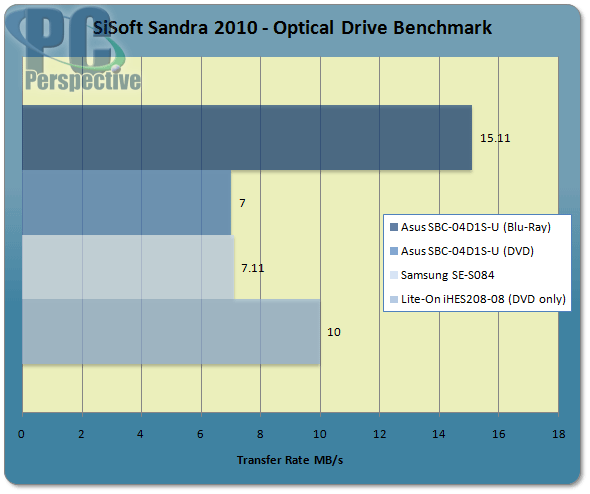 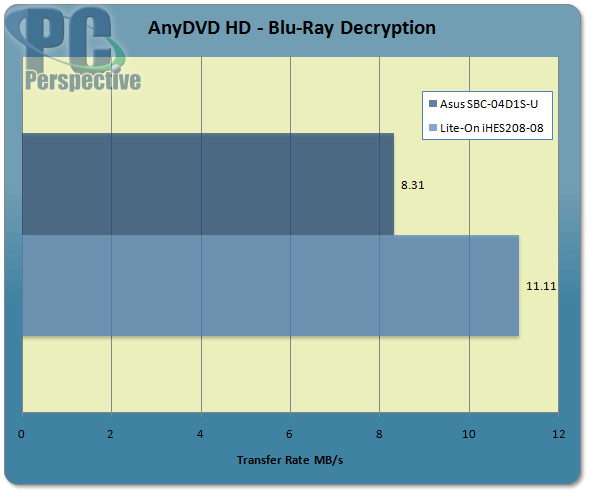 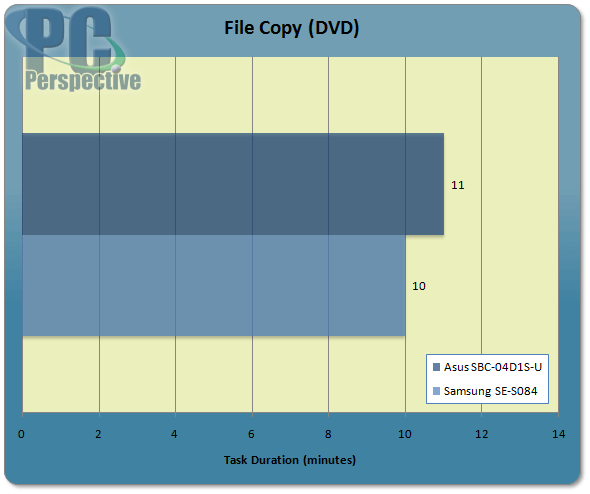 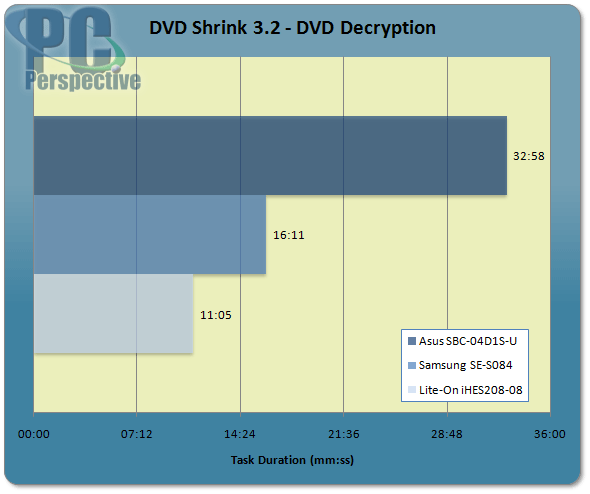 The results are a bit all over the map, but we can see that the Asus SBC-04D1S-U performing very slowly at DVD Decryption despite being re-tested on different systems. But in Sandra and DVD file copies, the performance is as good or better than the Samsung drive. At Blu-ray decryption, the drive performs as expected for a 4.8x BD drive.

We also re-tested the drive using the Asus Turbo Engine software which is supposed to improve drive performance, but in reality we saw no effect on any of the tests.

The Asus SBC-04D1S-U does exactly what you’d expect without any hassle. It installs and runs without drivers or software, only needs a single USB port to operate, and does not require any additional power source except for two USB ports in the rare cases you have problems reading a disc. 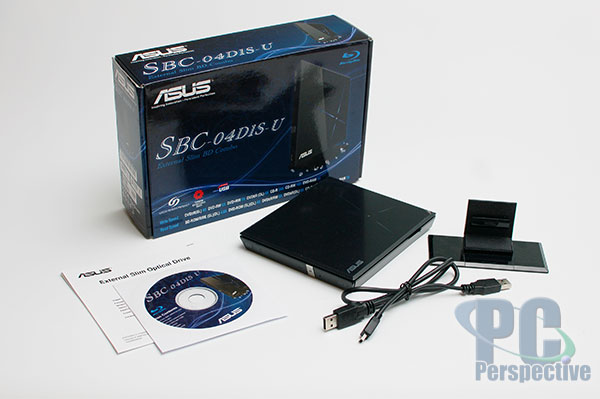 While the performance wasn’t exactly exceptional, it wasn’t a sluggard either. In the end, the Asus SBC-04D1S-U is a safe purchase you can’t go wrong with and does what you need without any hassle.The SBC-04D1S-U can be found for around $100, whereas the slightly faster 6x version (SBC-06D1S-U) is more readily available at $150.