It should come as no surprise to the industry that AMD will be demonstrating Fusion-ready systems at Computex that are the first to combine a traditional microprocessor architecture and a modern graphics processing core on a single die for mainstream processing.  The details of the Fusion processors have been discussed by AMD at various microprocessor conferences. 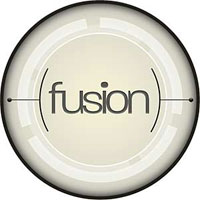 The Llano part will be the notebook-market APU (accelerated processing unit) that combines four x86 processor cores with a Redwood-class (~400 stream processors) DirectX 11 capable performance GPU, all on the same monolithic die.  Both functional units will access the same DDR3 memory controller (nothing specific on number of channels) and each of the four cores will have a 1MB L2 cache to itself but these APUs will not have any L3 cache.  Clock speeds are expected to reach the 3.0+ GHz mark.  AMD claims Llano will have a maximum TDP of 25-50W (remember this is a mobility processor) and will operate at voltages ranging from 0.8v to 1.3v.  AMD says that the entire chip will have drastically improved power management features and clock gating to improve power efficiency. 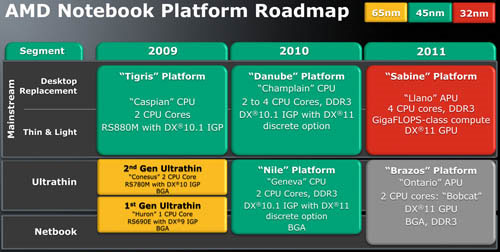 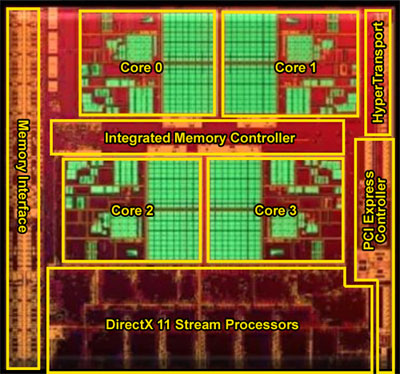 
It would seem obvious after this product is released that the market for sub-$100 graphics cards, both mobile and discrete, will somewhat fall away.  OEMs are already weighing the benefits of integrated technologies like this that will not only offer pricing advantages but also offer more than enough performance for the majority of the high-performance computing the everyday consumer demands.

Ontario is a much lower power and lower performance part that is being target at the Atom markets, some of which may overlap with Intel’s goals for Moorestown.  Ontario will include a pair of x86 processing cores based on the Bobcat architecture as well a much lower performance DX11-ready GPU in a SoC (system on a chip) design with a TDP under 1 watt per core.  AMD confirmed that they had internal samples of these new Ontario processors already and planned to be in “volume production” in late 2010.

What might be most interesting is not WHAT it is, but WHERE it is made.  We have learned that the Ontario Fusion solution will be built on a 40nm process and thus we can conclude this AMD-designed part will not be built by GlobalFoundries, the previously-AMD-owned foundry company, but rather by TSMC on the 40nm G technology.  GlobalFoundries does not have a 40nm process node today (UPDATE: GlobalFoundries does have a 40nm process currently but it is targeted at low power devices like cell phones, not high performance required for processors like Ontario) or planned until late in 2011 so they were out of the discussion and that leaves TSMC as the only other fabrication facility with experience with AMD designs. 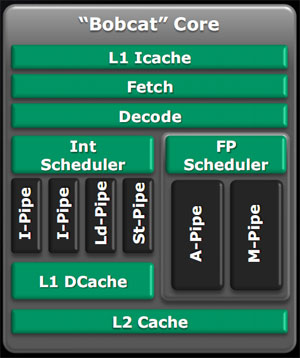 
This does introduce some interesting ideas around intellectual property and producing AMD processors cores outside of its own or GF fabs for the first time.  We have to say we are just as surprised by this move by AMD as we were when we learned Intel was going to be allowing Atom-based SoCs to be produced by TSMC – now both companies appear to be taking the same route for this specific mobility market.

We are looking forward to getting more information from AMD on these topics and more at Computex this week.  Stay tuned to our Computex coverage page for the latest. 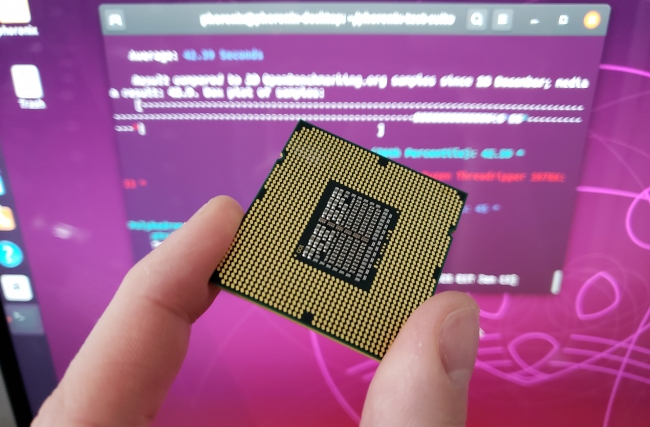 How Time Flies, Two Years Since Spectre And Meltdown Were Officially Disclosed