OCZ’s booth was once ruled by memory and memory demonstrations; but not anymore.  Now the dominant technology on hand at OCZ is solid state drives.  We have already looked at and reviewed numerous OCZ SSDs here at PC Perspective but this week at Computex 2010 in Taipei the company had a few new things for us to curiously poke at.

First, OCZ is bringing the speed of the Vertex 2 line of SSDs to the 1.8-in form factor from the currently existing 2.5-in designs.  While traditionally 1.8-in SSDs have been slow and sometimes even worse for a consumer than standard hard drives, these new OCZ Vertex 2 designs will offer nearly identical performance and should only incur a slight cost difference from the larger 2.5-in models. 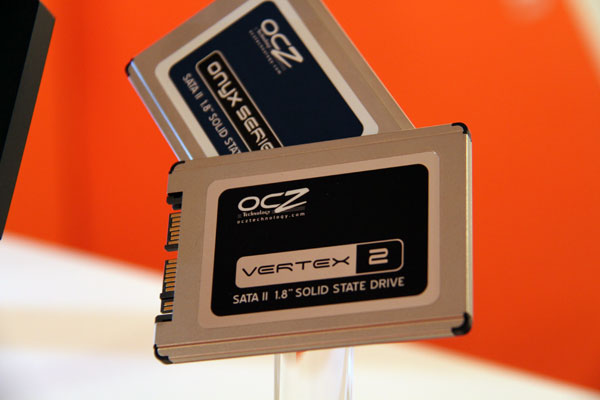 The second item at the booth was even more exciting for the ‘nerds of storage’ that most of us at PC Perspective are.  The upcoming OCZ Revo drive is targeted as a truly affordable (by SSD standards) PCIe-based solid state solution that combines incredible performance with a bootable partition. 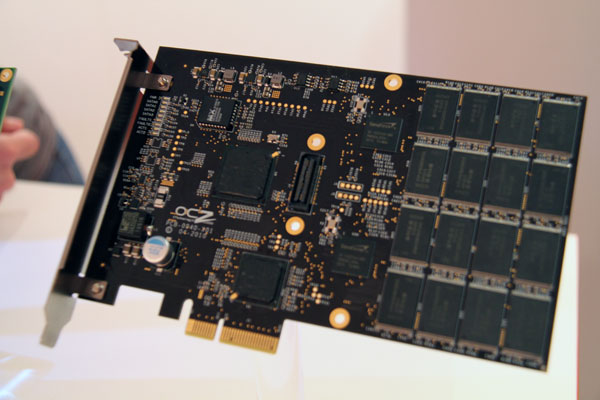 The Revo uses a x4 PCIe slot that maxes out at 1.0 GB/s so system bandwidth shouldn’t be a bottleneck.  You can expect to start seeing these SSDs ship to the channel in late June so stay tuned for the PC Perspective review! 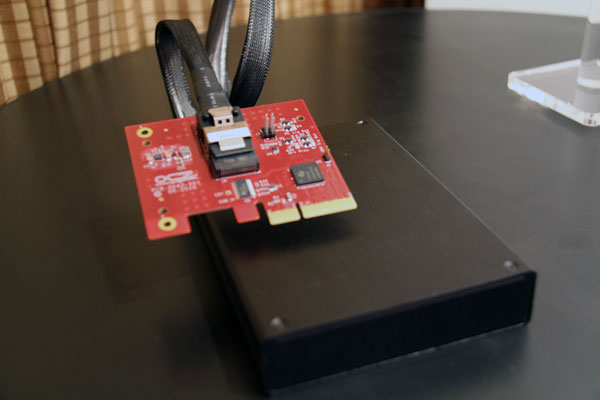 A user would install the red PCB expansion card into their system and connect the black 3.5-in device that resembles an OCZ Colossus via the cable seen above.  That drive could be mounted anywhere in the system and actually uses standard SATA power connections to keep the juices flowing.

This custom, proprietary connection from OCZ will support data rates as high as 20 Gbit/s and allows a PCIe-to-storage connection that will be truly limited by the speed of your PCI Express bus.  This add-in card and storage device combination will only be compatible with each other; thoughts of using the HSDL for standard SSDs are out the door.  In the image above the PCIe x4 slot communicates through a HSDL connection to a custom SSD device that was essentially a pair of OCZ Revos in a single enclosure.  Obviously this means the device would be FAST and also expensive. 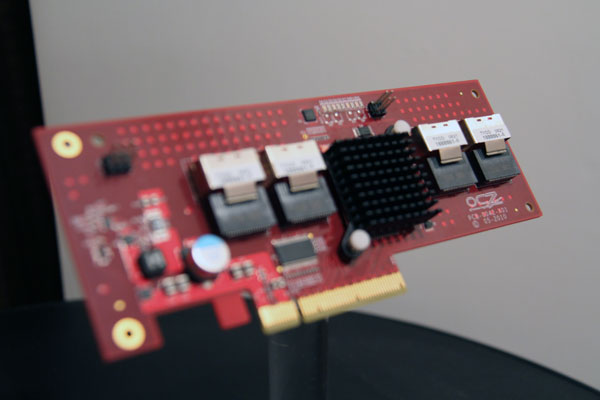 Interestingly OCZ is looking at keeping this unique connection type around for many other devices and configurations.  They had a larger bandwidth expansion card capable of communicating with four such SSDs.  OCZ’s team even indicated that they would hope to see future motherboards implement a HSDL on-board for easier installation of this unique storage solution.

Pricing and availability on such an interesting device are obviously still in the air – these were very early prototypes on display.  OCZ does think they will be available by the end of 2010 though. 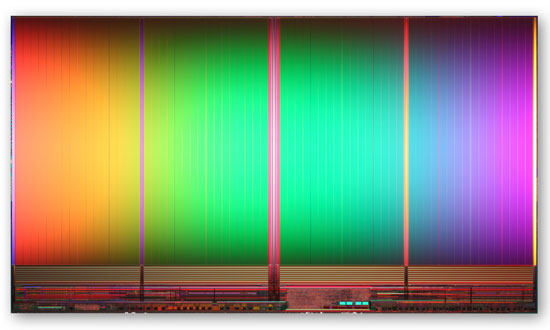 Plextor’s stab at an SSD 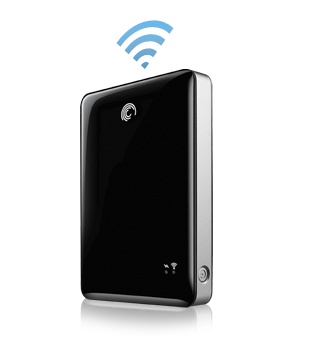