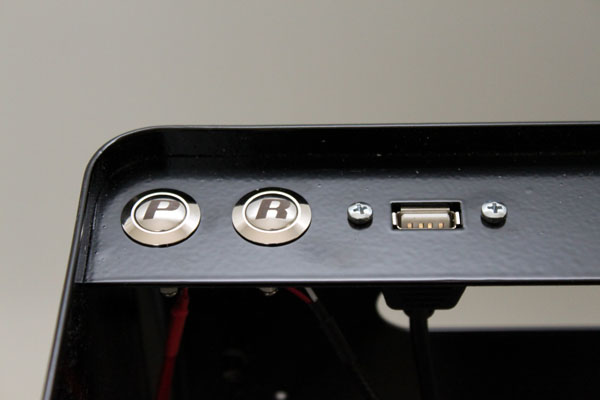 Before we started to install the hardware, we screwed in the power button, reset button, and included USB port. 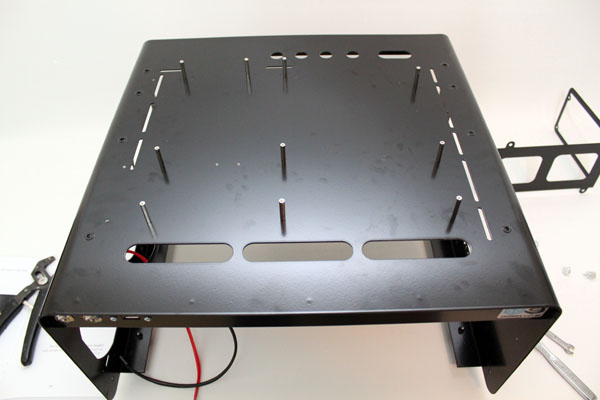 Next, we installed 10 motherboard standoffs for our ATX motherboard configuration. The height on these standoffs might seem a bit excessive, but they will allow more airflow under the motherboard, which is one of the advantages of having an open-air case setup. 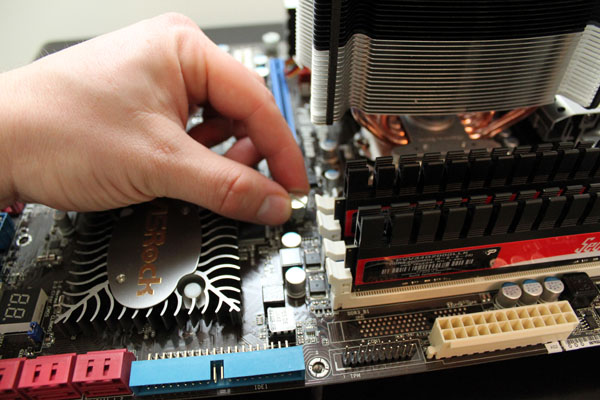 After all the standoffs were secured, we moved on to installing the motherboard, heatsink and memory. This was an easy process and included 10 thumbscrews to complete the task. 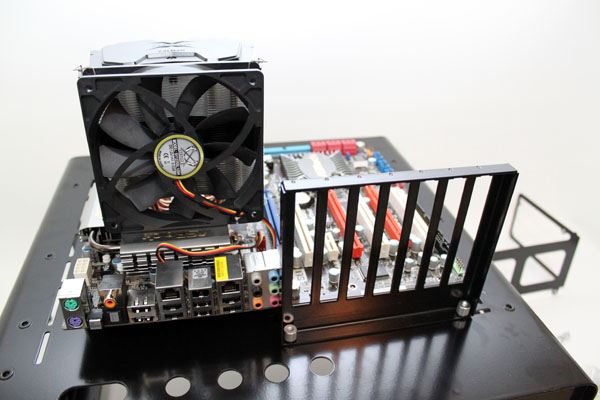 Then, we loosely screwed in the PCI slot adapter. We made it loose so we could move it around so it would fit perfectly when we install the graphics card. 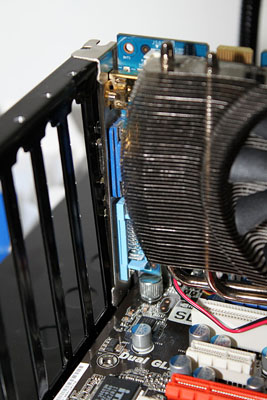 After attempting to install our GTS 250 graphics card, I noticed the card wouldn’t go all the way down into the PCIe slot. After further inspection, I noticed it was hitting the thumbscrew below the front of the graphics card. This screw was too high so I replaced it with a normal screw and completed installing the graphics card. 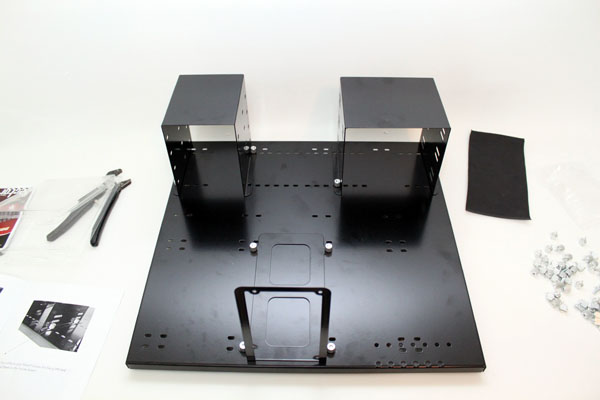 After installing all the hardware for the top of the test bench, I moved onto to the bottom tray where the optical drives, hard drives, adn power supply are located. I installed the bays and PSU bracket using thumbscrews to prep it before I installed the actual components. 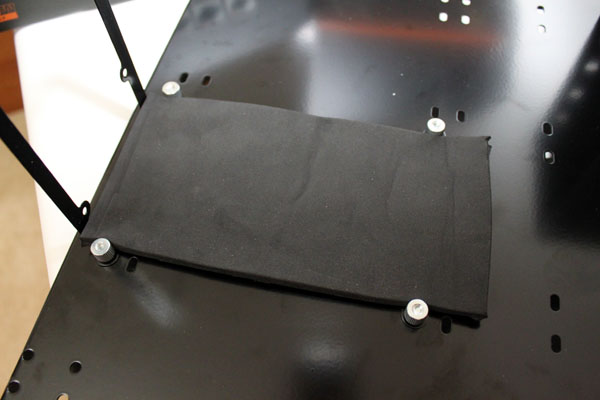 After installing the power supply, I laid down some of the included sound dampening material to help reduce the PSU’s vibration. It should work nicely in this setup. 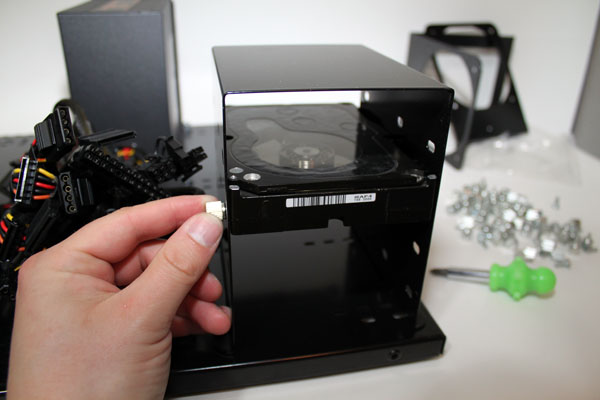 We installed our Western Digital Raptor 150GB hard drive using four thumbscrews. This was a nice change from using normal screws to secure these components. 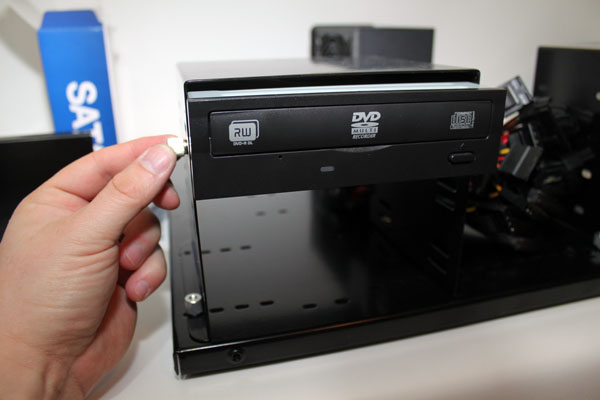 I did the same thing for our Lite-On DVD burner as I did for the hard drive. It only required four thumbscrews to secure the optical drive in place. 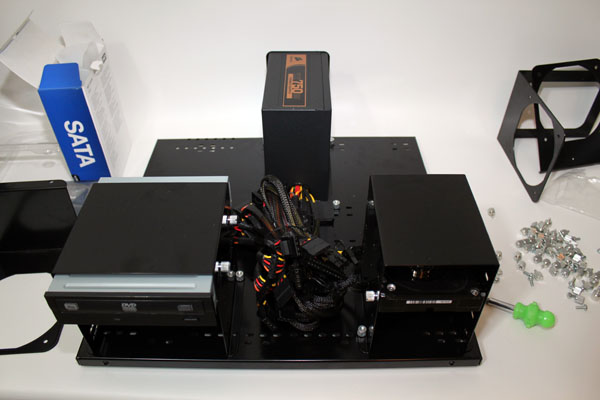 lastly, I installed the power supply at the back of the tray. Here is the completed tray before I connected all the power cables. 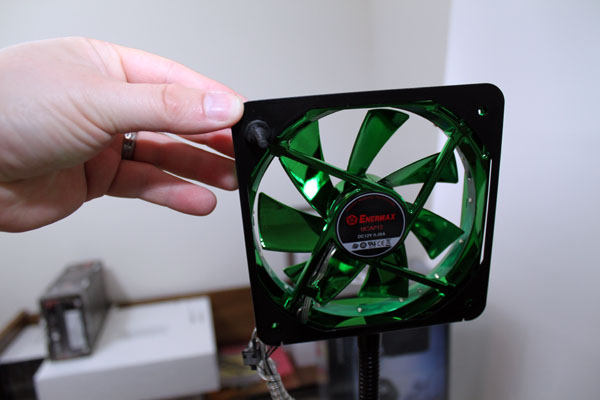 Lastly, I installed two 120mm fans using the flexible fan bar and another fan bracket that went over the graphics card. 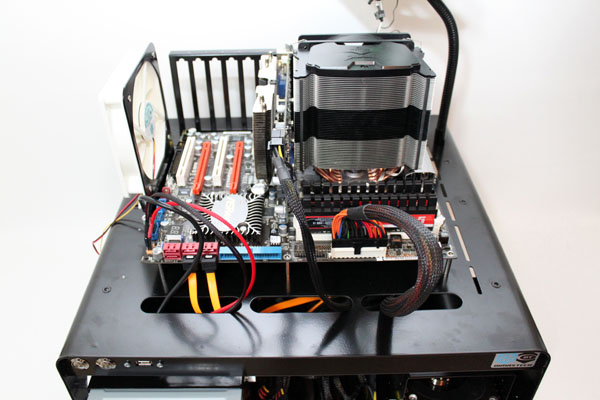 Here’s the finished product after routing all the data and power cables from the bottom to the top of the case. It took us around an hour to get everything installed, but our effort was well worth the wait after seeing the Dimastech Bench/Test Table V2.5 in its completed form. The ability to route the cables through a couple slots in the top of the shell was very helpful. I also liked being able to move the fan brackets along the slots around the motherboard to better locations that would maximize how much airflow was getting on certain components. 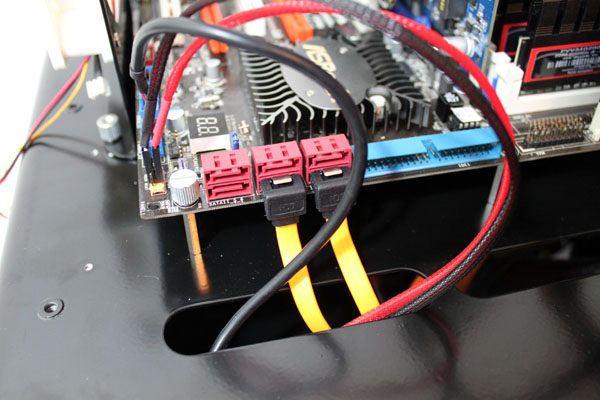 Here’s a close-up shot of the SATA cables being routed from the optical and hard drives to the motherboard. It also shows how we routed the power and reset buttons. 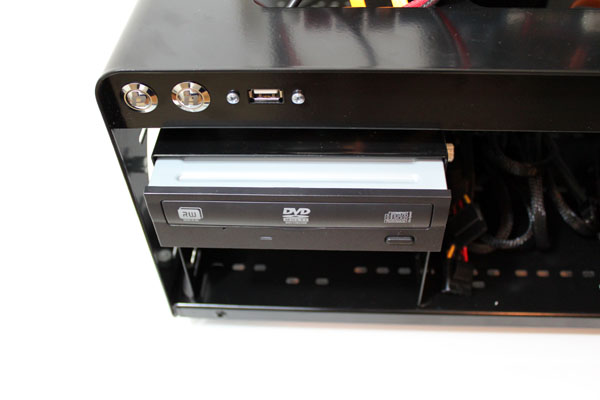 One of our only complaints we noticed during installation was that we weren’t able to make the DVD burner flush with the front of the case. This isn’t a huge issue, but just a small misstep that can be corrected in future revisions. 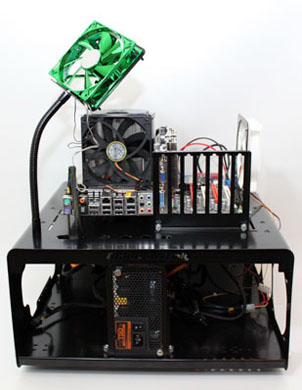 Here’s a full shot of the entire test bench. You can see tons of extra room at the bottom of the case for water cooling components or other critical hardware that overclockers and hardware reviewers might add to this rig.

Is it worth investing in an 80+ rated PSU to save yourself money?

Hard drive basics served up on a platter