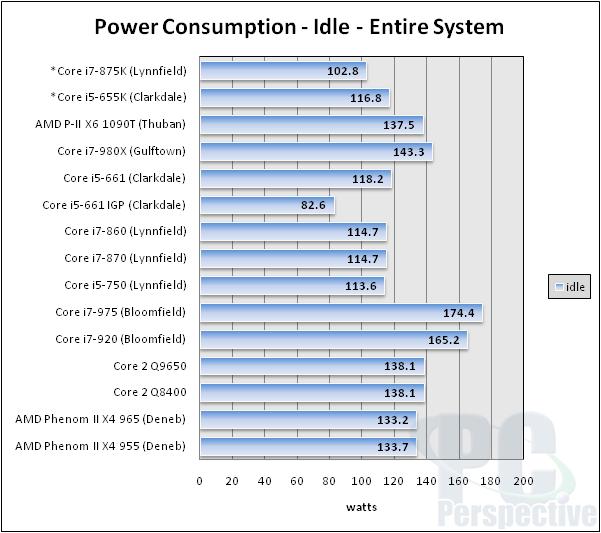 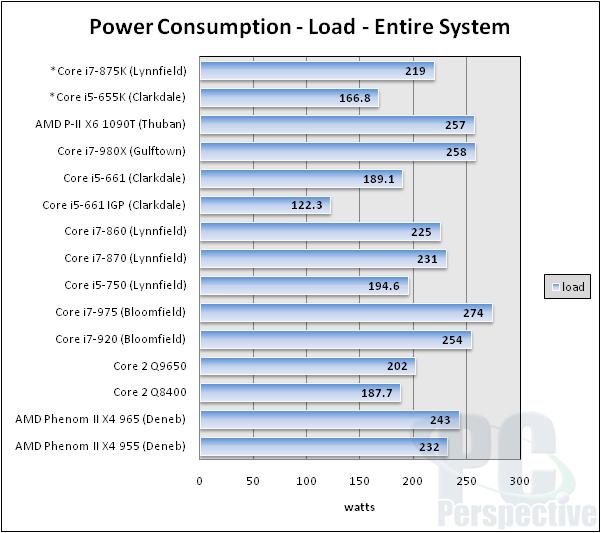 The power consumption of the processors fell right in line with where we expected them be based on their Lynnfield and Clarkdale heritage.  Obviously, because these two processors were tested on a different motherboard than our previous CPUs used there are going to be a handful of watts difference either way.

Obviously the power consumption of overclocked processors will skyrocket over these as the CPU leakage rates increase but I think it goes without saying that is you are going to be attempting hit 4.8 GHz on your processor you are well aware of the inefficiencies in doing so. 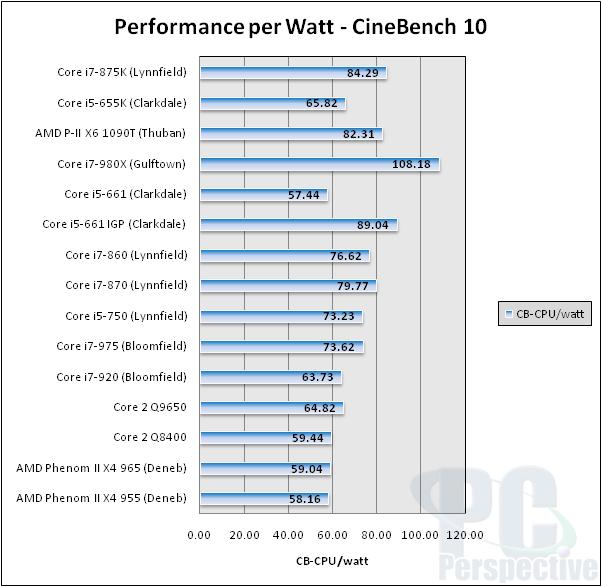 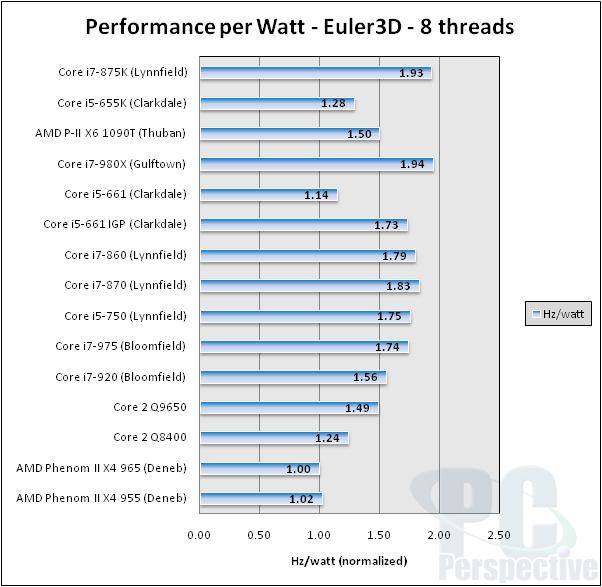 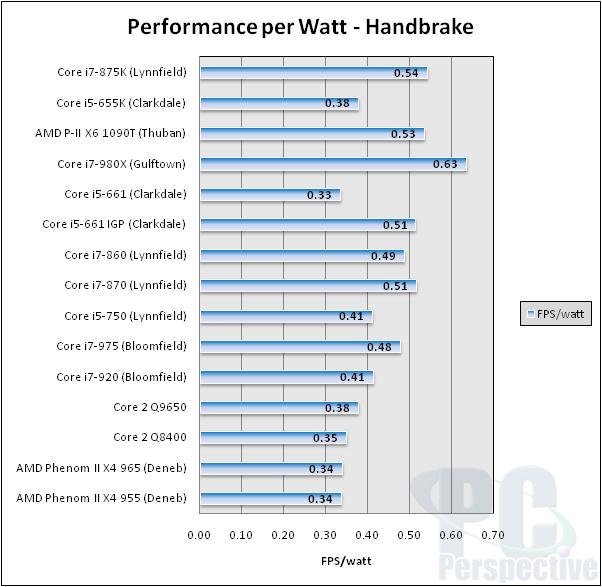 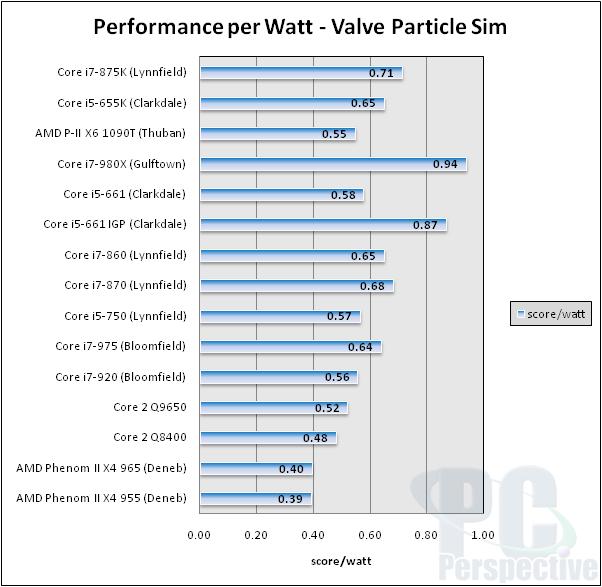 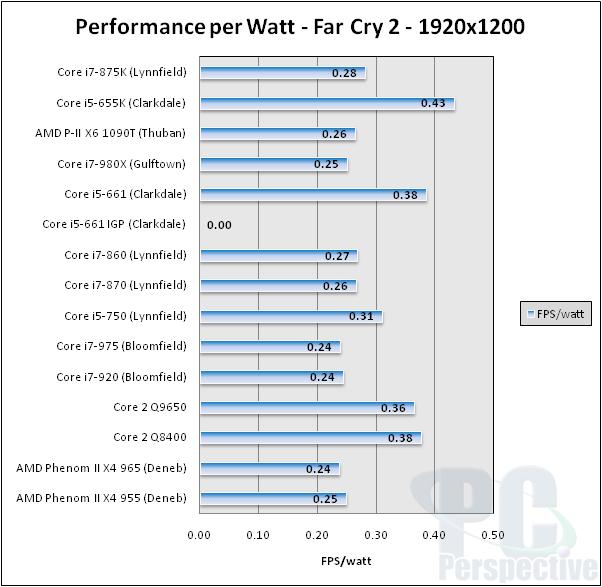 With the slightly lower power consumption seen in the K-series tests we did this resulted in a noticeable but not dramatic increase in efficiency and performance per watt.