Intel is expected to lift the screen size restriction of 10.2 inches on current generation Atom netbooks to a maximum of 12.1 inches. This would allow OEMs to bring to market 11.6 and 12.1 inch Atom netbooks encroaching on the area that has been occupied by Atom and NVIDIA ION combinations, and AMD sub-notes. All of this coordinated with the upcoming release of the Atom N550 CPU.

This decision would mean that the lines between netbooks and notebooks will be blurred even more, and it will be up to the consumer to be aware or ask the right questions so they get the system they want. 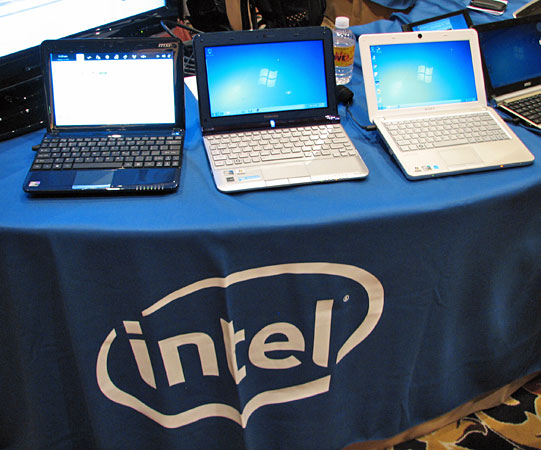 “Intel plans to launch a dual-core Atom processor, the Atom N550, in the second half of 2010, and will also lift restrictions on the panel sizes of netbooks using the CPU, meaning vendors will be allowed to bring out 11.6-inch and 12.1-inch models, according to sources from notebook players.

Intel’s previous Atom CPUs carry restrictions which do not allow devices to have a panel size larger than 10.2-inch, to avoid netbooks cutting into demand for traditional notebooks.”