To test Wi-Di, we take a look under a number of applications including general Windows application, streaming Flash video, gaming, DVD and Blu-Ray playback, and some HD movie files.

With Battlefield: Bad Company 2, the game managed to load, but the system froze when trying to adjust detail settings. I then tried Mass Effect 2, and it wouldn’t even load with Wi-Di. 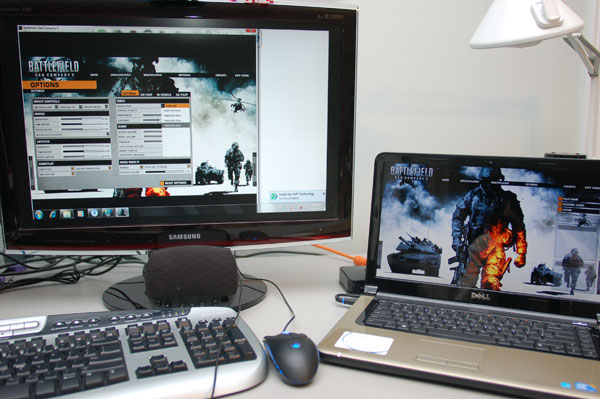 Left4Dead 2 managed to run and it was not playable at all. The frame rates averaged 20 FPS which may have been tolerable if only the input lag wasn’t so bad. There was about a second or two delay between pressing fire and the resulting action showing up on the screen. This made targeting nearly impossible as there just wasn’t any immediate visual feedback that you’re aiming in the right direction.

Using Wireless Display in Windows was fine as long as you anticipate the delay between mouse actions. Common actions like drag selections and opening menus are delayed by about a second which makes really quick interactions hard to do. Using a word processor like Notepad or MS Word, there is a delay between keystrokes and the words appearing on screen. Likewise, if you’re thinking that Wi-Di would make a great business tool for making Power Point presentations, it’s possible as long as you anticipate the delay between advancing slides. So using Wi-Di as a way of attaching a secondary display for everyday computing tasks is not recommended because of the input lag.

The best way to describe the sluggishness of Wireless Display in Windows is like what you would experience using remote desktop software like TightVNC, or trying to use someone’s computer that has been infected with 2,000 viruses. 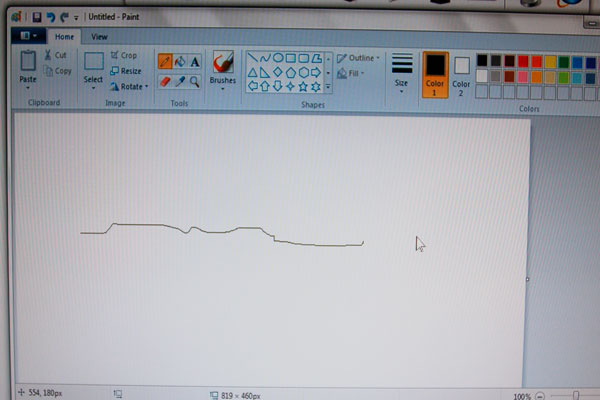 In the Wireless Display specifications, we already know that content with copy protection will not work with Wi-Di, but this doesn’t stop us from trying it. 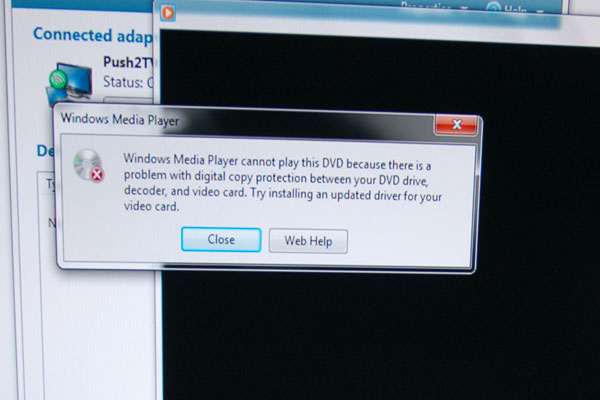 Playing Star Trek on Blu-Ray with ArcSoft Total Media player would drop the Wi-Di signal, freeze and then restart the system. Playing back DVDs in Windows Media player would just stop the playback after the FBI warning stating that you’re prohibited to watch the video.

Here is where Wireless Display really shines. In playing back full HD H.264 compressed movie files, Intel Wireless Display keeps up very nicely. The audio is properly synced on the Wi-Di display and the visual quality is actually quite good from a distance. But up close, while the movie is playing, there are see compression artifacts around edges which can make images appear less sharp. I wouldn’t call this a huge issue since it’s not that noticeable from farther away, but true videophiles may want to opt for a hard wired solution. 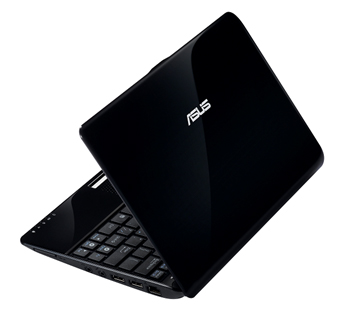