Streaming Flash video and other video content online is likely going to be a primary use case for Wireless Display since the technology is restricted from playing back copy protected materials.

Using Wireless Display to access videos from Game Trailers, The Escapist, Vimeo, and YouTube worked as you’d expect with any attached display. I found that the compression artifacts were less noticeable since Flash video is already heavily compressed – it was hard to tell what was originally in the content and what was introduced by Wi-Di. 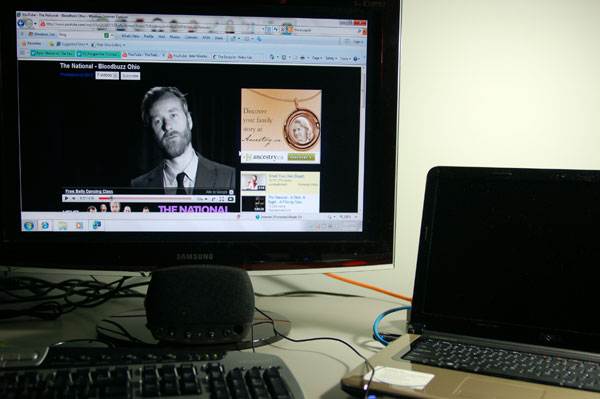 I noticed that Firefox 3.6 streaming videos over Wi-Di were smoother than streaming the same content in IE8. Not sure what accounts for this difference, but it may be Wi-Di exaggerating the Flash performance differences between the two browsers.

While testing, I did encounter a nasty bug where Sun’s Java Update Scheduler (jusched.exe) caused stuttering, dropped frames, audio sync issues, and even screen corruption. With the Java Update Scheduler identified as the problem and disabled, Wireless Display is much more enjoyable and performed as you’d expect when delivering rich web content.

So be sure to disable or uninstall jusched.exe if you’re planning on using Wi-Di. 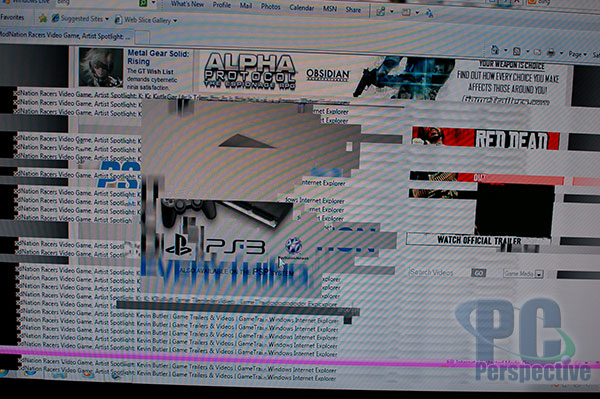 Using the PC Perspective Web Productivity Test which includes streamed Flash video in addition to some general web browsing, we disable screen dimming and shut-off, as well as any critical battery warnings to run the system continuously until it runs out of battery power. 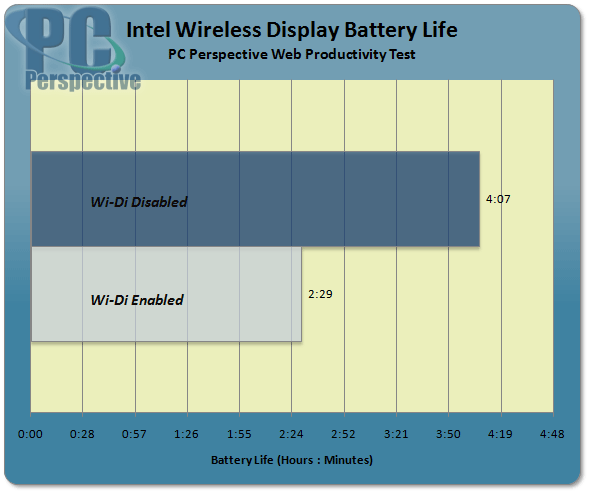 The resources required to compress and then stream video over wireless takes a substantial portion of the Dell Studio 15z’s battery reserve. Even though there is a 40% difference in results, with Wi-Di enabled we are still able to get well over 2 hours of battery life which is sufficient for a standard movie or a lot of time wasting on the Web.

Get your mobile game on