While Intel’s Wireless Display is definitely an easy way to get your notebook’s display to stream content to a remote display without wires, there are a few limitations to be aware of.
With these restrictions, where does Wi-Di fit in with the rest of your rec room?

The best applications for Wi-Di was watching downloaded video files (which includes full HD .h264 encoded media) and Flash video content on the web. There was no lag between the audio and visuals, and the picture quality was quite excellent for a wireless stream. There are some compression artifacts visible, but only if you’re up close and really trying to notice them.

Interestingly, using Wireless Display is also a great way to stream audio files to your digital receiver to listen to music or to your favourite Podcasts.

Wi-Di may also find some uses in the business world where connecting a the Netgear PTV-1000 adapter to a display allows a presenter to give a slide show from a different location. The input lag needs to be compensated for, but otherwise a wireless connection to a projector can be a useful business application.

However, Wireless Display doesn’t come without a cost to battery life. We measured a 40% difference with Wi-Di enabled compared to it disabled. So keep that power cord handy if you’re thinking of using Wi-Di for a prolonged period. 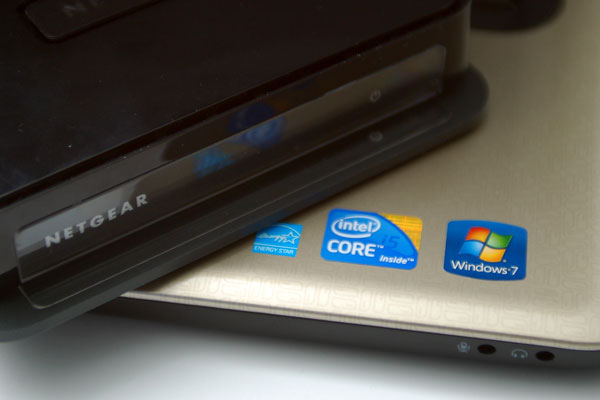 Intel’s installation procedure and subsequent single-button activation of Wi-Di is super simple and essentially foolproof. It has to be if it has to compete with the alternatives out in the market. While Wi-Di may not be able to compete with the quality and features of a HTPC or a media player, it beats many of those solutions by being dead simple to use. There’s something to be said about being to drop down on your couch and be able to flip a switch and instantly watch vids from your notebook on a larger screen. Being a reasonable compact solution (just the adapter, HDMI and power cables, in addition to the notebook), you can quickly take it with you to another location too.

However, Wireless Display’s biggest competitor is the lowly wireless mouse and a $20 HDMI cable. By plugging in your notebook using an HDMI cable and using a wireless mouse from a distance, you’ve effectively bridged the same gap that Wi-Di is addressing. With the mouse+cable option, you’re getting full 1920×1080 resolution, better picture quality (without the compression artifacts), no input lag, and a smaller price tag to boot.

If buying Wireless Display as part of a retail package (Dell, Toshiba, or Sony), I think you’ll find you’re getting good value as part of the bundle. However, if you’re a consumer who bought a compatible Core i5 or i7 system and would like to enable Wi-Di by buying the Netgear PVT-1000 separately, the $99.99 retail price may be a bit steep considering a wireless mouse and a HDMI cable will cost less than $50.

The Future of Wireless Display – Everywhere

There is a lot of potential with Wireless Display. Kerry Forrel, Wireless Display product manager hinted that “the technology will likely appear in devices such as netbooks, tablets and handheld devices”. We also know that Intel CEO Paul Otellini wants to see this technology “everywhere”.

Imagine sitting down in front of your TV, and then using a tablet PC, or a future Zune to begin wirelessly transmitting video onto the larger screen. Now imagine if future displays began integrating Wireless Display so you can use any panel with your portable device seamlessly.

This future may not be that far away with Intel expected to make a break into the mobile device space with the Moorestown platform. But there are still some missing pieces:
I can foresee these advancements making their way into homes in the next 2 years. We may not have flying cars, but at least we’ll have wireless video streaming from our smart phones.

With GoogleTV just announced the day before publishing this article, you can already see the convergence occurring. GoogleTV, with partners like Intel, Logitech, and Sony, you can see how these different manufacturers will bring their own unique contribution to the puzzle. Strange how in less than 24 hours, something that seemed like 2 years distant now seems like 8 to 12 months away. 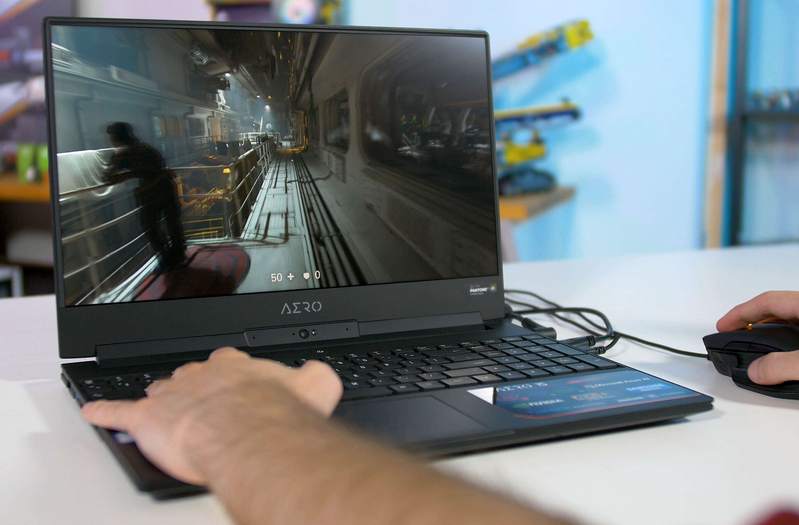 Gigabyte’s Aero 15, more thoughts on tracing rays while on the go