iPad Success not the Fruit of Apple’s Labor

And why Apple owes everything to developers

Apple is getting a lot of attention from the new iPad, but is Apple really the company the deserves the credit for the revolutionary applications that finally making tablets interesting? Or is Apple just a beneficiary of third-party applications and crazed fans that soak up Apple hardware by the millions?

The Apple iPad has been out for about a month and I have been a user of a 16GB Wi-Fi model since day one.  It has quickly become a near daily addition to my workflow as I utilize it for taking notes throughout the home and office, watching TV via the SlingPlayer application (among others), checking email away from the desktop and even to waste time with a quick round of Plants versus Zombies.  I would not call it critical to the success of PC Perspective yet, but I can see it reaching that point with a few changes.

Keep in mind that this argument is being made based on the product itself, the hardware and software engineering behind it, not the Apple created and sustained hysteria and fan base that will buy anything because of the logo on it.  As a tech journalist, I think it is important to separate these facets of the product and once we do this, we can better judge the merits of the device. 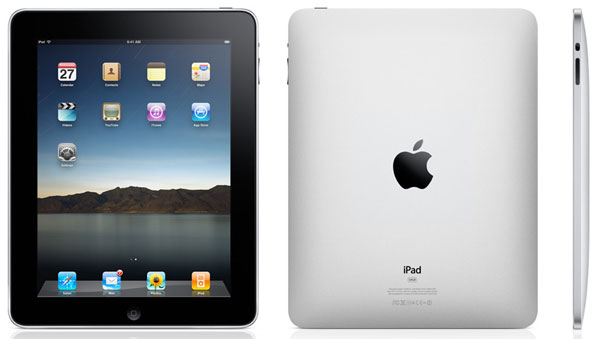 Let’s take a look at what Apple is actually responsible for on the iPad; what components of the shipping product were created by Apple.  The most obvious point here is the hardware of the unit itself.  Not many will be able to honestly say the device isn’t sexy, at least when it comes to judging the attractiveness of consumer electronic devices.  The flat glass screen, silver backing and polished design definitely give the iPad the style necessary to make it a fashionable accessory.  Apple is also technically responsible for the hardware powering the iPad.  After purchasing PA Semi we assumed that Apple would be designing its own processors for use in these types of mobile devices so it was no surprise to find Apple had created and branded the Apple A4 CPU inside the iPad.  While much of the CPU is still a mystery, it and the complimentary graphics hardware seem more than capable of pushing the pixels and processing necessary for the 1024×768 display.

That leads me to another aspect of the hardware that is impressive: the screen.  It is crystal clear and bright and even though many of us were let down to find that Apple went with a 4:3 ratio device rather than a widescreen-ready 16:9 it is hard to find fault in the display.  Apple is able to keep it on and running for an incredible amount of time as well: the battery life of the iPad has impressed basically everyone that has used it.  Apple claims that the iPad gets about 10 hours of use time with a single full charge and that has easily been met according to my and most other reviewer’s reports.  When not under constant activity it is easy to go several days to a week without needing to plug in your iPad – a definite improvement over standard notebook computers.

And don’t forget the instant-on factor here: even when the iPad has been off for a while a user can pick it up, hit one of the buttons, slide to unlock and begin accessing an application in about a second.

There are some hardware issues that some people feel were left out including any sort of rear-facing or front-facing camera and the lack of some kind of connectivity option like integrated USB or the ability to easily access and transfer non-music files.  But overall, I think the hardware of the iPad is pretty competent.

Now let’s discuss software: specifically what software Apple brought to the iPad.  First, there is the operating system itself, currently up to 3.x.  While the OS seems capable for single applications it still lacks the ability to do multi-tasking and even with the upcoming iPhone OS 4.0 update the multi-tasking features are pretty limited.  Some pundits will argue that multi-tasking isn’t needed or would be detrimental to the user base but I couldn’t disagree more; even doing something simple like copying a URL to share with another application require closing and restarting those two apps.  I also think that it is a shame that with a big beautiful screen like the iPad has that the entirety of the real estate is often wasted by applications that have no choice but to fill the whole display. It’s workable but is in no way an ideal situation.

Next, let’s talk about the keyboard that, as Steve Jobs put it, is “a dream to type on.”  Sorry Stevey, that software touchscreen keyboard is far from a dream to type on and writing anything more than a few sentences at one time is a hassle and just isn’t worth it.  Yes, Apple sells a word processing application for the iPad yet also sells external keyboard adapters.  Obviously if the on-screen keyboard was such a “dream” that wouldn’t be necessary and nothing kills the mobility of your new iPad like having to pack a keyboard with an angled plastic mount on it. 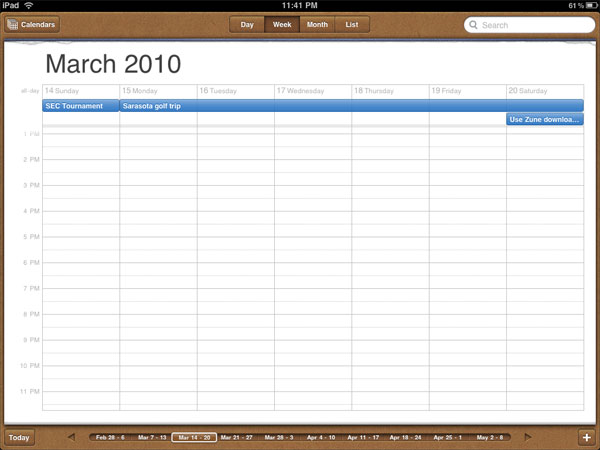 There is also the issue of the various Apple-built applications that come on the iPad: Notes, Calendar, Contacts, Mail and even iBooks.  NONE of these programs is worth a damn and border on being really, really bad.  Have you tried to use the Calendar application?  Not only does it have one of the poorest uses of a touchscreen user interface but it is also unattractive and doesn’t fit in with ANY other Apple programs.  The Notes application doesn’t have any innovative features and uses red pencil circle animations to “spice things up.”  Have you used the Mail application on the iPhone?  Yah, nothing has changed there and the lack of unified inboxes and only being able to store 200 messages (for me barely over a day) locally are just the first complaints.  Even the iBooks program, for as innovative as Apple pretends to be with its e-book plan, is all about fancy animations and not much else. 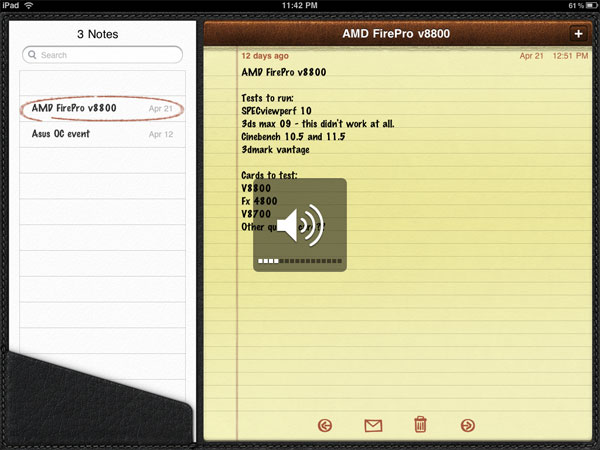 There are some good programs that Apple has written, including the Safari app.  But again, nothing has changed from the experience a user gets on the iPhone other than it being at a higher resolution.  Yes, bigger is better, but despite Steve Job’s claims it probably isn’t the best browsing experience available.  Without getting into the whole Apple/Flash debate, let’s just agree that having Flash support on the iPad would improve the overall user experience if it were done well.  The tabs remain a hindrance as much as a help since often times reverting back to another tab still requires a refresh of the page taking time and relevancy away from the browser. 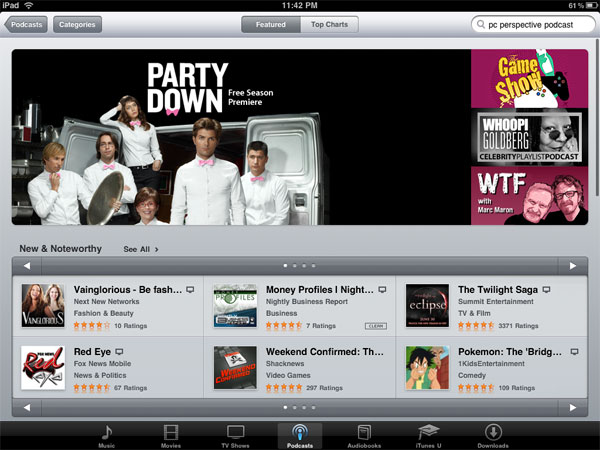 The iPod and iTunes applications are still very good and were modified just enough to take advantage of the larger screen real estate the iPad provided.

But none of these programs are really what make the iPad so exciting and enticing to new users; it’s all third party applications.  When you talk to a person that is excited about the iPad what do you hear?  “Check out the streaming Netflix!”  “Have you watched Modern Family on the ABC Player?”  “Look at how awesome the comics are on the Marvel app!”  These applications, as well as others like the various Twitter applications, the Kindle app, Plants versus Zombies and Starwalk are what make the iPad so amazing. 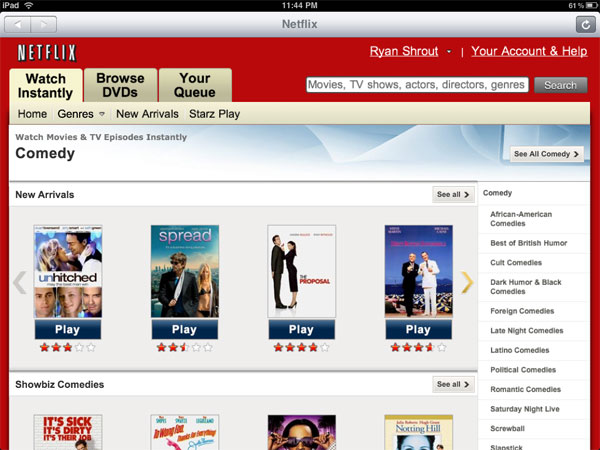 
Think about it honestly if you will – is there anything that the applications that run on the iPad do that they couldn’t also do on Windows?  Kindle, Netflix, ABC Player, Marvel Comics, Plants versus Zombies, Starwalk, Magic Piano, etc.  These programs and numerous others that users love on the iPad could have been published on the Windows (or other) platform had there been the initiative to do so and if Microsoft had been able to convince developers to change their way of thinking about touchscreen applications.  The programs that ran on Windows needed an interface switch that developers seemed unable to do without insistence.  Insistence that they apparently got from Apple.

In a different world, with some other people running and setting the direction of the tablet division at Microsoft, it is not only entirely possible, but very likely, that the innovative applications that we are seeing today on mobile phones and the iPad would have been on machines like the Lenovo X201 or ASUS Eee PC T91.  And maybe they still will be now that software developers recognize that simply adding a touchscreen to a basic Windows program won’t do the trick. 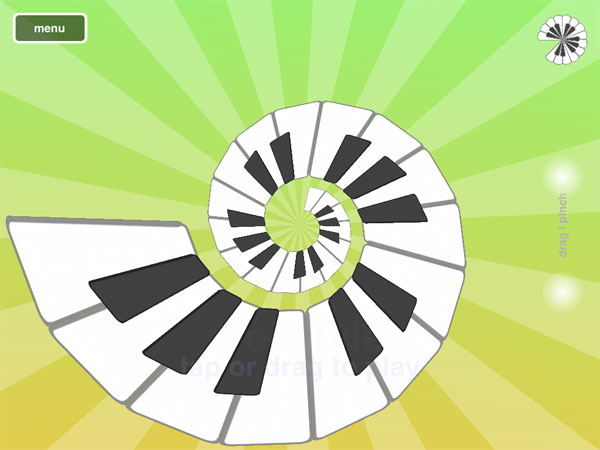 Magic Piano is fun but nothing about it is specific to the iPad.


No one can argue that Microsoft’s Windows operating system revolutionized the computer era for the better but few will give Microsoft the same credit they give to Apple.  How many times have you heard pundits and media compliment Windows for creating the environment that allowed applications like the Steam gaming platform, various office and database tools and off-site Internet backup services to exist and thrive?  Not often – instead we hear about the negatives and drawbacks to the OS.  Apple has really done nothing different by creating a platform that facilitates applications and creativity and yet they get much more of the good will than they deserve.

Apple is the beneficiary of a robust developer group that was nurtured (not by Apple but by quick profits) during the earlier days of the iPhone; the same developer group that Apple sometimes seems to being working against.  It really is these applications, and not what Apple is doing with the iPad itself, that truly is making it a revolutionary product.  Does Apple deserve some of the credit for the push to user friendly touch applications?  Definitely.  But as I demonstrated above, Apple’s own applications aren’t even close to the best iPhone/iPad offerings telling us once again that truly is developers, developers, developers. 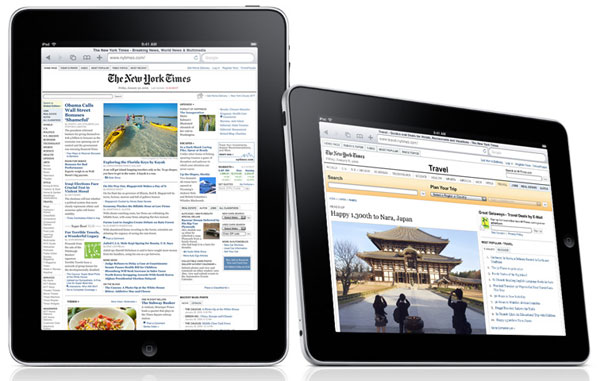 There are numerous questions that need to be considered after this type of discussion including why developers didn’t also flock to Android and if there remains an opening for Android-based tablets to improve and differentiate.  I think the answer to the first question can be summed up to cash – developers went where the money was early on in the app game and with the much larger install base the iPhone/iPad developers were able to rake in the revenue and have since stuck around.  As for the second question I think the door is wide open should Google and its partners or even the new HP/Palm combo jump in with full force.  The world, and millions of tech enthusiasts, is waiting.

We have a comment thread going in our PC Perspective Forums; drop in if you have any thoughts or comments for the author or other readers. 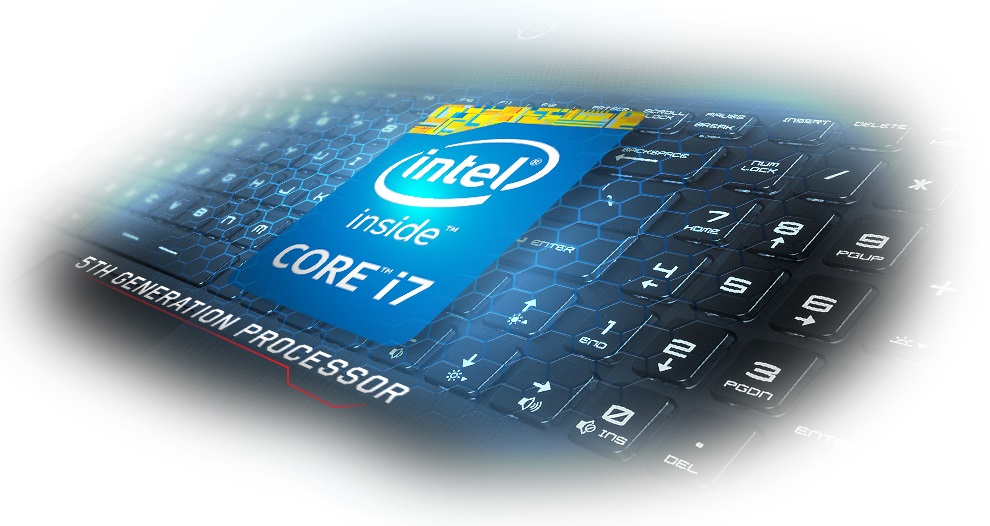