There are probably still some of you that think of Galaxy as an also-ran NVIDIA GPU partner that simply sells rebranded and stickered cards to the world.  While that is not at all correct and Galaxy is definitely one of the key NVIDIA partners (often building for other brands you DO know) Galaxy is going to start proving the point as we move into the second half of 2010.

Dual-GPU cards are pretty much expected these days but most of us thought the idea of putting two GTX 480s or two GTX 470s on a single PCB would be insane.  That might still be true but that isn’t stopping Galaxy from making a design and pushing it at NVIDIA. 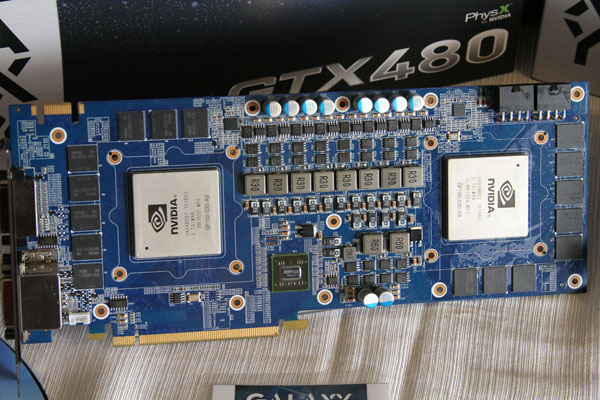 What you are looking at is a prototype graphics card that pairs two of the Fermi-based GeForce GTX 470 GPUs on a single PCB.  The small chip in the middle (green) is an nForce 200 PCIe bridge chip that converts the single PCIe x16 connection into a pair of connections, one to each GPU.  Yes this is a beastly board and no they wouldn’t tell me the power requirements of such a solution were.  You can expect it to be power hungry and pretty hot but they could still tweak it for clock speeds, etc. 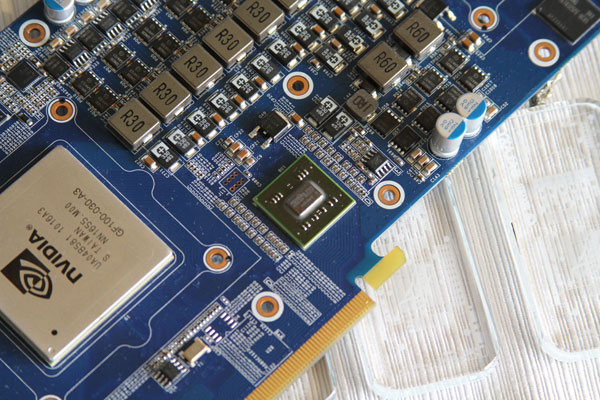 It would seem the nForce 200 has the longest run of nearly any NVIDIA part! 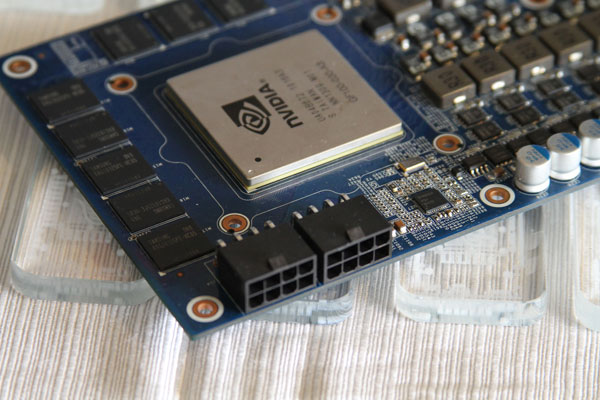 The prototype card has two 8-pin power connectors which again indicates that this board would be pulling a lot of wattage.  For comparison, in our SLI GTX 470 testing we are seeing as much as 200 watts added by the second graphics card. 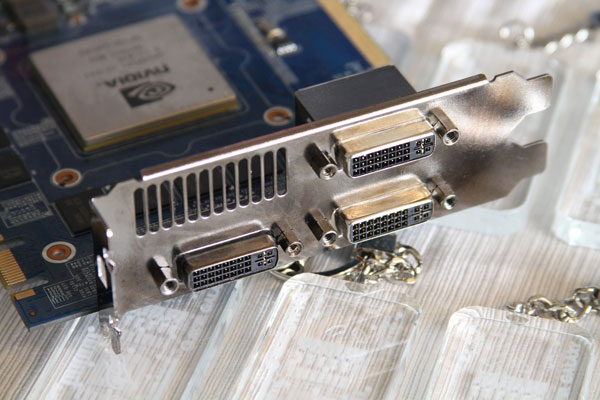 One benefit of this solution: single card NVIDIA Surround and 3D Vision Surround support!  Should this card be made it would likely be the only such option.  The other benefit here is that you would not need a DisplayPort monitor or adapter as you do with today’s Radeon HD 5000-series. 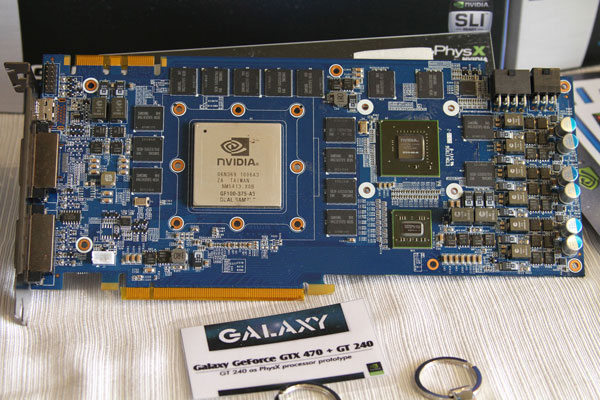 Another card Galaxy had on display was the combination GeForce GTX 470 and GT 240 card – the secondary GPU to be used for PhysX processing. 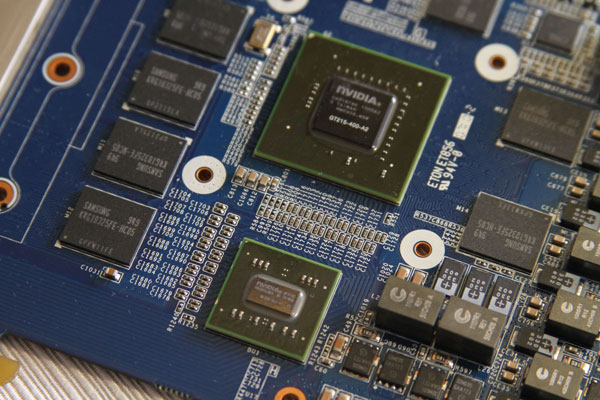 Again the nForce 200 chip saves the day by allowing this complex board solution to exist. 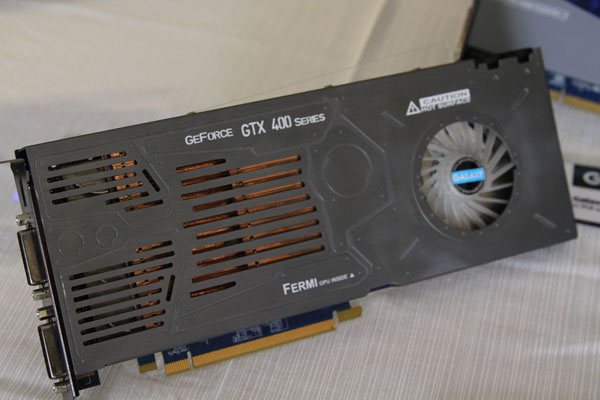 Many of our readers loved the Galaxy GTX 260+ Razor Edition graphics card as it was one of the only single slot solutions for that GPU.  The same case exists here for the upcoming Galaxy GeForce GTX 470 Razor; look for this card and our review soon! 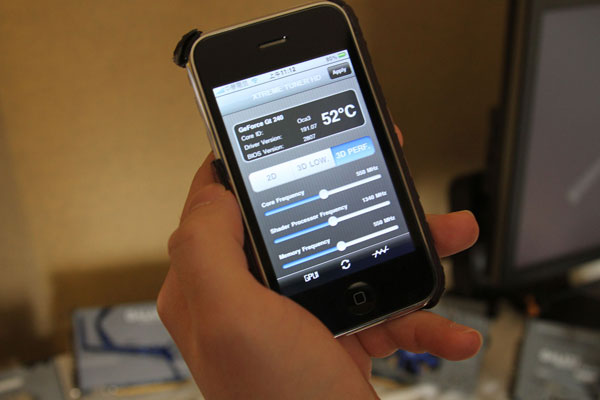 Finally, Galaxy is quickly becoming an enthusiast friendly brand and is even working on its own iPhone application for overclocking and monitoring your graphics card.  The application uses WiFi only so you won’t need to have a bluetooth connection on your motherboard for it work, which is a definite plus.

Galaxy is definitely taking aim at the market that BFG and others are struggling with and its manufacturing prowess might be the key to it all.