The software configuration for NVIDIA Surround is pretty simple and in my experiences on a pair of configurations (one provided by NVIDIA, one not) it worked just about flawlessly on the first try.  It seems obvious that NVIDIA has learned quite a bit from watching the growing pains that AMD went through with their software and since NVIDIA doesn’t have the complication of the sometimes troublesome DisplayPort connection things just seemed to work easier.  Even in setting up our Eyefinity rig for comparison testing this past week I was frustrated with the state of the DP adapters and time outs, etc.

We have a video of the software setup process embedded right here or keep going down for an outline in photos and text! 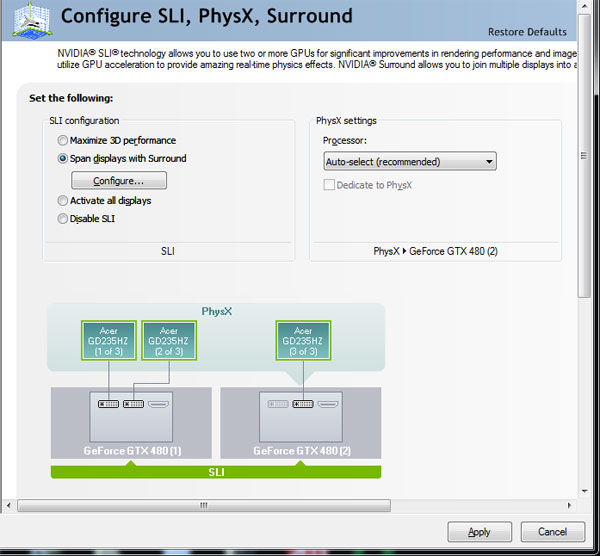 In the new NVIDIA driver that supports Surround there is a new feature option in a tab called “SLI, PhysX and Surround” where you easily start the walk through process of configuration.  All you do is simply select the “Span displays for Surround” option then hit configure and you are met with the below image. 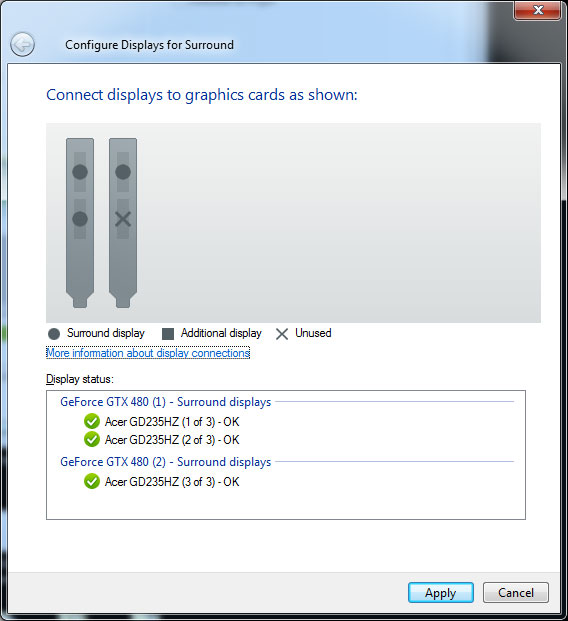 This verifies that all three displays are connected and that they all match/are compatible with Surround or 3D Vision Surround before moving on. 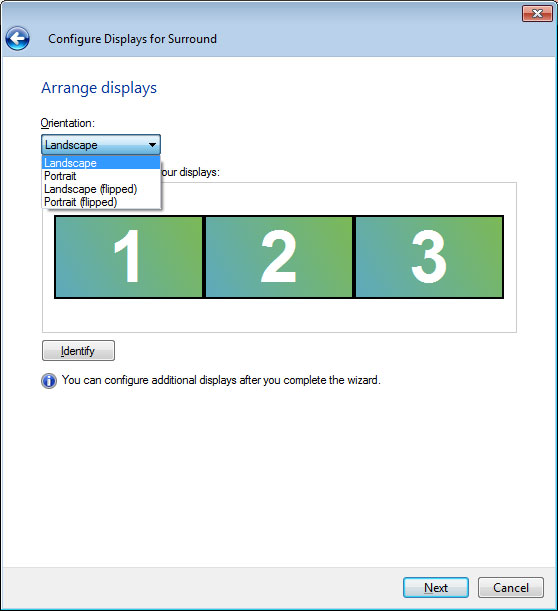 Here you tell the driver what kind of configuration you want to enable, either landscape or portrait.  Since we are going to be running 3D Vision we have to select landscape.  You also use this screen to put the monitors in the correct “order” so that what you are physically looking up matches to what the software internally sees – monitors are in the right order, etc.  While in AMD you had a nice “click to the monitor that is blue” option with NVIDIA they put large numbers on the screen to identify them and drag-and-drop them in the right order in the control panel.  After that, basic setup is complete! 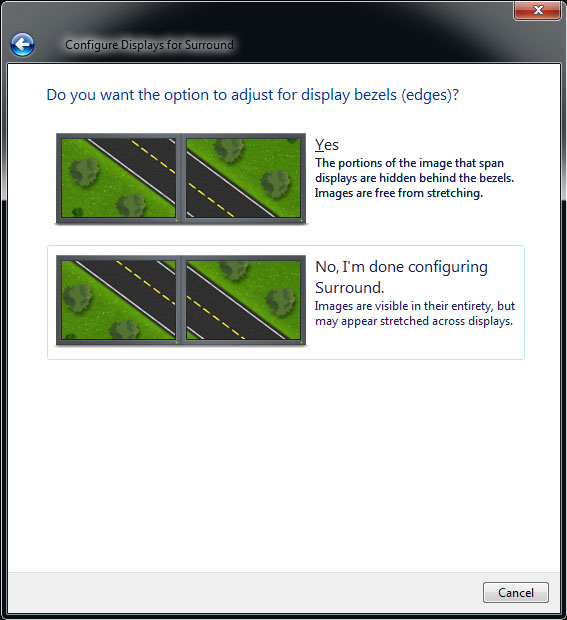 Bezel correction is the next configuration step, and is optional.  Bezel correction will create a new custom resolution that will effectively “hide” pixels behind the bezels between the three monitors.  NVIDIA uses an image of a road across two of the monitors and asks you to adjust one side until they appear to be going in a straight line.  That effectively tells the driver how many pixels wide your bezels are and that is all the information the system needs. 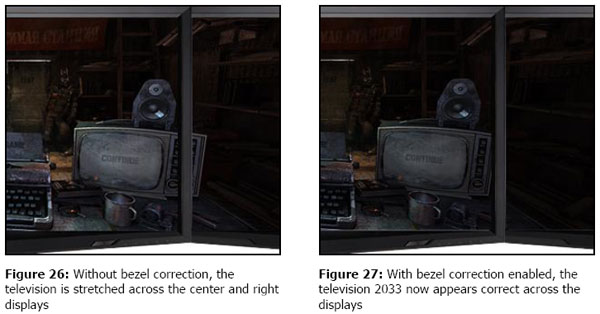 You can see in this example provided by NVIDIA that with bezel correction the right most corner of the TV is hidden “behind” the bezel while on the left image we see that “jumps” across the bezel.  Each user will have a preference here (mine is no bezel correction) and there are some issues with correction and menus/options in some games that are better with it off.  It is definitely a more realistic environment with it enabled so I encourage you to give both options a try on your own rig. 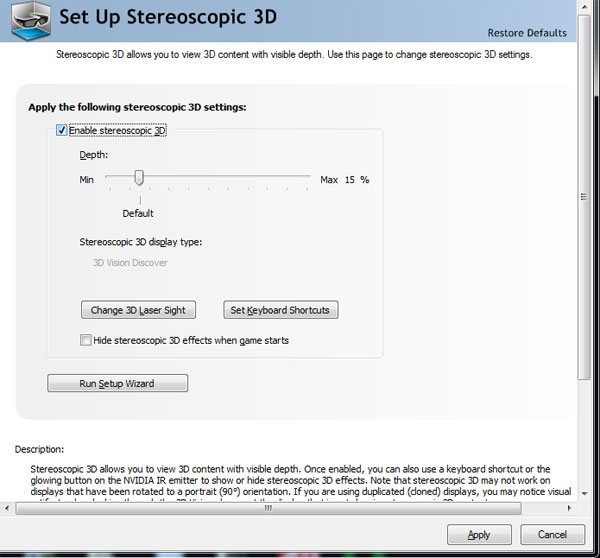 If you have 3D Vision capable monitors you will then go into this section of the NVIDIA Control Panel and setup your system through the same process that has existed since the 3D Vision launch.  Once that is done you are ready to play your games in 3D and use the transmitter button to change between 2D and 3D modes on the fly.

From a technological stand point NVIDIA Surround and 3D Vision Surround work just like we would expect them to.  In 2D mode each GPU renders one complete frame across the entire resolution (5760×1080 or even up to 7680×1600) and the secondary GPU renders the next frame.

When 3D Vision is enabled each GPU actually renders the left and right eye image for each frame which means each GPU is responsible for TWO 5760×1080 frames at a time which definitely puts a strain on the processing power of the GPU and obviously stresses the frame buffer size.

In fact, in many cases NVIDIA decreases the AA rates that you might have configured in a game’s settings specifically due to “resource constraints” – 4xAA takes up much more memory than 2xAA for example.  This makes sense but it is interesting that rather than let user select their settings, see bad performance, then make adjustments, NVIDIA is making the decision for us.  I don’t mind it at this point but I do worry about NVIDIA limiting resolutions and other in-game settings as they see fit without giving us the flexibility we are used to.