Here is the part of the article NVIDIA didn’t want to see – our results of apples-to-apples testing going from 2D mode to 3D mode.  In this section we took the same image quality settings we used in the 2D mode and simply enabled 3D stereoscopic gaming and re-ran our same testing scenarios.  The reasoning for this was our own curiosity: how much of a performance hit does enabling 3D gaming at this resolution actually entail?  The reason NVIDIA doesn’t like this comparison made is because it is going to make 3D Vision look bad as a technology when that is definitely not our intent.  I think any consumer should realize that there is a performance change when enabling 3D gaming modes as the GPUs are forced to render twice as many pixels.  The solution is OF COURSE to lower the resolution or image quality settings until you find the new “best” playable features in the 3D mode.  And on the next page, we do just that and write about my experience using 3D Vision Surround as it was meant to be used. As for the results below, think of it as an endeavor into the world of scientific theory. 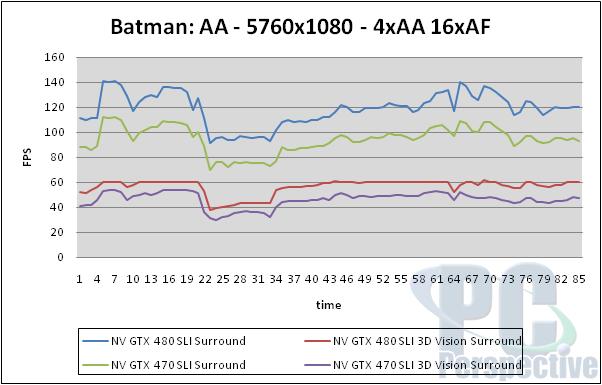 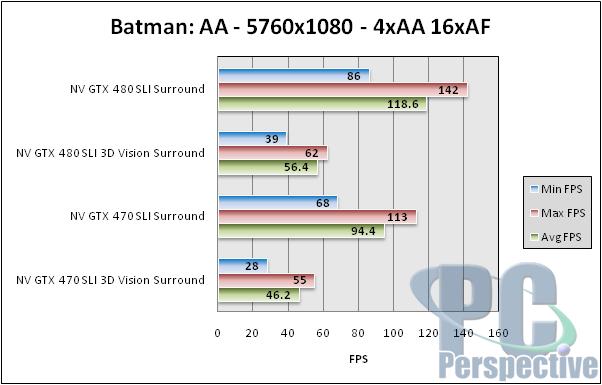 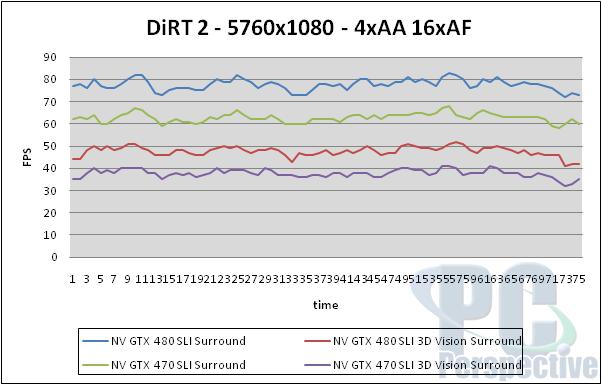 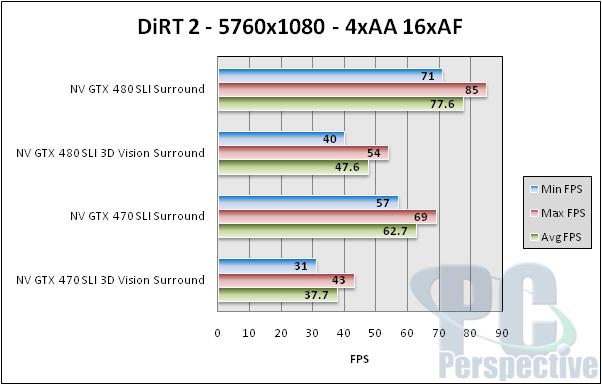 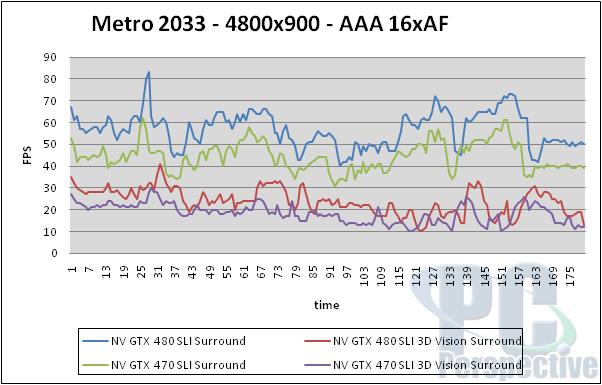 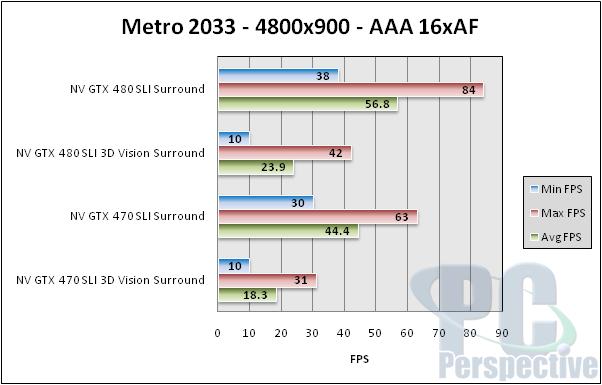 Running in 3D at these settings with both the GTX 480 and GTX 470 is tough – we would be better off running at a lower image quality setting. 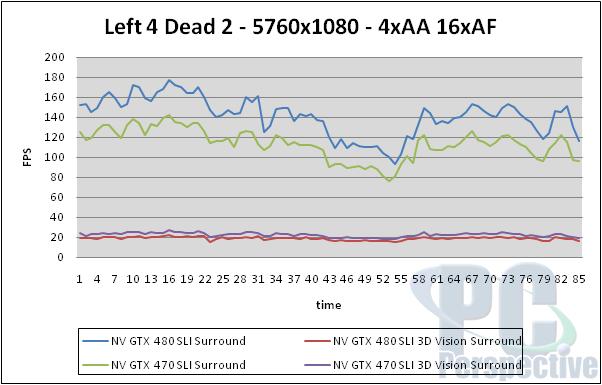 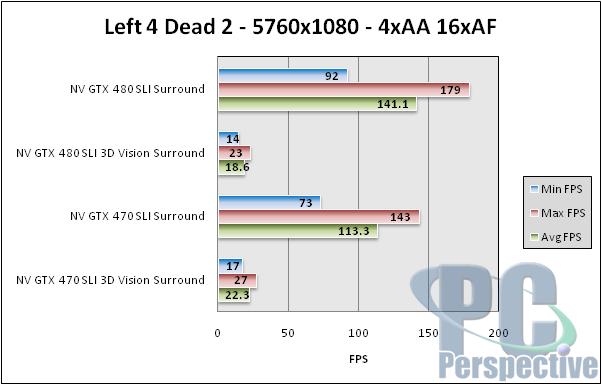 Left 4 Dead 2 was a different story all together.  Apparently there are some complications in the way the AA is rendered in the Source engine that affects 3D Vision performance pretty drastically as we see a drop in performance from over 140 FPS to under 20 FPS!  I talked with NVIDIA about the issue and while they agree there may be a bug here they just say that this is sometimes the result of 3D Vision’s “hacks” to get 3D working across so many different gaming titles.  Using NVIDIA’s recommend settings of 4800×900 with 0xAA the game did run just fine in 3D mode at more than 50 FPS. I should also make sure everyone realizes that with 3D Vision enabled these displays have to run with Vsync enabled otherwise the 3D effect can be negatively impacted.  That is most of our tests above show the 3D version of the benchmarks settling on frame rates that are a multiple that corresponds to the 120 Hz refresh rate (60/30/20, etc).

Obviously raw benchmark results are not all there is to 3D gaming with 3D Vision Surround – there is also a lot of “experience” data that needs to be discussed.  Rather than go over the information we provided again here, I will instead link you to our 3D Vision Surround Experiences page from yesterday’s article. 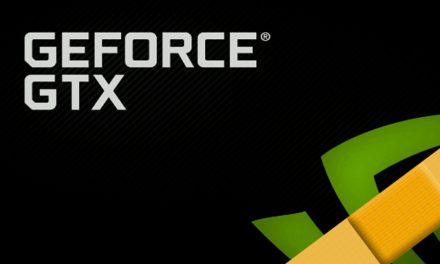