The new Xbox 360 “Slim” Gets Unwrapped

We picked up one of the new Xbox 360 S / Slim consoles and decided to rip it apart to see what was inside. How does the technological shift in the new system change the properties of the console and how does it affect power consumption, noise and heat? Step in to read, and watch, our results!

Time for a quick experiment

You might think that when a new gaming console is released, or in this case a new revision of a console, we might buy one to play our various gaming titles.  Instead, we decided to take this brand new device, drive straight from the store to the office and start ripping into it with screw drivers and pliers.  The reason behind all this?  What makes the new Xbox 360 (that we will probably still refer to as Xbox 360 “Slim” even though that is not the official title) different from the previous versions and how will that change affect gamers that are constantly worried about dying machines?  We were told that the new Xbox 360 has a drastically changed technology base – a combined CPU/GPU hybrid – compared to the previously existing separate cores.

In this quick article we will take you inside the new Xbox 360 S (or Slim) and show you how it differs from a previous generation machine.  We will also demonstrate the noise differences between the two consoles and the power consumption advantages the new architecture brings to the table. 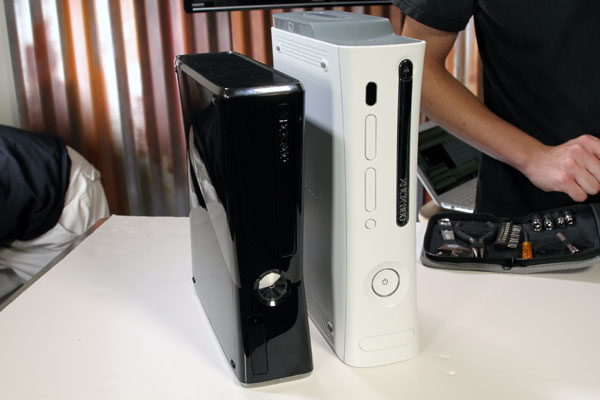 The new system, black and on the left, is noticeably smaller than the previous generation and is also significantly lighter.  We’ll see why when we show you the heatsinks involved in cooling each. 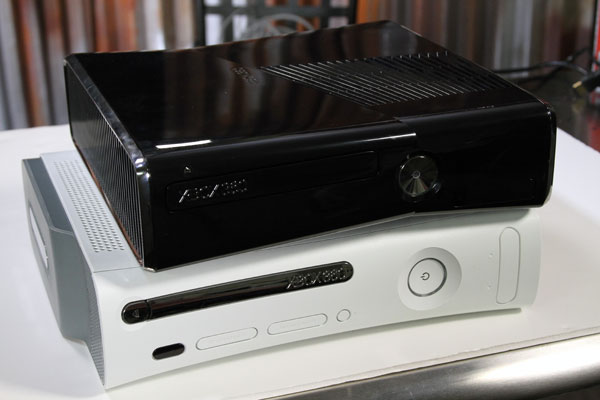 The new system has a standard 250GB hard drive and a glossy black finish that is definitely fingerprint capable though I would imagine most people wouldn’t be moving their consoles very often. 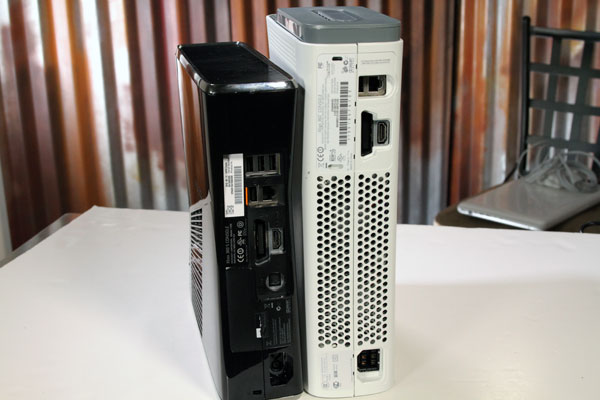 Connectivity options on the new console are improved and include additional USB ports but and a bit more convenience with the inclusion of built in optical audio output. 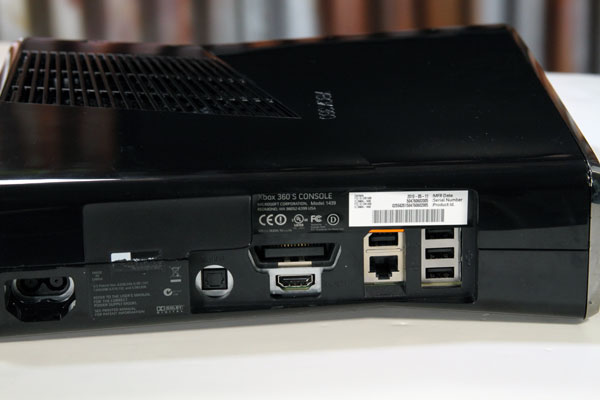 The power connection is definitely different on the left hand side of this photo while the Xbox A/V connection remains an option to the optical/HDMI features.  The oddly shaped connection above the Ethernet port is for the upcoming Microsoft Kinect camera device that plans to revolutionize the way we interact with games. 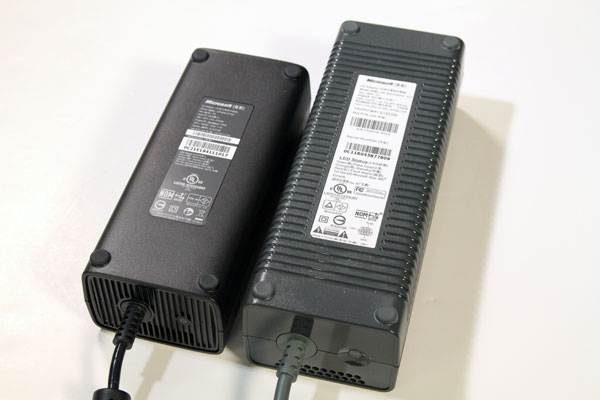 Another big clue to the change inside the console comes when we see the power bricks for each device.  The original Xbox 360 power brick is much longer and heavier than the one for the new Xbox 360 “Slim” console (on the left). 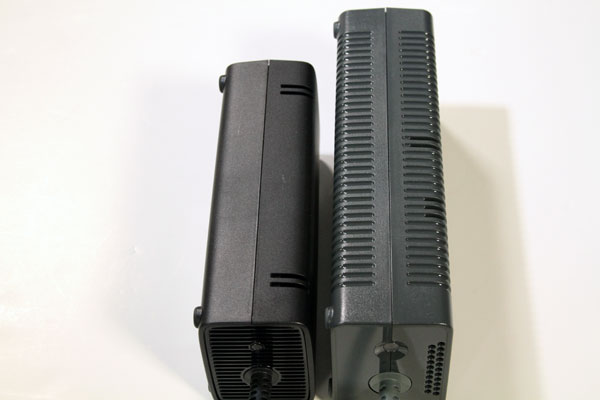 The original power brick was rated at 12V and 14.1A for a total of about 175 watts while the newer model only uses 10.8A with a maximum output of 135 watts.  That marks a difference of about 30% from one generation to the other – a very significant change.


Inside the old school Xbox 360

Now before we show you what is inside the NEW Xbox 360 “Slim” console I thought it pertinent to show you what it was replacing by taking our previous generation model and revealing the setup it holds. 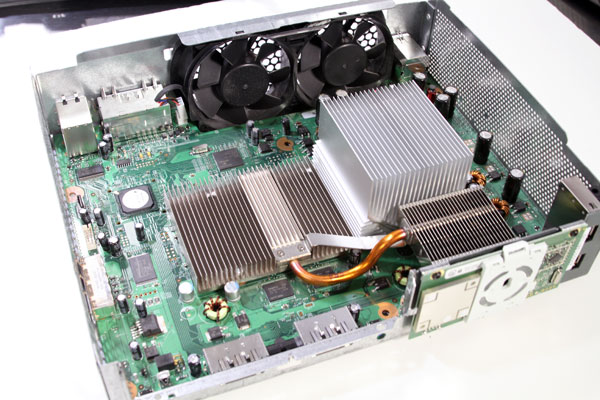 After removing the chassis from the original Xbox we find a somewhat busy PCB along with a large heatsink assembly and a pair of smaller, noisy fans used to draw heat and air out of the system. 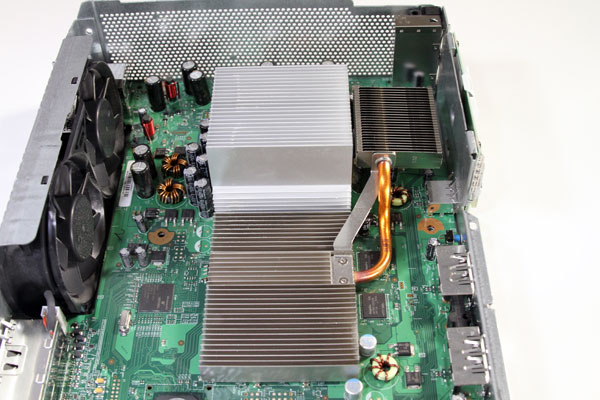 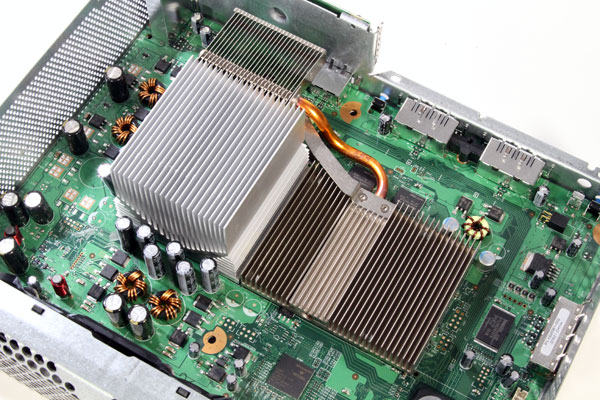 These heatsinks obviously give the current generation of Xbox consoles their heft. 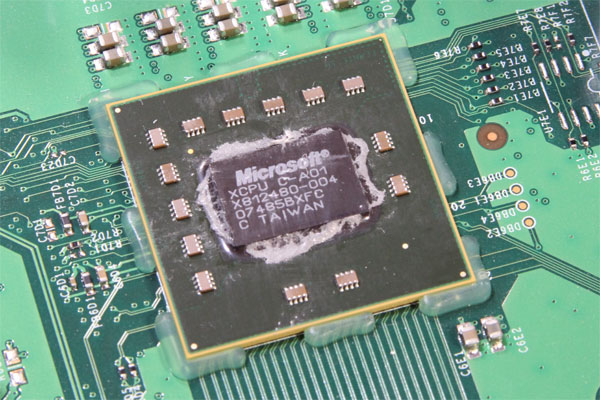 Removal of the heatsinks and the thermal gunk on them reveals two distinct processors for the console.  This one above is the PowerPC triple-core processor that runs at 3.2 GHz and support two threads per core for a total of 6 threads running in parallel. 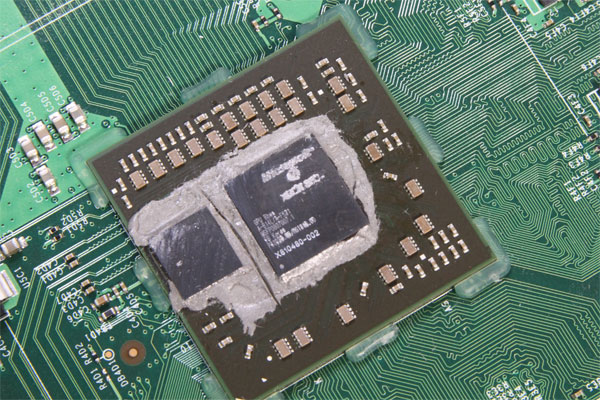 This chip is the custom-built ATI graphics core that includes 10MB of embedded memory on package.  The GPU itself features 48 processing cores or 48 pipelines and runs at 500 MHz.  The entire system includes 512MB of memory as well. 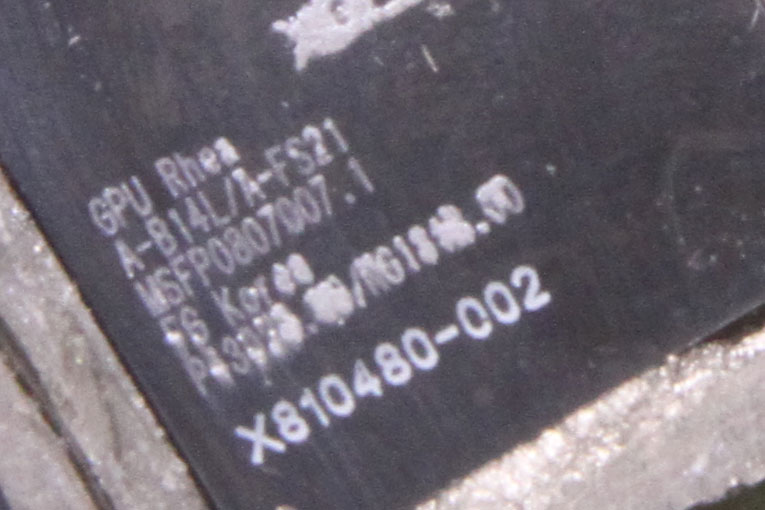 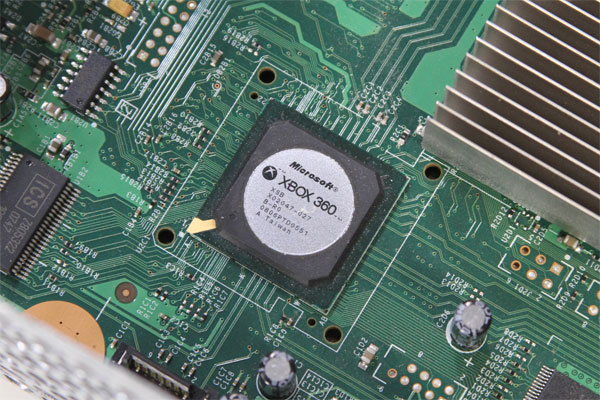 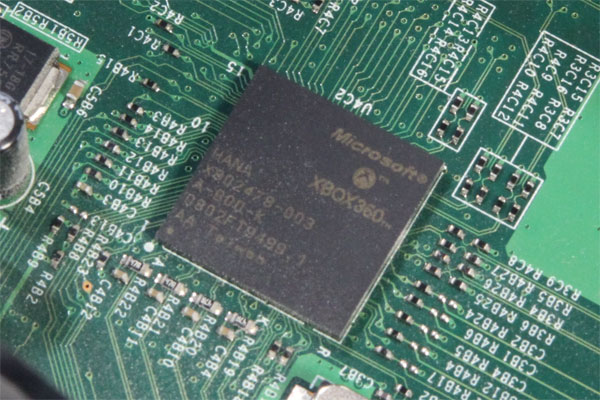 This chip is a video processor on the system and you’ll see it remains unchanged in the next generation system.

Next Page – Enter the new guy 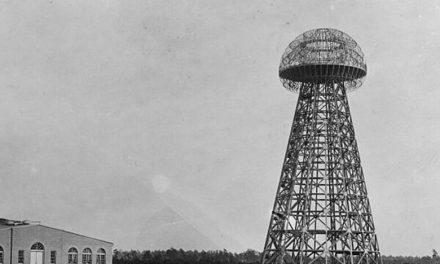