During the performance testing section of our review, we mashed the Thermaltake Frio against a couple of the best air-cooled heatsinks we’ve tested here at PC Perspective — the Zalman CNPS10X Flex and Vigor Monsoon III LT. Both of these heatsinks have dual 120mm fans and similar designs so it should be a pretty even match. We also threw in one of Intel’s stock heatsinks for the i7-860 just to emphasize how much better third-party heatsinks are to stock heatsinks. 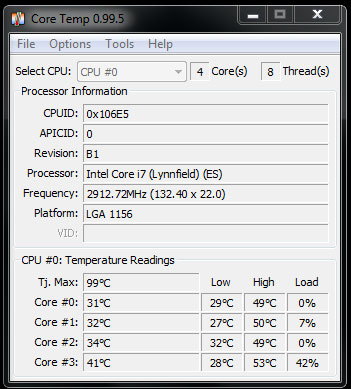 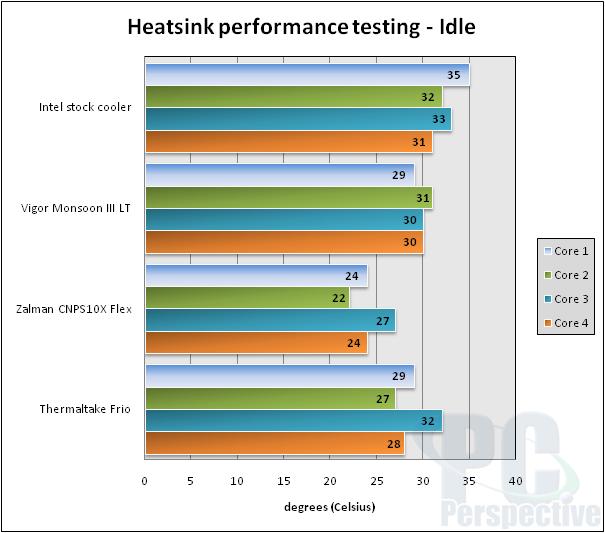 After initially booting into Windows 7 Home Premium we waited five minutes to allow all the system to find a good place to run at idle for a while. Then, we registered the lowest temperatures and here are the results. The Frio held its own against the Zalman CNPS10X Flex, but still registered temps about five degrees above the CNPS10X Flex. 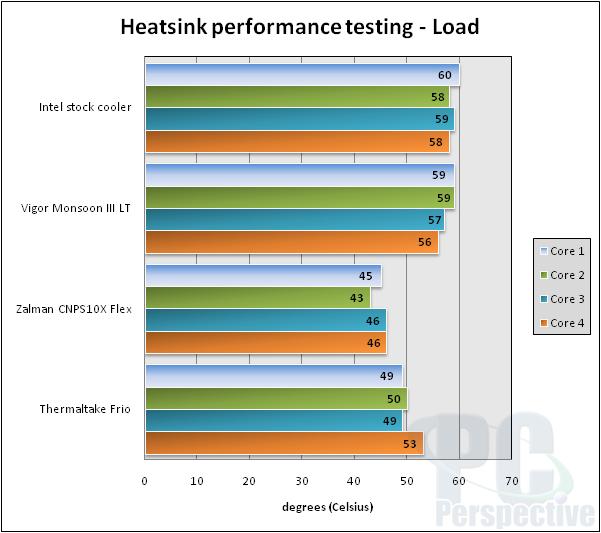 After registering our idle condition results, we moved on to performing three runs of Cinebench 11.5 and taking the average of those temperatures. The Frio was again edged out by the CNPS10X Flex, which ran about six degrees cooler. After taking into account some of the variations we made during installation, we concluded that some of the temperature differences could have been caused by different thermal paste solutions. When we installed the Frio, we used the preinstalled thermal paste from Thermaltake. But, with the CNPS10X Flex, we used our standard Arctic Silver 5, which could have helped the Flex take the performance crown. However, we used the Arctic Silver 5 with the stock cooler and Vigor Monsoon III LT, and both of those heatsinks scored worse than the Frio. I think after extended testing, we will take another look at these figures and amend the article if we conclude our initial findings were inaccurate. 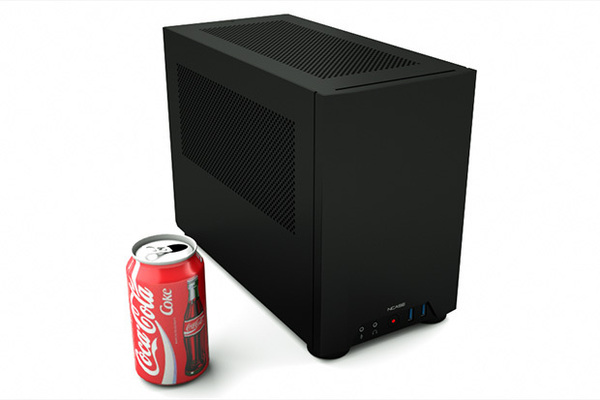