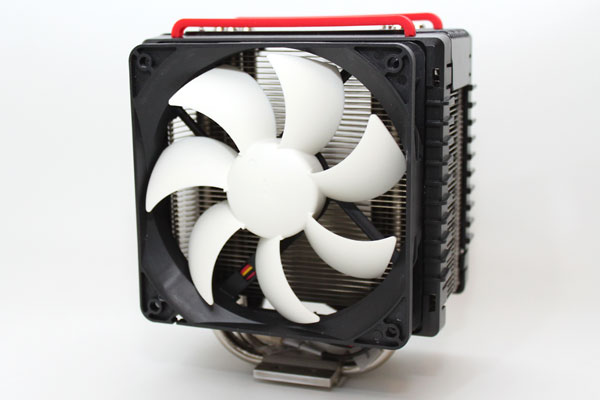 After our initial impressions and getting to get the Thermaltake Frio in a real-world environment, I was really impressed with the overall temperatures we recorded. Even though the Zalman CNPS10X Flex was the best overall heatsink, the Flex wasn’t too far behind it in our idle and load performance tests. One thing to keep in mind is that Thermaltake included two fans with the Frio while the Flex doesn’t come with ANY fans whatsoever. In fact, we used some higher end Silverstone fans that pushed more air through the Flex and that could have helped it score a few degrees lower than the Frio.

If we had any grips about the Frio it would definitely have to be the fan noise during operation. When we used the Frio’s fans at 1,200 RPMs, we barely heard the heatsink, but our temps jumped a couple degrees. After maxing them out at 2,500 RPMs, we thought we were testing jet engines in a wind tunnel at NASA. I’m glad Thermaltake included the variable speed fan controllers on each fan, but it would have been better to invest in quieter fans that pushed more air. There are several vendors who make these fans and they would have been a great addition to the Frio. 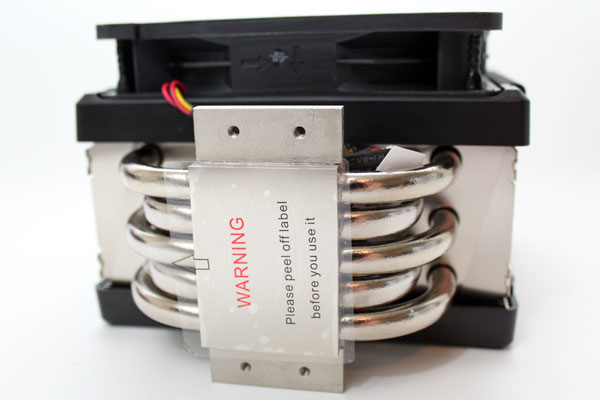 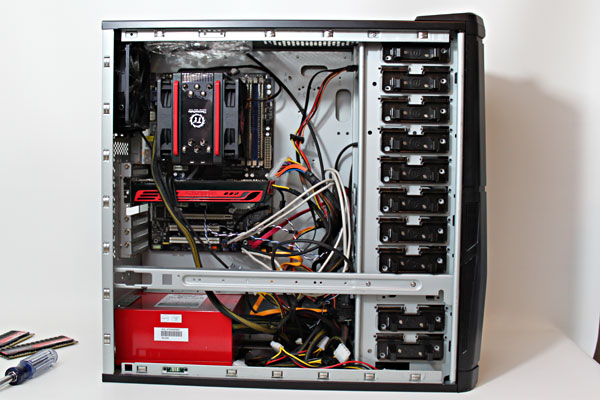 We’d like to thank our friends at Thermaltake for providing the Frio universal heatsink for our review today. There were a lot of good qualities about the Frio that I think will appeal to basic users and overclockers alike. The easy of installation and support for multiple CPU platforms is a huge plus in a day and age where consumers switch between different platforms frequently. The dual-fan design definitely helped the Frio score very well in our performance tests, but we would have liked quieter fans that pushed more air instead of creating more noise at higher speeds. The price point of this heatsink is very good and on par with other high-end heatsinks currently on the market. Overall, the Thermaltake Frio is stylish, classy, priced well, and an excellent performer. The Thermaltake Frio earns PC Perspective’s Silver Award for its superb performance, excellent support for different CPU socket types, and great build quality and design aesthetics.

A pair of cases from Thermaltake 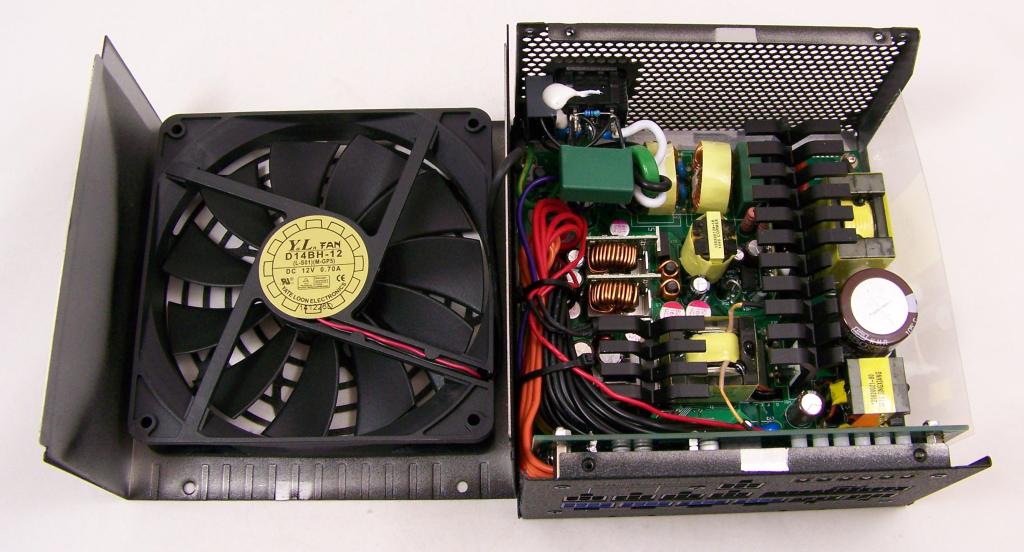 Why not get an In-Win rack mounted server case