The ASUS N61Jv doesn’t really fall into the world of thin and light notebooks and with the included 6-cell battery it comes in at just over 6 pounds.  That isn’t incredibly heavy but I also wouldn’t want to use it as business-based machine to carry with my in backpack all day; as a person that is used to carting around a notebook all day during trade shows and meetings, weight is a bigger factor for me than it might be for other users.  If you are primarily in a single location and only occasionally carry a notebook to a friends house or the library, 6 lbs won’t be a problem.

As for temperature issues, again the N61Jv provided a really good experience as the single exhaust area on the bottom of the machine remained relatively cool during gaming use where both the CPU and GPU were loaded.  The fan was audible, as we would expect, but didn’t have any pitchy whines or anything that drifted into the annoying area for me.

The 16-in display on the N61Jv was pretty good in my testing, but wasn’t anything spectacular really.  With a rated contrast ratio of 600:1 to the 1366×768 TN panel provides some good color accuracy though the mirror finish and somewhat limited viewing angles make this a modest experience overall.  In general, with notebooks of this price, you won’t find LCDs with much better specs and for my general usage it was at the very least competent enough to keep me working.

The resolution of 1366×768 is also unfortunately very common for notebooks of this size/cost but putting in a full 1080p screen would be much too expensive.

I was hesitant about the chiclet-style keyboard but was surprised to find that I typed very well on it and adapted in general to the layout very quickly.  The addition of the number keypad on the right side is also a great feature if you are frequently inputting numerical values for balancing a check book, updating your fantasy stats or working in Excel. 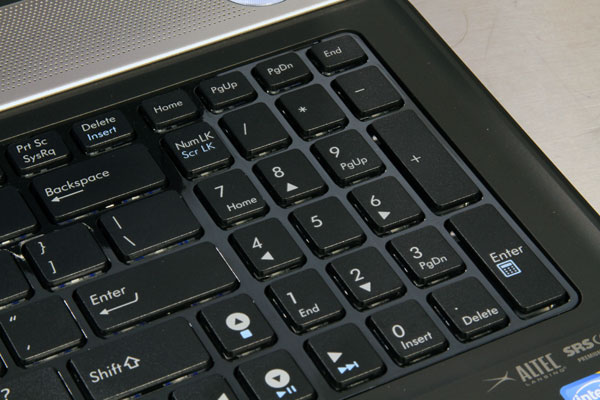 The track pad was also better than expected and the support for at least some types of similar multi-touch gestures was an added bonus.  I know some people don’t like the combined left/right click button on most current ASUS designs but I still had no trouble using them as is.

The ASUS N61Jv comes with some really nice added features for a notebook in the $900 price range, not the least of which is support for USB 3.0.  I have been a big proponent of USB 3.0 and what it can do for external storage speeds (see here) and seeing it start to be integrated on low cost notebooks means proliferation can’t be far behind.  The N61 series also has an option for a Blu-ray drive that will obviously raise the cost but make this machine a much more well-rounded multimedia power house.

Also, the inclusion of Optimus technology, which allows the integrated graphics on the Core i5 processor and the NVIDIA GT325M discrete solution to work together and swap work loads more efficiently, definitely improves battery life and consumer-friendly usage.  NVIDIA is still the only company with an option that can both improve performance without a bigger hit on performance so it seems more and more notebooks from ASUS and others will integrate Optimus and keep NVIDIA’s mobility departments alive and kicking.

If I had one big complaint about the ASUS N61Jv, and other ASUS notebooks we have gotten in recently, it is the huge masses of extra software that are installed on the machine by default.  There are loads of applications that run when the system starts and are mostly unnecessary, or are 60-day trials of things like Microsoft Office or TrendMicro security software.  Not only that, but the desktop is literally 1/3 full with icons on the first boot! 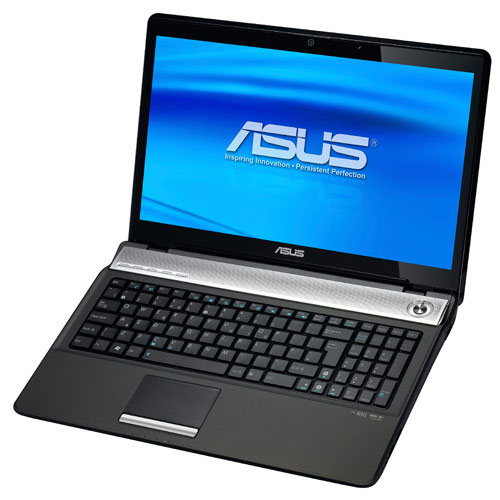 I know hardware companies do this as both a money-making venture and to offer some functionality to the user that takes home the computer and doesn’t necessarily know how to get other options right away; I don’t know if it is anything we will able to completely get past.

My overall experience with the ASUS N61Jv was extremely positive thanks to the performance the Core i5 processor and NVIDIA GT325M GPU offer, the large screen and keyboard/touch pad combination.  For a 16-in notebook coming in over 6 lbs, which definitely puts it closer to the desktop replacement category than the thin and light, getting 2 hours and 23 minutes in our very strenuous battery testing was actually pretty solid making leaving without your power cord at least an option.  The added goodies like USB 3.0 support definitely add the value of a notebook that sells for $899 which should make it a great option for a summer or fall college-bound consumer or anyone else on the lookout for this combination. 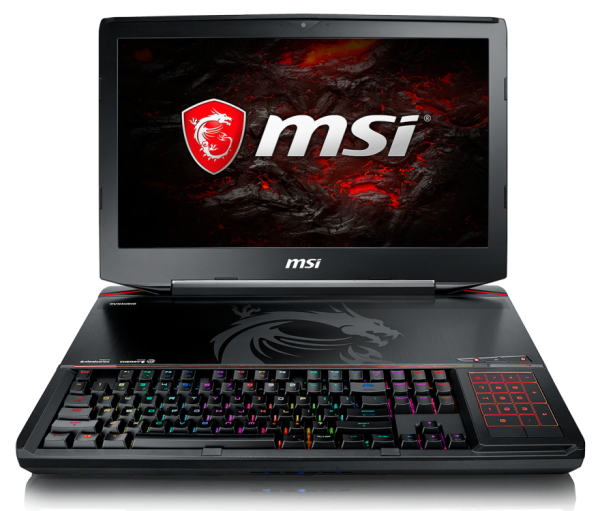