Going into the launch of the GeForce GTX 460 graphics card we knew the GPU was going to be highly overclockable – because even NVIDIA told us.  And on day one of launch we saw some card vendors, including Galaxy, offer both modestly and pretty substantially overclocked settings for a price premium.  Well, most of us are quite comfortable doing that overclocking ourselves and taking your stock GPU and pushing it faster has never been easier than it is today. 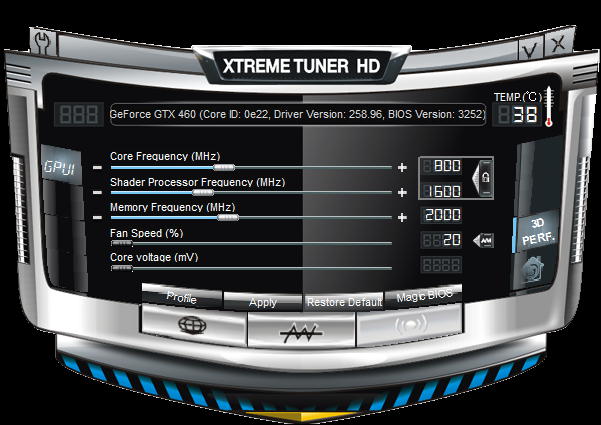 Galaxy offers its own software called Xtreme Tuner HD that allows you to modify the core, shader and memory clocks with just a slider bar.  You can choose to move the core/shader clocks in tandem or unlock them to tune each individually.  This was my first real experience with the software and even though it was rather basic, it got the job done effectively and quickly. 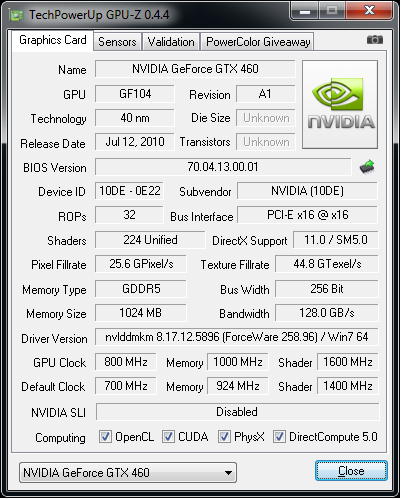 It didn’t take long for me to reach some nice overclocked speeds, all for free.  In the GPU-Z shot above you can see we are running at 800 MHz core, 1000 MHz memory and 1600 MHz on the shader clocks, all under stock voltages and with the same cooling.  That is a 15% overclock over the speeds the GC card from Galaxy was already running at or 18.5% over the reference speeds. 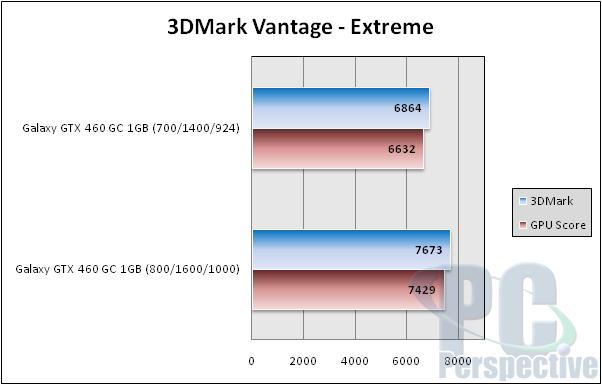 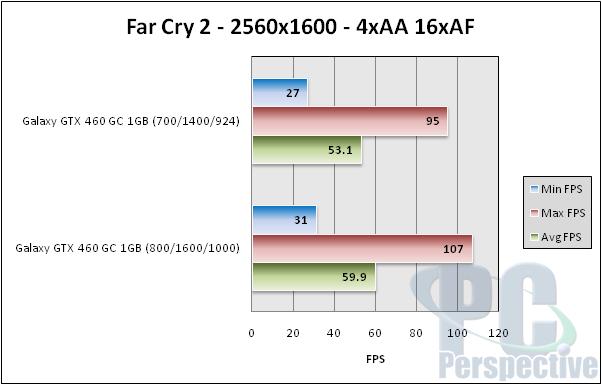 I ran the overclocked settings through some loops of 3DMark Vantage and Far Cry 2 to test for stability and it passed with flying colors.  In our 3DMark testing we see a 12% gain in GPU score while in Far Cry 2 at 2560×1600 we see the same 12% improvement in performance.  Very nice boosts for free and just a few minutes of your time! 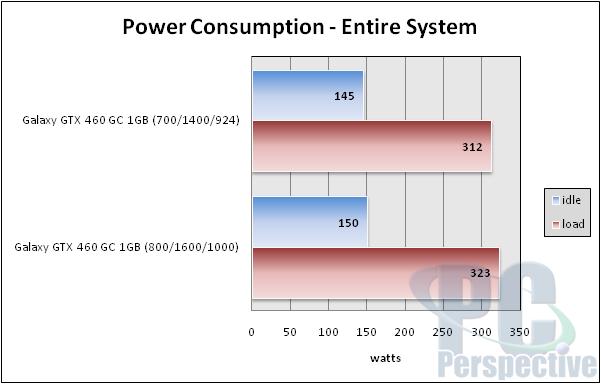 I was kind of concerned that by overclocking the GTX 460 we see the power efficiency of the GPU lost but that wasn’t the case really at all.  In fact, we only saw about a 10 watt power consumption increase in line with the clock speed and performance boosts.