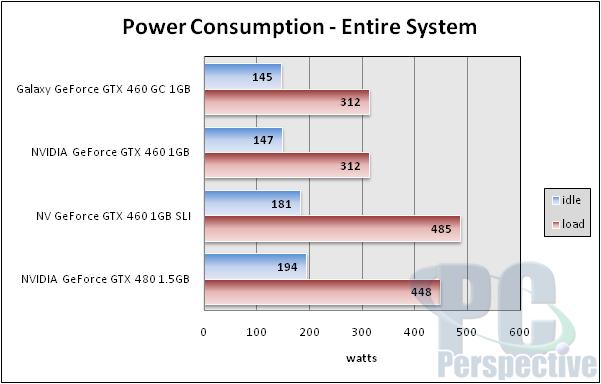 The Galaxy GeForce GTX 460 GC 1GB card did very well in our standard suite of benchmarks and again showed why so many people are loving on the newest Fermi GPU from NVIDIA.  The GC model we tested was just slightly overclocked over the reference speeds but still there performance boosts seen in our testing though you would be hard pressed to notice them during actual game play.

We definitely could tell a difference once we pushed the Galaxy card a bit higher up into the 800 MHz core clock range using their Xtreme Tuner HD software.  The overclocking was simple and seeing 12% performance gains in our testing should definitely entice our readers to give a try. 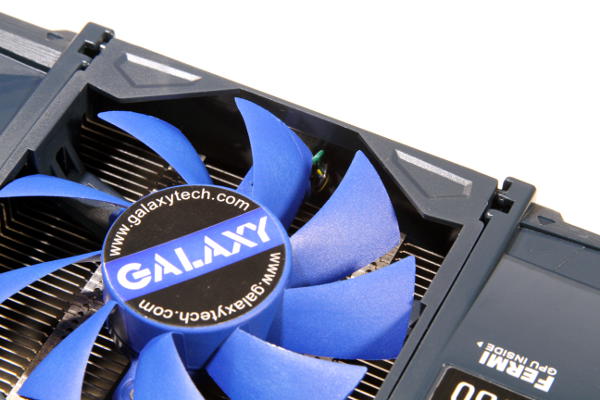 Here is what we found really interesting today though: the pair of Galaxy GeForce GTX 460 GC 1GB cards in SLI was a significantly better gaming configuration than a single GeForce GTX 480 card in all of our testing except Metro 2033.  That was the only game where the single card was able to overshadow its pair of little brothers; everywhere else we found the GTX 460s to not only provide better performance but in some cases by a significant amount.  The best part?  The GTX 460s are going to run you about the same cost as a single GTX 480.  So if you have an SLI-ready motherboard and system, then I would strongly consider starting with a single GTX 460 today and upgrading a couple months down the road.

The removable fan on the Galaxy GC is one of the marketing features for this card but I personally don’t find it to be that important of an option for gamers looking towards their next GPU purchase.  It could be handy for cleaning but it also caused potential issues with power cable interference with the fan (if you make a habit out of opening and closing it).  Maybe if you had a choice of fans here (one slower for lower noise, one higher for more overclocking headroom) this removable would be more enticing but for now, it is more or less a non-factor for me.  Unless you have a REALLY dirty system.

We already went over the features of the GeForce GTX 460 in our original review, but something to consider for the GTX 460 SLI configuration against the GTX 480 – with the two 460s in your system you have the option to run NVIDIA Surround – something you cannot do with a single GTX 480.

Here are the current “reference” MSRPs for the cards in debate today:
The Galaxy GeForce GTX 460 GC 1GB model is currently selling for $229 with a mail-in rebate making it about the same cost as a card that is not overclocked at all.  That is more or less a no-brainer then: get the card that is slightly overclocked for the same price as one that isn’t.

The Galaxy GeForce GTX 460 GC 1GB card is a solid choice for users that are looking for a GTX 460 offering with basic overclocks out of the box but that still has the flexibility for further overclocking via easy to use software.  We have questions about the benefits of a removable fan and it did turn out to be just slightly louder than other coolers we have seen, but neither issue is really a major drawback in our view.