The Kingwin LZG-1000 power supply exhibited acceptable AC ripple suppression on all of the outputs.   The +3.3V and +5V outputs were more active than we would like to see under a heavy load but well within spec while all the +12V output stayed below 50%.


I measured the AC Power Factor with an Extech power analyzer at both 115 VAC and 240 VAC input voltages.  The Kingwin LZG-1000 PSU uses Active PFC circuits so as expected; the majority of readings were close or equal to 1.00 at the higher loads. 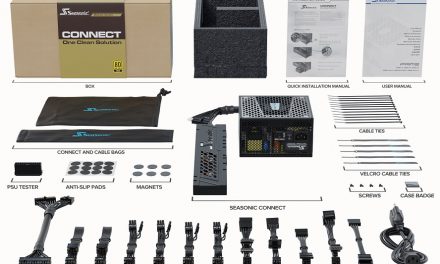