MSI started the Big Bang series of motherboard to attempt to take back some of the ultra high-end market from the competition and the new XPower option takes it to a new level by offering impressive power and stability options along with overclocking goods and the ability to support as many as six graphics cards! Let’s see if the performance and features on the board are worth the fairly high cost.

Since the first introduction of the MSI Big Bang branding, the company that was once a meager also ran changed directions and decided they wanted to try and become a leader in the world of motherboards and components.  After some initial confusion about what Big Bang really was, MSI released the Trinergy motherboard that was among the first and only to bring true 3-Way SLI support to the Lynnfield/P55 platform by integrating an NVIDIA nForce 200 chip on the board along with a host of overclocking options.  Shortly after the Fuzion motherboard was born with the Lucid HYDRA multi-GPU technology that was both the killer feature and questionable cost addition, also built on the P55 chipset.

Today we are going to be looking at the third iteration of the Big Bang series of motherboards, the XPower.  Moving away from the mainstream designs and going squarely at the high-end market, the XPower uses the X58 chipset for LGA1366 Intel processors like the Core i7-980X.  If you are looking for an extreme overclocking motherboard or one setup for as many GPUs as you can fit in your case, the XPower is going to deliver.

The MSI XPower motherboard has about as robust a feature set as any you will find on the market. 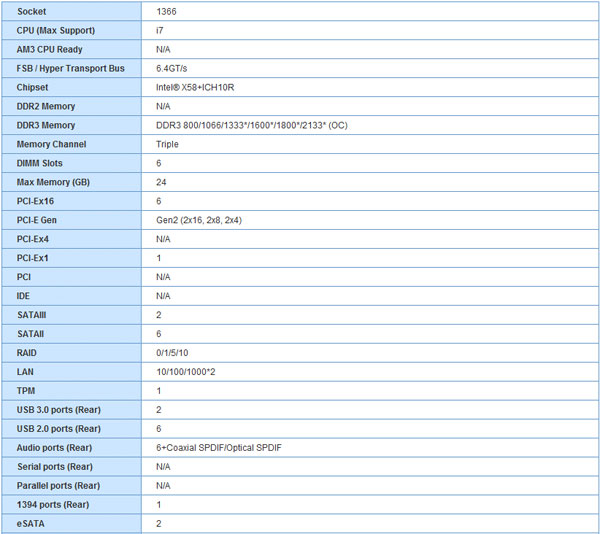 But sometimes a table full of letters and numbers doesn’t properly tell the story; the Big Bang XPower combines a fantastic audio system with support for an insane amount of graphics cards, high quality components that MSI dubs “military class” and overclocking and power options we haven’t seen before.

The power system on the motherboard is exceptional offering 16 phase DrMOS PWM capable of as much as 40 amps, Hi-C capacitors around the processor that offer as much as 8x longer life offer traditional solid caps, ferrite core Icy Chokes and Super Ferrite Chokes, all of which meet the US military and NASA satellite requirements for temperature reliability.  Just because they can I guess.

Also interesting is the inclusion of dual 8-pin ATX power connectors that enable the XPower motherboard to provide as much as 480 watts of to the processor for those frequent 7 GHz overclocks and an extra 6-pin power connector for the graphics card slots for as much as 17 amps of overclocking prowess to your GPUs.

I mentioned above that the XPower motherboard can technically support up to six graphics cards! 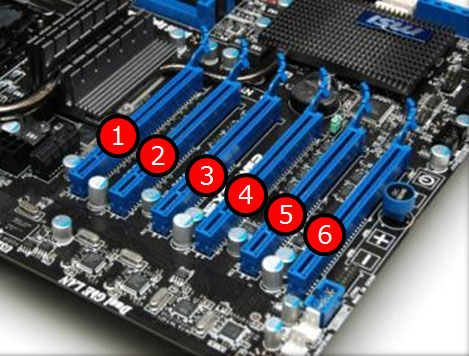 Thanks to the X58 chipset that provides as many as 32 lanes of PCI Express 2.0, and with the help of the ICH10R south bridge, all 6 slots can be run at the same time with differing configurations, seen below: 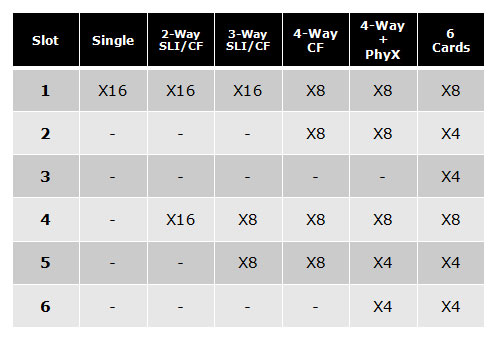 When running a pair of GPUs in SLI or CrossFire each card will get the full benefit of x16 PCI 2.0 bandwidth.  With four cards each would get a x8 connection to the rest of the system and with all six cards populated we would get an 8-4-4-8-4-4 scheme.  Why would you want six graphics cards?  That’s beyond me but the option is there to run as many GPUs as you want while leaving room for storage controllers, newer audio cards or whatever else you might fancy in your system.


This might all seem like overkill for most users, and it probably is, but MSI’s goal was to build one of the highest quality motherboards for enthusiasts and power users and it would seem they spared no expense on the features.