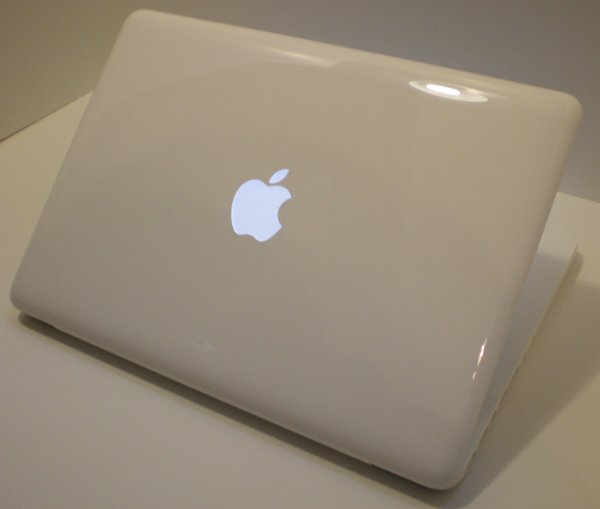 Although the clean white aesthetic of the MacBook is now old news, the design of the MacBook is still nothing short of beautiful. I was genuinely surprised to find that unlike many modern consumer products, the MacBook actually looked better when taken away from the harsh lighting of the retail store. Elegance appears to be rule number one. The chassis is softly curved at the edges, giving the MacBook a soft and friendly demeanor.  The glossy white exterior rarely shows fingerprints, although it will show small scratches if light hits it at the correct angle. The plastic exterior also deserves respect for appearing expensive. There are many plastic laptops, even in this price category, that feel as if they’re made from the dashboard plastic of an economy car.

The chassis of the MacBook is remarkably strong. The MacBook has used a unibody shell similar to that of the Pro since the 2009 update, and the strength of the design is hard to question. There is positively no flex in the chassis, and the only part of the laptop that will groan in protest when handled is the area surrounding the DVD drive – a typical laptop weak spot. The lid is also strong. It allows minimal flex and does not depress to any noticeable degree when pressure is placed on the center of the lid. 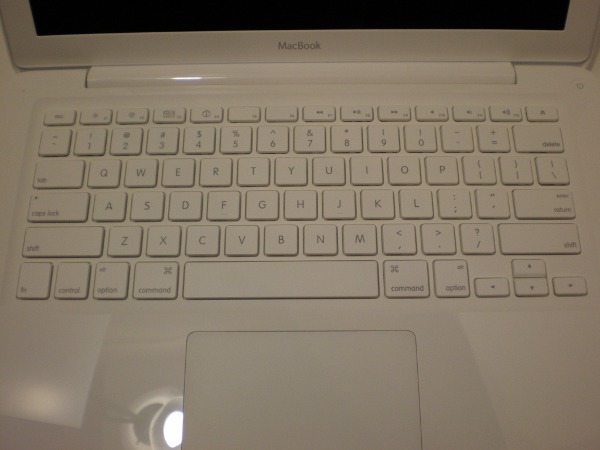 Inside the MacBook you’ll find two design elements that are calling cards of Apple laptops. The first is the island style keyboard. I’m very, very picky about keyboards, but the MacBook’s is pleasing to use. It has absolutely zero flex, even when a key is pressed abnormally hard. The keys are well placed, and have a reasonable amount of room between them. The arrow keys are abnormally small, however, an annoying trait that is hard to get used to. 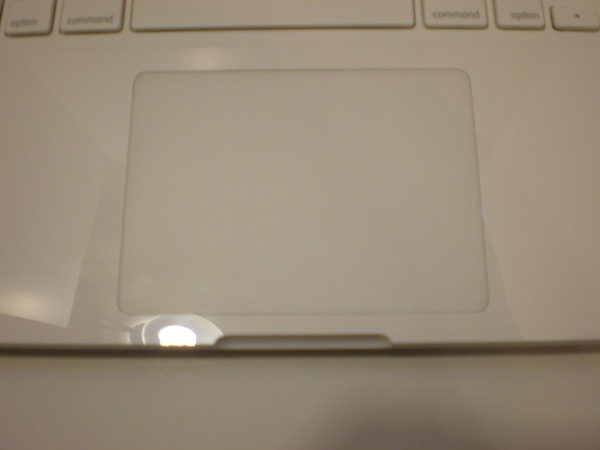 The other major design element is the gigantic trackpad. The trackpad on the MacBook is among the best you’ll find today. The multi-touch gestures are wonderfully implemented, making it easy to switch between applications. The texture of the trackpad’s surface is smooth, providing just a hint of friction. The only thing keeping it from being perfect is the design of the trackpad button. The MacBook has no trackpad buttons to speak of – instead, you press down on the trackpad to click and the entire unit moves. This feels strange, but the real problem is that the force required to depress the trackpad is excessive. My fingers became sore after just fifteen minutes of use. You can avoid sore fingers by using tap-to-click (it is turned off by default) but this would not be an issue if Apple didn’t have an irrational grudge against buttons.

The MacBook’s 13.3 inch display has a resolution of 1280×800. The viewing angles are better than what you’ll find in many other laptops, but they’re still not superb, particularly on the vertical axis. It is a bright display at maximum settings – bright enough to use outside on a sunny day, although the experience isn’t the most comfortable. The display has a glossy finish, but the MacBook does not come with the attractive edge-to-edge glass found on the MacBook Pro and some PC laptops of similar price. This can actually be a blessing in disguise as it cuts down on the occurrence of distracting reflections. 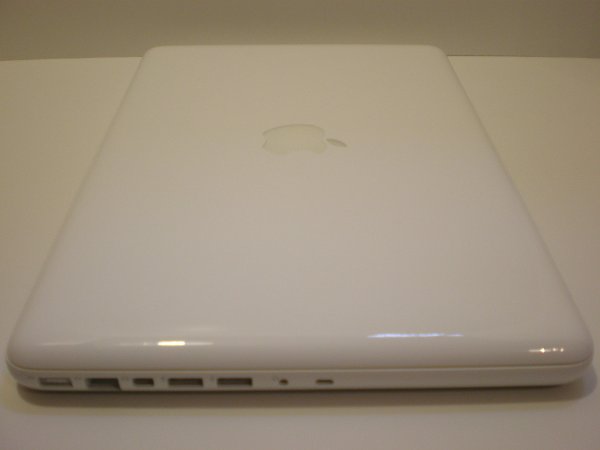 Any discussion of the MacBook would not be complete without mentioning the ports, or lack thereof. On the right side of the MacBook you’ll find two USB connections, an Ethernet jack, a headphone jack, a Mini DisplayPort output and a Kensington Lock mount. And…that’s it. This is a rather pitiful showing, although unsurprising, as MacBooks have always been stingy on port selection. This seems like an odd decision, because the lack of ports could be a real problem for some users.  If you need Firewire or an SD card slot you’ll have no choice but to go for the MacBook Pro or a PC laptop.